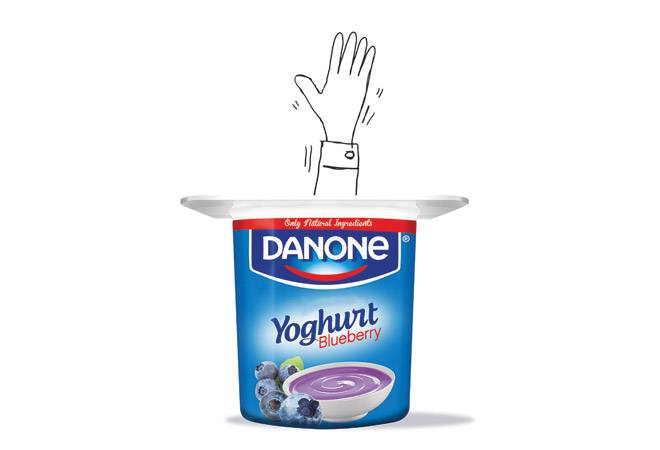 When French yoghurt-maker Danone (post its acrimonious break-up with Britannia) started its second innings in India in 2009, it was considered the most innovative dairy player. With products such as smoothies, flavoured yoghurt (all packaged in UHT packs for increased shelf life), as well as Bengal's mishti doi, the yoghurt-maker nudged incumbents like Amul and Mother Dairy to strengthen their innovation pipeline.

In an interview with Business Today in 2016, Danone's then head of dairy business in India, Jochen Ebert, had emphasised the company's commitment to the Indian market. Ebert said the biggest opportunity lay in the fact that per capita consumption of yoghurt was just 30-40 litres vis-a-vis 300-400 litres in most mature markets.

To capitalise on that opportunity, the company had set up its own milk collection infrastructure in Punjab, built its own cold supply chain and invested in a robust innovation pipeline. "Our experience is that the per capita consumption of yoghurt grows slowly for a very long time, and then it grows steeply. It may take 10 years, but I am quite sure that the value-added segment will play an enormous role," Ebert had said then.

But Ebert moved out of Danone in early 2017. Big players like Amul, Mother Dairy and Nestle became the market leaders in yoghurt, and Danone itself recently exited the dairy business in India altogether.

What went wrong? The recipe for success in the dairy business in India is to invest in procurement. The country's largest dairy co-operative, Amul, for instance, sources 176.5 lakh litres of milk per day, and Danone had just started taking baby steps in that direction. They had pledged their commitment to India just a year earlier, and suddenly they called it quits.

"We have great ambitions for our business in India and remain committed to invest and grow in India through well established brands such as Protinex, Aptamil, Farex, Dexolac and Neocate. In order to maximise growth opportunities, we are

continuously analysing our portfolio and sharpening focus to accelerate investments on the best performing categories and products. Our focus is to bring nutritionally superior and relevant products to India, and 2017 has been a testimony of that with 10 new launches, including some from our global portfolio," says a spokesperson from Danone.

While industry veterans agree that Danone's yoghurts and smoothies were excellent in terms of quality, the biggest flaw in the dairy company's strategy was its narrow focus on yoghurts. "Danone had a single category, which was yoghurt-based products. While the value-added dairy products business is indeed a high margin business, one needs to offer an array of value-added products (just as brands such as Go and Nestle have done) in order to get economies of scale," explains N. Chandramouli, CEO, Trust Research Advisory, a business-efficiency advisory.

If one were to visit a milk booth in a Tier-II town, all that the booth would offer is packaged milk and perhaps a few more products like paneer or ghee. Flavoured yoghurt and smoothies are virtually alien concepts in most parts of India and for a brand to expect scale and profits on a product as nascent as flavoured yoghurt is certainly a risky proposition.

While liquid milk generates just between 6 and 7 per cent EBITDA, curd generates margins of 25-30 per cent, ice-creams 30-35 per cent and cheese as high as 35-40 per cent. But it is impossible to ignore that almost `73,000 crore of the `1, 30,000 crore organised milk industry is dominated by liquid milk in pouches. "To me, the best form of value addition is selling pasteurised milk in pouches. It gives you both scale and brand-building," points out R.S. Sodhi, MD, Amul, who believes that liquid milk gives a dairy company volume growth. Over 50 per cent of Amul's revenue still comes from liquid milk.

Rajesh Srivastav, MD, Rabo Equity (that has invested in Prabhat Dairy), agrees that an Indian dairy company can't afford to ignore liquid milk. "Milk packed in pouches has transformed consumption in India. People have moved away from consuming milk dispensed from cans. There have been value additions, too, as you can choose from full-cream milk, toned milk and other variants. There is also the brand loyalty factor, even in liquid milk... when you buy a brand of milk, there is a premium attached to it."

Srivastav says sustaining a business on the back of only value-added products will definitely take a while. But that doesn't mean it is end of the road for companies dealing with just value-added dairy products. "Focussing on a single dairy product like yoghurt is risky, but companies such as ITC or Britannia, which have a presence in value-added dairy as well as other food products, not being in liquid milk, will not create challenges," points out a dairy industry expert.

While Danone's India strategy has surely been shortsighted, Groupe Lactalis SA, the world's largest dairy company, which purchased a stake in Hyderabad-based Tirumala Milk in 2016, seems to have a firm grip on Indian consumption patterns. Tirumala is essentially into liquid milk and has a robust procurement network. "Value lies in not just the product you sell, but also in the backend.

One of the reasons why the JV between New Zealand-based Fonterra and Britannia didn't work out was because they didn't invest in milk procurement; and milk procured through third-party suppliers was not as good.

Building a strong backend infrastructure takes years in India, unlike global markets, where large corporate farms are the norm. In India, milk collection takes place through farmers who invariably own a maximum of five or six cows. "Most international dairy companies find it difficult to replicate their global models in India and are hesitant about investing in the Indian collection model, which needs patience," points out Sodhi.

So, did Danone India lose patience as profitability was nowhere in sight? Quite likely. Sodhi of Amul says that in India a dairy company can't expect to be national player for the first 25 years.

Ask any Indian FMCG head why Danone failed in India and the answer is: the French dairy major's inability to unlearn its first world lessons. "They owned their distribution and supply chain as they do globally, which will never work in India. Owning a cold chain fleet involves huge costs and will never be profitable. In order to reach every nook and corner of the country, in India one has to depend on a network of distributors," points out the MD of a leading FMCG company.

Since the company didn't have a vast distribution network, it was available mostly in modern retail stores. Danone products were available only in 50,000-odd retail outlets, while Amul and Go sell across five million stores.

What worked against Danone - though it acted as stiff competition to Amul and Nestle - was that its distribution was limited to just six cities, points out the CEO of a leading modern retail company. "The other big reason that played against them was their reluctance to look beyond yoghurt, just because they were successful in yoghurts in rest of the world," he adds. The company tried launching milkshakes and custard, but remained a yoghurt company, a category that is new in India.

Dairy in most developed markets is a high-margin business, but that isn't the case in India. To get higher margins, Danone India priced its products at a huge premium. An 80 gm cup of yoghurt was priced at `25, while Amul and Mother were offering 100 gms at the same price. "There was no compelling reason for me to choose Danone over Mother Dairy and pay a premium," says stockbroker Ranjan Mishra, a diehard yoghurt consumer.

Chandramouli of TRA also believes that Danone made the mistake of painting all of India with a single brush stroke. It failed to understand the diverse food preferences in various parts of the country. "While mishti doi may be a great innovation, I am not sure if it appealed to consumers across the country. In many Indian states, curd isn't a sweet dish. The brand needed to invest significantly in creating a habit to consume curd as a dessert. I don't think they did enough to make it a flavour of India."

Alpana Parida, MD, DY Works - a brand and design-thinking consultancy, believes that Danone always treated India as a "bottom of the pyramid market". "They were neither interested nor did they have an understanding of Indian market."

Parida says that the company had an opportunity to be a significant player in the premium end of the market, but they didn't do enough to get there. "Danone has interesting products such as probiotic yoghurt and formulations for bone density, which the Indian market is ready for."

In fact, start-ups like Epigamia have entered the premium yoghurt market with products such as Greek yoghurt and have been doing well. Greek yoghurt was an afterthought for Danone.

Most multinationals that have dabbled in the Indian dairy industry have burnt their fingers, but does that mean the Indian dairy business will be a stronghold of local players only? Will global giants shy away from the world's largest milk-producing country? While Srivastav of Rabo believes that MNCs will do well only if they accept the peculiarities of the Indian dairy industry, the MD of a leading dairy company sees value in partnering with a global major only for product innovations. "Only an Indian company will understand the nuances of setting up a grassroots connection with farmers," he says.