parse-haired and fast greying Sushil Agarwal, Group CFO of the Rs2,50,000 crore in revenues Aditya Birla conglomerate, never tires of narrating a story of his youth. He was a freshly-minted chartered accountant who had just been inducted into the organisation in 1989. One day, Agarwal was in the office of current Chairman Kumar Mangalam Birla's father Aditya Birla while the latter was on a phone call with his father B.K. Birla. The father-son duo was haggling over the price of pulp that B.K. Birla's Century Pulp and Paper used to supply to Aditya Birla's Indian Rayon (now called AB Nuvo). After nearly 10 minutes when the call ended, Agarwal asked: "Why were you haggling with your father? Eventually, it's within the family". Aditya Birla leaned back on his chair and said, "You are right. But we were both doing our part of the job. He is responsible for one set of shareholders and I am responsible for another." Agarwal likens the incident to his earliest lesson in corporate governance at the group. 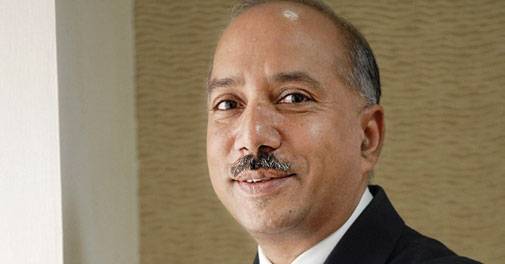 Cut to today: He and his team have been putting to test such stories and all their convincing power in the run-up to the awaited month-long shareholders' voting on the proposed merger between Grasim Industries and AB Nuvo, the two giants which together bring in almost a quarter of the total revenues of the Aditya Birla Group. Grasim comprises large, industrial businesses with stable cash flows with revenues of Rs40,257 crore. AB Nuvo, whose revenue is Rs23,324 crore, is perceived in the market as being in new growth businesses (telecom, insurance, payments bank, financial services), though telecom is an investment-hungry business.

The group believes merging Grasim and AB Nuvo would bring economies of scale and create a huge holding-cum-operating company which would own India's largest cement company Ultratech; India's third largest telecom company Idea Cellular (which is currently in merger talks with Vodafone India) and Aditya Birla Financial Services (ABFS), a fast-growing financial services company with operations in payments bank, life and general insurance and housing finance. Besides, it would have its own operating business of textiles and its value chain. Last fiscal, the textile and textile related businesses of the two entities together generated revenues in excess of Rs14,446 crore and EBITDA of over Rs2,700 crore. The two-stage deal involves AB Nuvo merging into Grasim (15 Grasim shares for 10 AB Nuvo shares). In the second stage, ABFS would demerge from Grasim as a separate listed entity with shareholders getting seven shares of ABFS for five Grasim shares post the listing. As per law, once the proposal is cleared by the National Company Law Tribunal (NCLT), where it is being heard, the group will call for AGMs of both companies giving shareholders about 30 days to understand and vote on the deal. Once three-fourths of shareholders and creditors and the majority of minority shareholders have voted in favour of the proposal, the companies can move towards operationalising it. The group expects the AGM and the voting to be over by end-March or April.

That turnaround in stock value is a result of Agarwal and his team being on mission mode, meeting major stakeholders individually and at multiple fora, explaining the rationale behind the merger. Group chairman Kumar Mangalam Birla personally met the management of LIC, its largest institutional investor with 6.2 per cent equity in Grasim and 4.72 per cent in AB Nuvo, to explain the deal. "There was an over-reaction the moment this transaction was announced. We should have explained the rationale of the merger in greater depth from the beginning," admits Agarwal.

The two companies have some overlapping businesses (textiles and fibres and intermediaries) but also different ones. Grasim produced chemicals such as caustic soda. It also had a cement subsidiary, Ultratech, the biggest cement producer in the country with revenues of over Rs28,784 crore. AB Nuvo is more diversified. Apart from textiles and yarns, it produces insulators, urea and has subsidaries which are in telecom and financial services.

Initially, many analysts saw in the merger an attempt by the group to bulk up its telecom business Idea Cellular for the coming onslaught from Reliance Jio, which hadn't then begun services but was expected to offer rock-bottom rates (Jio launched on September 1 and has been offering free voice and data ever since). Some shareholders raised concerns that cash from Grasim would go to subsidise the telecom businesses.

There were other apprehensions as well: Why was financial services business hived off after the merger, not before? With the combined entity holding a higher promoter stake in Grasim, was this an attempt to shore up promoter holding? There were worries too about how the integration would take place between two entirely different organisations, even if they were part of the same group.

The Aditya Birla group reasoned that the deal was to house all textile and related businesses from Grasim and AB Nuvo under one entity (Grasim); to pair the group's capital-hungry, fast-growing businesses (finance and telecom) with steady businesses (textile) that had strong cash flows; to unlock the value in the financial services business by listing it separately; and, to untangle cross-holdings between the two companies.

The group explains that both Grasim and AB Nuvo (earlier Indian Rayon), besides being holding companies, had identical textile businesses. "The thought was: can we create one company instead of two so-called holding companies? Grasim, primarily, has the textiles business--viscose staple fibre. Considering the large size and scale of its existing business portfolio, Grasim was looking for a new faster growing business opportunity. It does not have any debt on the balance sheet. Currently, theres a net surplus,"avers Agarwal. "On the other hand, having debt on its balance sheet, AB Nuvo needed a stronger parentage for its fastest growing financial services business. The listing of the financial services business was also envisioned which will not only unlock value for the shareholders but will also provide it with the flexibility to independently fund its growth capital requirements," he added.

The group says that would not have served the purpose. IRDA, for instance, had declined the insurance licence to holding company ABFS (being a holding company, it was a shell company with no operation of its own). Instead, it took comfort from AB Nuvo's balance sheet and gave it a licence. The regulator was looking for the backing of a strong balance sheet (merged Grasim, in this case). Also, as a listed entity, ABFS will be required to raise its own growth capital rather than bank on the parent. The group says new Grasim's 57 per cent in ABFS would still leave enough room to dilute stake to raise fresh capital in the future.

Analysts also questioned whether the move was to increase promoter holding in the new entity. Promoters hold 31.3 per cent in Grasim and 58.4 per cent in AB Nuvo. Their holding post merger will be 38.8 per cent.

It's a mathematical thing, says Agarwal. "The deal was not intended to increase the promoters holding. In fact, the promoters holding in AB Nuvo will come down post the merger. The idea was to create a strong parentage from the financial services point of view and faster growth opportunity from Grasims point of view," says Agarwal. He explains the group even decided to extinguish nearly $100 million worth of cross-holding for a cleaner group structure.

InGovern's Subramanian believes, "It's a minor clean-up. They're not doing the exercise for shareholding clean-up." Agarwal disagrees and points out::"We normally take a long term view. Any action on our part is always aimed at creating shareholder value in the long term. Grasims stock split, dividend policy and raising of FII limit from 24 to 49 per cent reflects our commitment towards enhancing shareholder value."

Ratings agency Crisil, which had put Grasim on watch mode the day after the merger announcement, appears convinced. "Clarity was awaited on synergies as well as the extent of support towards the acquired businesses. Crisil has now obtained clarity on the management's stance of support towards the acquired businesses, and therefore, ratings have been removed from watch," it said in a report dated November 2, 2016.

Even adverse reaction from some shareholders at the time of the announcement has mellowed as the group explained its actions. In the past four months, several teams from the Aditya Birla Group have spoken to shareholders telling them how the four different businesses - telecom, financial services, cement and textiles - in the new Grasim hold potential for at least 10-15 years.

Given that stocks of both the companies have registered a significant recovery, the group's collective outreach to its shareholders appears to be bearing fruit. "Post the announcement, AB Nuvo's stock price got corrected to merely adjust as per the swap ratio. The volatility in the stock prices was pre-announcement, mainly because it was misreported," says Ashish Adukia, Head, Corporate Finance, Aditya Birla group. It is this recovery that gives the group confidence for getting shareholders' nod. But there is a twist in the tale. With the group initiating discussions with Vodafone India for a merger with Idea, how the new Grasim's 28 per cent equity in the merged entity will play out remains an unknown. Except that it will be India's largest telecom company by revenues and subscribers. The Aditya Birla group says the merger - if at all - will not impact the new Grasim as its holding in the merged entity will be proportionate to the current holding. That will be music to the ears of shareholders and creditors of the new Grasim who feared they may get burdened with additional debt for Idea Cellular. They could instead bank on a cleaner holding structure with the two companies' textile businesses housed and operating in the new Grasim under its own balance sheet while growth businesses - telecom, financial services (including payments bank, insurance and home finance), and cement - would be independent listed subsidiaries free to raise their own growth capital instead of depending on Grasim.

Yet, they would have the backing of Grasim's balance sheet and its steady cash flows from the textiles business. All eyes are now on the NCLT nod before the merger proposal is put to vote. ~