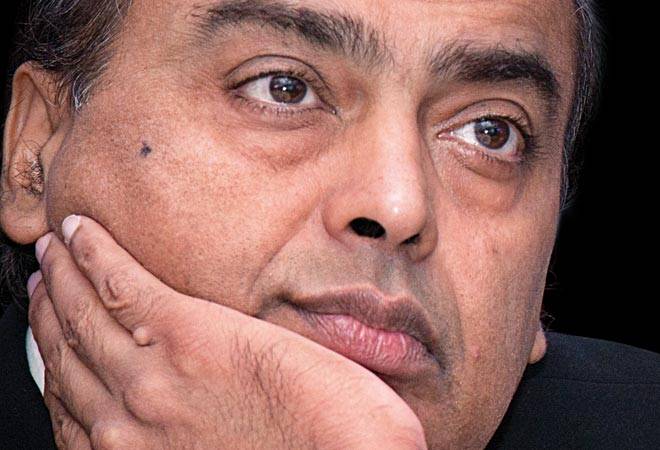 Reliance Industries (RIL), India's largest private oil refiner, is in the final stage of its biggest-ever investment cycle for launching a digital 4G business (Jio), expanding petrochemical facilities and making its refineries more efficient. For RIL, a large capital expenditure cycle is not unusual. However, the sheer scale of the investments this time, and the unusually high debt it is taking for that - remember that founder Dhirubhai Ambani built RIL on the strength of small shareholders and singlehandedly made equity investing popular in India - is making investors jittery. Especially as newer investments such as in shale gas in the US and retail are not adding much to the bottom line, leaving it dependent, some say over-dependent, on refining and petrochemical verticals. RIL's gross debt is Rs 1,81,079 crore. After adjusting for Rs 86,033 crore cash, the net debt comes to around Rs 95,000 crore. While such high debt will put stress on the balance sheet, even hit the bottom line for some time, the question analysts are asking is - can RIL come out unscathed from this debt binge? And, will it be able to again become a net debt-free company, a target that Chairman Mukesh Ambani has set for 2017/18, especially as the cut-throat telecom sector, its latest and largest bet, has been a graveyard of several business ambitions?

The key to these questions lies in RIL's expansion from 2005 to 2009, when its debt quadrupled to Rs 76,250 crore. A lot of this went into the second refinery and the KG D6 block off the Krishna-Godavari basin. After the start of cash flow from these two assets, in 2009/10, RIL's profit before interest, depreciation and tax, or PBIDT, jumped 64.5 per cent to Rs 41,685 crore. The high cash flow from these investments helped RIL achieve resilience of global standards. It started reducing debt on the one hand and accumulating cash on the other. It turned net debt-free in 2011 on a standalone basis. After that, in spite of the sharp fall in gas production from KG D6, it kept generating Rs 40,000-45,000 crore PBIDT a year, partly due to the US shale gas business but largely due to local petrochemical and refining assets.

Shareholders wanted to deploy the cash pile in high-return businesses. But Chairman Mukesh Ambani was cautious because of the global downturn and failure of the E&P programme in India. Still, he invested in shale gas - by acquiring stakes in three joint ventures in the US - and took the big telecom bet.

However, some of the latest ventures have not gone off as smoothly as the earlier ones. The launch of Jio has been delayed, and that too more than once. At the 2013 meeting of shareholders, Ambani had said the launch would take place in 2014. The next year, he said the services would start in 2015. Now, after the 2015/16 results, executives said the rollout would happen in three months, and pan-India operations would start by the end of the year. The company is targeting 100 million subscribers by the end of the first year. The largest player, Bharti Airtel, has 264 million customers, while the second, Vodafone India, has 185 million.

The expansion of petrochemical facilities has also hit a speed bump. According to Nomura analysts Anil Sharma and Ravi Adukia, paraxylene and coke-gasification projects have been delayed. "Reliance's entire ongoing refining and petchem expansion is likely to completed by the end of the financial year with majority of benefits likely to flow from the next financial year," they said in a report.

Alhough one of RIL's earlier investments, the second refinery, has been a show stealer, the $10.5-billion investment in KG D6 is stuck because of the reservoir's geological complexity. At present, D1 and D3 are producing 13-15 mscmd gas, compared with 60 mscmd in 2010. The company, though, has recovered most of its costs by selling gas and 30 per cent stake in upstream assets to BP Plc for $7 billion.

Similarly, shale gas investments in the US, about $8.2 billion, are suffering due to the fall in gas prices. RIL's revenue from the business fell 45.8 per cent to Rs 3,256 crore in 2015/16 compared to the 83.8 per cent fall in earnings before interest and tax, or EBIT, to Rs 316 crore. "We will continue scaling down the investments in shale gas assets because of lower energy prices this year," said RIL's Joint Chief Financial Officer Srikanth Venkatachari. At present, no rigs are in operation in any of the company's US joint ventures. RIL wrote off Rs 3,261 crore as impairment charge after depreciation of asset values in the US. It had, though, got Rs 3,684 crore from sale of stake in the midstream pipeline business in the US.

Organised retail has also not taken off. Reliance Retail initially faced competition from unorganised players and direct competitors such as Big Baazar. Now, the scene has changed with the advent of Amazon, Flipkart and Snapdeal. In the last financial year, it posted revenue and EBIT of Rs 21,612 crore (up 22.5 per cent) and Rs 506 crore (up 21.3 per cent), respectively. Analysts don't foresee any sharp rise in profits from the retail business in the near future.

The debt, say experts, is high but nowhere near crisis levels. This is because RIL's EBIT from refining and petrochemicals, Rs 23,598 crore (up 49.1 per cent) and Rs 10,221 crore (up 23.3 per cent), respectively, in 2015/16, continue to be strong. These two will continue to make a lot of money. Expansion of petrochemical facilities is expected to increase segment revenue by 50 per cent in the next financial year. In 2015/16, too, refining and petrochemical verticals helped RIL post 17.2 per cent growth in net profit to Rs 27,630 crore despite the difficult oil market.

Another area where RIL does extremely well is treasury operations. In 2015/16, it earned Rs 3,026 crore interest income (compared to Rs 4,513 crore in the previous financial year). This was almost the same as the interest paid - Rs 3,316 crore in 2014/15 and Rs 3,608 crore in 2015/16 - which is surprising considering that its gross borrowings are double its cash and cash equivalents. One reason for such a performance is the way it deploys short-term cash. "RIL keeps about Rs 30,000 crore for working capital. The treasury deploys this for the short term at high rates," says a Mumbai-based analyst.

Company executives also say that a big chunk of the loans is either supplier's credit or Exim borrowings - from US, Korea, Germany and Italy. For instance, the investment break-up for Jio is - Rs 45,000 crore equity, Rs 33,000 crore debt and Rs 42,000 crore from creditors for capex and long-term spectrum liabilities. Exim loans have a moratorium of two-three years and low rates. "We have domestic credit rating of AAA from CRISIL and FITCH and investment grade rating for international debt from Moody's (Baa2) and S&P (BBB+). This helps us borrow at low rates from international markets," says an executive.

The management has said that the net debt will peak at Rs 1,15,000 crore by the end of the financial year, according to Kotak Institutional Equities Research analysts Tarun Lakhotia and Simran Kaur. The company will also have to incur working capital expenses, which are relatively lower, for the digital business. That is why the performance of Jio is crucial. RIL is prepared to keep investing till 2020. After that Jio will have to repay loans from its own cash flow.

Ambani said in the 2014 annual general meeting that the company was at an inflection point in its journey to create value for stakeholders. "In the next two years, we will go up in debt to about Rs 60,000 crore. Our goal is to become debt-free by 2017/18 on a much larger base," he said.

For RIL, it sure is going to be a challenging phase.

AskMe is in trouble by spreading itself too fast