Hospitality and Tourism sectors are going back to the drawing board to trim fixed costs, and opting for centralised procurement & sharing of back-end services 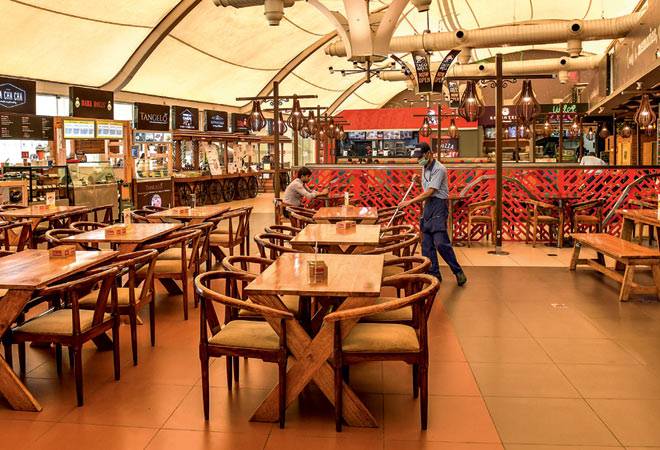 Soon after the coronavirus pandemic began to cause substantial damage in Europe and the US, Arne Sorenson, the CEO of the world's largest hotel chain, Marriott International, posted a short video on social media talking about the impact on the business. The video became viral. Overwhelmed by the damage to the hospitality sector, Marriott in particular, Sorenson, coming close to breaking down, said this was the most difficult video message he had ever pulled together. "In terms of business, Covid-19 is like nothing we have ever seen before. For a company that's 92 years old, that's borne witness to Great Depression, World War-II and many other economic and global crises, that's saying something," he said.

Nearly every CEO and promoter of a hotel chain or a travel company is echoing Sorenson's anguish as coronavirus continues to cause massive damage to the travel and tourism sector. In India alone, the hotel industry is likely to lose business of up to $14.7 billion (Rs 1.1 lakh crore), in addition to slashing about 20 million jobs - mostly in the informal sector which, experts say, will suffer more compared to the organised segment due to its sheer size.

While the government's directive allows hotels to remain operational during the lockdown, near zero occupancy and large-scale cancellations have forced operators to shut their hotels. Sarovar Hotels & Resorts, for instance, has shut 70 of its hotels. Just 16 are operational, as the chain serves some long-term contracts and stranded guests. "That has been the situation with the entire sector. Over 90 per cent hotels in the country are under temporary closure. Our March top line is down almost 50 per cent and the hit in April could be 90-100 per cent," says Ajay Bakaya, Managing Director of Sarovar Hotels.

"The travel sector has come to a standstill. We have taken a decision to go back to the drawing board, and look at the fixed costs that we can reduce, including the IT infrastructure. The management has taken a lead in taking salary cuts. We have seen bigger crises in the past, be it 9/11, SARS, and the closure of some airlines, but the magnitude of this pandemic is really large. The biggest learning for us is to not panic in this situation, and focus on what's important," says Rajesh Magow, co-founder and group CEO of the largest online travel aggregator firm, MakeMyTrip.

Restrictions on travel, gathering of people and social distancing had started affecting room demand from the middle of February, and March turned out to be a whitewash. The scenario is equally devastating in ancillary services such as tour and travel operators (online and offline) and MICE (meetings, incentives, conferences and exhibitions) segments. Vendors and suppliers are also under pressure. "We expect the next two to three months to remain grim with thousands of companies adopting 'work from home' and 'no travel' policies," says Achin Khanna, Managing Partner (Strategic Advisory) at Hotelivate.

Even though it's hard to predict when the sector will rebound, things are going to be pretty different on the other side of these temporary closures. The sector will have to take some hard decisions in terms of controlling costs, in addition to finding new ways of maximising revenues. Nearly 35 per cent hotel costs such as payroll, raw material, power and fuel are fixed. At present, 15-25 per cent employees in branded hotel chains are either casual or on contract. These people will be first ones to be laid off. However, retrenchment will be a short-term measure to tide over the situation. The hotel companies will have to look for ways to minimise costs, including focussing on centralised procurement and sharing of some back-end services.

Nevertheless, the industry has sent a long list of demands to the government. These are moratorium on working capital loans for six-nine months, short-term interest free loans for rebuilding businesses, deferment of statutory dues and GST, and removal of fees for upcoming licences. "India's branded hotel market may completely go under in months unless several dramatic, atypical steps are taken immediately," says Hotelivate's Khanna.

Hotels is a capital intensive business. The cash-flow strapped domestic hotel industry believes it cannot sustain an onslaught of this scale, and it will take a while before travel and tourism resume. "Travel and tourism will be among the last to go back to its previous state because a large part of it is based on discretionary spending. In terms of rebound, there's an indication that domestic travel will pick up first, and inbound travel is likely to remain weak through 2020," says an OTA executive. Considering that tourism contributes nearly 10 per cent to the country's GDP, it is imperative for the sector to rise from the ashes.

Designs for a Comeback