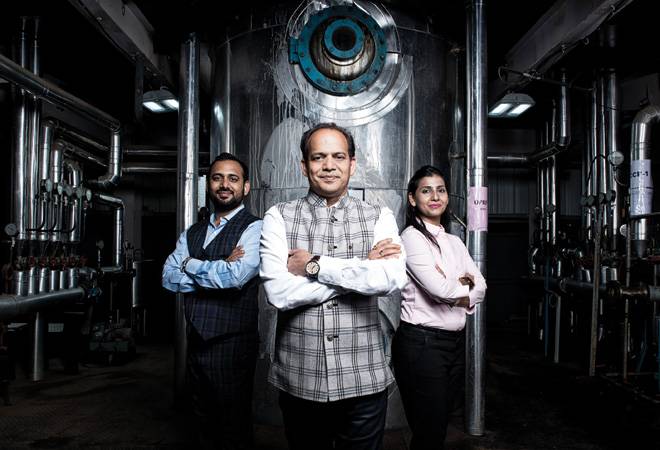 Mukesh Kacholia was trading in chickpeas in 2004. But a government policy changed the fortunes of his company Shanti Overseas (India) in 2014, when Kacholia decided to switch to processed organic soyabean product exports.

"It was all about timing. We had shifted from chickpeas to organic soyabean trading and exports in 2013 as margins in chickpeas were becoming very thin. A year later, the foreign trade policy announced a 5 per cent incentive for value-added soyabean exports," says Kacholia, Chairman and Managing Director of the company. "We planned the project in 2015 and in 2016 started a processing plant in a leased facility. We imported all equipment from the US for manufacturing organic soyabean meal, our main product. Today, 75-80 per cent of our turnover comes from that," says Ayush Kacholia, a director in the company.

The company, which is listed on the NSE's Emerge platform, is also a leading exporter of lecithin and soya crude oil with a turnover of Rs 173.47 crore (2018/19). It aims to be a Rs 1,000 crore company by 2025. Kacholia's sons, Ayush and Rohan, are directors in the company, while Ayush Kacholia's wife, Karuna, a chartered accountant, is the chief financial officer.

Being in Indore provides a locational advantage to the company as 70 per cent of India's organic soyabean is produced within a 150-km radius of the city. Also, India is among the few countries where genetically modified soyabean is not cultivated; it remains a natural habitat for cultivating organic crops.

Ayush Kalochia says increased exports from India have seen the organic soyabean business expand by 25-30 per cent year-on-year. "It will continue to grow because consumer preference is also shifting in the same proportion. In 2015/16, about 1.5 per cent of USA's population used to consume organic soyabean products. In 2019 it is expected to touch 2.25 per cent," he adds.

Anticipating higher demand, in 2017, the company set up a new soyameal manufacturing facility with a capacity to crush 200 tonnes a day, at Dhannad, Indore. Within a year, the new plant's soya oil refinery started operations. At present, Shanti Overseas exports soya lecithin to Europe and sells soya meal to big players of the US, South Korea, the Netherlands and France. Among their major clients are Bushman Organic Farms, Cargill and Cofco International.

Shanti Overseas may get a boost from the ongoing US-China trade war. "China used to supply about 1 million metric tonnes of organic soya to the US. There has been a 15-20 per cent drop in this as the US has increased import duty by 25 per cent and China has taken away 10 per cent export incentive, resulting in a price difference of 35 per cent. So the market has shifted towards India and Ukraine," says Ayush Kacholia. The demand thus created in the US could well be Shanti Overseas' next big moment.