A number of power companies have struggled over the last few years, broke and without fuel. Now, they’re hoping that Anil Ambani loses his court case so they can survive the coming years.

While the Ambani brothers duke it out in the courts over the price of gas that Anil will have to pay Mukesh, a whole bunch of companies is sitting on the sidelines, desperately hoping that Anil comes out the loser in this longdrawn out family spat. Reason? They have no desire to fork out $4.20 per unit of gas while Anil makes merry at $2.34.

The plants run by these companies — which include the 460 MW Konaseema Power, 464 MW Gautami Power, 220 MW GVK Power (I) and 388.5 MW Vemagiri Power, amongst others—were lying idle for two to three years, starved of the lifeblood of gas that they needed as fuel. The developers’ calculations on fuel linkages had gone awfully awry. Says one CEO: “We set up the plant with 70 per cent loans and were paying interest even as our units lay dormant.” 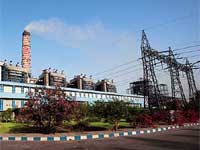 Today, these companies are visibly relieved thanks to Mukesh’s Reliance Industries Ltd. (RIL) opening up its spigot of gas that has breathed new life into them. Since April, these companies have been working nonstop at nearly full capacity in the hope of beginning to recoup all that investor money—not to mention interest payment on debt over the past years—that was ploughed into these projects.

Now, however, just as these companies are hitting their stride, they face the prospect of junior Ambani paying a price that is half of what they are coughing up for gas if he wins his court case—a mammoth competitive disadvantage in both scale and price for these smaller rivals. “This fight is over the price, not the supply of gas,” says a CEO. Consequently, these companies have both written to the government and some have even filed affidavits in the apex court to ensure uninterrupted supply to their plants—an action seen by the younger Ambani as clearly favouring his elder brother.

Meanwhile, is supply of gas in the future also something to be concerned about in this high-stakes power game? After all, companies such as GVK were bleeding because of lack of fuel supply, torpedoing the plans of their investors. The past years even saw power company NTPC bizarrely being squeezed by its sister government organisation, ONGC, over fuel. Plus, in April, RIL inked gas supply deals with nine power companies, which means a lot more fingers in the gas pie.

Girish Solanki, a senior power sector analyst with Angel Broking, says that “it’s true that RIL will eventually produce 80 mmscmd of gas but you cannot count on half of that production till the Supreme Court finally settles the dispute.” If the final judgment goes in favour of either Reliance Natural Resources Ltd. (RNRL) or NTPC or both, the gas supply could go down as much as 40 mmscmd, from 80 mmscmd, predicts a Citigroup report. “That could result in the existing gas-deficient units once again relying on liquid fuels for their energy needs,” it warns.

Until then, these smaller power players will do their bit to scuttle Anil from availing himself of cheap gas for his proposed 7,480 MW Dadri plant. If it doesn’t, that decision could throw these firms once again into yet another battle for survival.

Inside story of Ambani gas war