Back To The Wall

NBFC crisis and indiscriminate borrowing to beef up its subsidiaries is at the root of Reliance Capital's crisis. 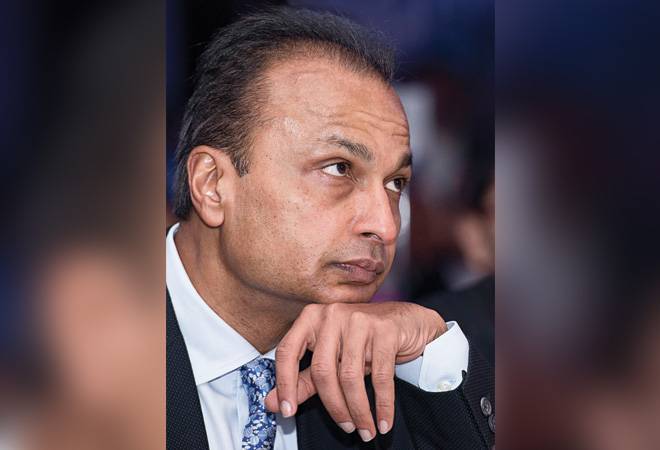 The liquidity crisis that is roiling non-banking finance companies (NBFCs) has hit the one part of Anil Ambani's debt-strapped business empire that was going strong - its financial services business. Three rating agencies - CARE, ICRA and Brickwork - have downgraded the borrowings of Reliance Capital (RCap) and its subsidiaries. The debt crisis, which had overtaken the Reliance Group's telecom, power distribution and media businesses earlier, had an immediate effect on RCap shares, which fell from Rs 184.05 on April 15 to Rs 132.85 on April 30. They have since dropped further to Rs 121.15 (May 7).

CARE lowered the rating of some of RCap's debt instruments to 'D', which means the debt facility is either in default or is expected to be so soon. "The rating revision takes into account the recent instance of rescheduling of non-convertible debentures, and delays in servicing of bank facilities by the company," said CARE.

ICRA pointed out that the repayment amount of two of RCap's subsidiaries, Reliance Commercial Finance (RCFL) and Reliance Home Finance (RHFL), was going to be higher than their cash inflows in the next six months. This means the subsidiaries will have to get capital from elsewhere or they will fail to meet their repayment obligations.

How did RCap's debts reach such an unmanageable position? No doubt, RCap - which has called ICRA's step "unjustified and unwarranted" - is not alone. The entire NBFC sector has been in crisis following the IL&FS crash late last year. But RCap is also paying the price of excessive ambition.

Unrealistic capital investments in its subsidiaries, with scant regard for market dynamics, have burdened it with unserviceable loans. It is well known that its funds were invested on a large scale in other unrelated businesses of Anil Ambani such as television, movies and gaming. Even in the financial services business, its funds were diversified into all possible areas of commercial lending (including small and medium enterprise, or SME, loans, retail loans, microfinance), along with home finance, asset management, insurance and property investments.

RCap tried to scale up massively when the capital market was flush with liquidity after the demonetisation phase. But the objective seemed to be only to gain size. In the third quarter of 2018/19, for instance, its income fell to Rs 5,016 crore from Rs 5,386 crore in the corresponding period the previous year, and yet the loan portfolio of its consumer finance business rose 5.5 per cent to Rs 15,530 crore.

"It used short-term capital to make long-term investments," says V.K. Vijayakumar, Chief Investment Strategist, Geojit Financial Services. But liquidity has dried up following the recent NBFC crisis while short-term borrowings of debt funds that were invested in long-term projects - in group companies of Reliance Communications (which has filed for bankruptcy), and Reliance Power and Reliance Infra - have failed to bring in adequate returns. The cash flow was insufficient to repay the loans. Queries sent by BT to Reliance Capital on April 29 remained unanswered.

RCap has scheduled repayments of non-convertible debentures (NCDs) and commercial papers (CPs) of Rs 593 crore for April, Rs 1,035 crore for May and Rs 718 crore for June 2019. Its subsidiary, RCFL, has informed CARE that it has rescheduled the due date for redemption of Rs 200 crore of NCDs to September 30 from April 19, which will give it a brief respite. (RCap's NCD repayments are around Rs 2,000-3,000 crore a year.)

"As per the banker's feedback, there are delays in debt servicing with some of the banks," CARE analysts wrote in their report.

RCap's options are limited. NCDs of Rs 12,000 crore are expiring before March 2028. It has already utilised all committed credit lines. The promoters have pledged 96.9 per cent of their holdings to raise capital. Its CP borrowings stood at Rs 950 crore in March 2019. In February, L&T Finance and Edelweiss Group liquidated the pledged shares of three Anil Ambani group companies, including RCap, in the open market, causing a steep fall in share prices. "The crisis will hurt its operations as lenders will be reluctant to provide finance," says Deven Choksey, Managing Director, KR Choksey Investment.

Edelweiss said the Reliance Group failed to make timely payments. It added it had granted credit facilities against pledge of shares to Reliance Group and reached out numerous times to the group to address concerns on shortfall in margins and resultant fall in collateral valuation. The group has accused L&T Finance and Edelweiss Group entities of "illegal" and "motivated" actions in invoking the pledged shares.

But RCap's fundamentals remain strong. "Some of its mutual funds such as Reliance Growth Fund and Reliance Small Cap Fund are among the best performing in the country," says Vijayakumar.

In recent times, it has been divesting some of its subsidiaries to meet its debt obligations - it sold Reliance Broadcast Network to the Zee Group for Rs 1,872 crore (but has received only Rs 300 crore so far) and Yatra Online to US-based software company Ebix for Rs 200 crore. It has also shed 9.75 per cent stake in Prime Focus for Rs 156 crore, 19.05 per cent stake in Sula Vineyards for Rs 256 crore, and 14.90 per cent stake in KGS Developers for Rs 82 crore.

But the divestments and fresh issues have failed to bring down the debt of RCap and its group companies. Amit Bapna, RCap's Chief Financial Officer, says more divestments are planned in the coming months through which the company hopes to raise Rs 10,000 crore. These include a stake sale of up to 51 per cent in both RHFL and RCFL, along with the sale of two of its media companies - Codemasters and Prime Focus.

The roots of RCap go a long way. Initially called Reliance Capital and Finance Trust, it was set up by Dhirubhai Ambani in 1986 to draw cheap capital to build his company's petrochemicals and naphtha plants, as well as the TV glass shells and picture tubes that Reliance was making at the time.

The company was involved in steady annuity yielding businesses such as leasing, bill discounting and inter-corporate deposits. Leasing companies could then borrow up to 10 times their share capital, which gave the group enormous financial leverage. After the Ambani brothers split in 2005 and Anil Ambani got RCap, it grew rapidly. In 2005/06, it had consolidated revenues of Rs 947.1 crore and net profit of Rs 581 crore, with a net worth of Rs 4,122.46 crore on March 31, 2006. In 2017/18, its income rose to Rs 19,898 crore, net profit to Rs 1,309 crore, while net worth on the last day of the year was Rs 16,605 crore. It acquired stakes in a range of companies - Adlabs Films, AMP Sanmar Life Insurance Company, Travelmate Services (India), Quant Capital and Codemasters, a UK-based gaming company. It even roped in Sumitomo Mitsui Trust Bank as a strategic partner in 2014 with the hope of setting up a bank, but after the failure to get a licence, the Japanese lender exited in 2017. Observers maintain it has also lost many opportunities while peers such as Bajaj Finserv, Shriram Capital and Capital First (now merged with IDFC) cautiously built business, focussing on their core capabilities.

To rescue RCap, the company also needs to avoid the errors and misjudgements it made with some of its other group companies. Already, the market value of the group has crashed to about $4 billion from $100 billion 10 years ago. Reliance Communications, Reliance Power and Reliance Infra are in serious trouble.

The tremors at RCap come on the heels of the collapse of Reliance Communications. With increasing competition, and failure to choose the right technology, RCom was left with no choice but to sell its assets such as towers, optical fibre and land parcels to repay the loans. The situation could have been salvaged, some insiders maintain, but for Anil Ambani's inflexibility in negotiations with buyers, demanding too high a price for his assets. "He had tremendous faith in the quality of his assets but the situation in telecom had changed dramatically with the entry of Reliance Jio," says a former RCom executive.

RCom also sought a deal with Jio, owned by brother Mukesh Ambani, but this failed to materialise. Anil Ambani even risked ending up in jail when RCom failed to pay Ericsson its dues, but was saved at the last minute when Mukesh Ambani paid on his behalf. RCap had an exposure of roughly Rs 1,500 crore in the bankrupt RCom and the NBFC provisioned it in the last December results. Besides, RCap holds stakes in other group companies directly or through subsidiaries, which means the debt problem of any company can create a ripple effect across the group.

Similarly, some of the subsidiaries have been overly aggressive in pursuing deals, quoting rates that may well be unviable. In March, for instance, Reliance General Insurance bagged the integrated health insurance project of the Kerala government by quoting the lowest premium. Government sources are baffled as to how Reliance can possibly profit from the contract, considering that the other bidders - state-owned New India Assurance, United India Assurance and National Insurance - quoted premiums that were three to four times higher. Some Kerala hospitals have also objected to the award of the project to Reliance claiming it has yet to settle their previous claims amounting to Rs 61 crore.

Observers say negotiations at RCap, especially for sale of its non-core assets, need to done quickly, without setting too high a price. There should be a repayment focussed business plan, while notions of new investments and scaling up plans should be set aside for the time being. Strategic investors like Nippon Life Insurance should be brought in, even if necessary, by ceding management control.