Changes in RBI mandate, new infra financing models and rules for new-age banks can rev up the banking engines 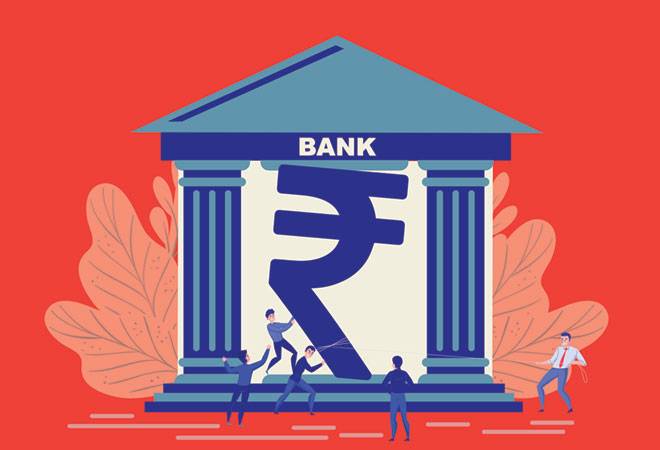 When written in Chinese, the word 'crisis' is composed of two characters - one represents danger, and the other represents opportunity," US President John F. Kennedy once said. The young Kennedy was instrumental in pulling the American economy out of recession in the early 60s.

In today's world, "Covid opportunity" has emerged as the new business lingo among companies, regulators and in government circles. Coronavirus has created a disruption of sorts, and it will require prompt action from both the government and regulators. For instance, the government needs to invest majorly in infrastructure because of falling growth and rising unemployment. But the big infrastructure financiers, the banks, have turned cautious in lending to long-gestation projects.

Similarly, existing banking models such as payments banks, small finance banks and new-age NBFCs built around migrants or urban poor or gig workers are finding themselves in a crisis. With most of their customers losing jobs or going back to villages, the business model of these new players are facing new challenges.

Also, the Reserve Bank Bank of India, which is on a fire-fighting mode at several front from monetary policy, liquidity, currency, regulations, has the additional responsibility of arranging the government debt at the lowest cost. But, with government slipping on the fiscal deficit big time, is it the right time to set up an independent public debt management office?

Development financial institutions (DFIs) are long gone. DFIs-turned banks such as ICICI Bank, IDFC First Bank or IDBI Bank are no longer keen to fund long-gestation projects with high pre-commissioning risks. They have shorter-duration deposits in their books, which creates asset-liability mismatches. Countries such as China and South Korea still have DFIs, wholesale banks, as well as multiple platforms to support long-gestation infra and social projects. In India, there are hardly such institutions or fund-raising mechanisms. For example, local authorities in the US and other developed economies raise bonds to fund sanitation, water, sewerage projects. "India can explore these areas by strengthening municipalities' governance standards as well as improving transparency," suggests Zarin Daruwala, CEO, Standard Chartered India.

Similarly, the government and the regulator should encourage wholesale banks, which were part of the plan to have differentiated banks like payments and small finance banks. But experts says the problem arises when a wholesale bank reaches a certain size, say `1 lakh crore, when the ability to raise long-term finances, especially retail term deposits, gets restricted.

"We have to think in terms of developing capital markets for long-term funding. Banks and other financial institutions can participate for a short duration," says Barendra Kumar Bhoi, Former Head, Monetary Policy Department, RBI. "We should develop the market for credit default swaps (CDS). In these times of extreme risk aversion, the market can still be active with CDS," says Samuel Joseph Jebaraj, Deputy MD, IDBI Bank.

In the last six years, the government has taken measures, including setting up of an independent Banks Board Bureau for recommending CEOs and directors for PSBs. The next logical step was to create a holding company or Bank Investment Company for PSBs as suggested by the RBI-appointed P.J. Nayak Committee. "The government is the holding company for public banks. They are also regulated by the government. A separate institution will be good," says Bimal Jalan, former governor of RBI.

After a series of bank mergers, there are now a dozen large PSBs. "There should be a material change in governance, efficiency, corporate governance. The merger or consolidation should be seen in terms if efficiency," says Bhoi. "Legal reforms are highly desirable to empower the RBI to fully exercise the same responsibility for PSBs as private banks," former RBI Governor Urjit Patel had said before demitting office in December 2018.

Regulations for non-banking financial companies (NBFCs) need to be strengthened in the light of emergence of Fintechs, new-age NBFCs and peer-to-peer (P2P) players. These new models are catering to the under-banked and under-served segments, and need to be encouraged.

Also, the Insolvency & Bankruptcy Code (IBC) for corporate restructuring is gradually stabilising, but the risk of financial majors going bankrupt is also rising. Yes Bank's bailout by SBI and private players, and LIC bailing out IDBI Bank are cases in point. Existing strong institutions won't be able to always absorb the losses of bailing out weak ones. While efforts to set up an institutional framework for the financial services sector have failed, there is now an urgent need for a law. "We should have a full-fledged insolvency law covering all categories of financial services companies and including personal insolvency, which needs to be notified," says Jebaraj of IDBI Bank. The Indian Banks Association (IBA) has suggested setting up of a Bad Bank as it would help banks park assets, which have long-term potential, in a separate entity, instead of taking them to cleaners.

The RBI wears multiple hats - managing monetary policy, currency, regulating banks, managing financial stability, lender of the last resort and also the government's debt manager. Now, the task of managing the government's borrowing programme has also fallen upon the RBI. In fact, the borrowing target has almost doubled from the FY21 budgeted figure. The issue of conflict of interest often arises because the RBI being the monetary authority sets interest rates and also ensures that the government gets to pay lowest on its debt paper. There is a long-standing demand of having an independent Debt Management Office, but not much progress has been made. An independent office will put pressure on the government to be more prudent because of the higher interest burden, while the RBI will focus on its inflation-targeting role.

The time, therefore, is just right to undertake structural reforms in the sector.