The over 63 million small and medium enterprises (SMEs) in India are going through a period of churn. At one side, new technologies that include artificial intelligence, cloud computing, machine learning and internet of things have made it easier for SMEs to operate and achieve targets. But at the other end, they are witness to disruptions caused by changes in business models and new government policies. These disruptions are helping the smartest SMEs perform better, while others are finding the disruption painful.

But one thing is for sure. SMEs just cannot be ignored in India, for multiple reasons. SMEs contribute about 45 per cent to India's manufacturing output and account for over 40 per cent of exports. They also account for over 28 per cent of India's GDP and employ about 111 million people, being the second biggest employer after agriculture. This makes them hard to ignore; a fact that reflects in the various attempts by the government to give small businesses a boost.

The Narendra Modi government is attempting to streamline multiple labour laws into a set of four labour codes, which is expected to reduce disputes. The Union Budget 2019/20 has, meanwhile, allocated Rs 350 crore for 2 per cent interest subvention (on fresh loans) to all GST-registered SMEs under an interest subvention scheme. A payment platform for SMEs is also in the works to enable filing of bills to eliminate delays in government payments. 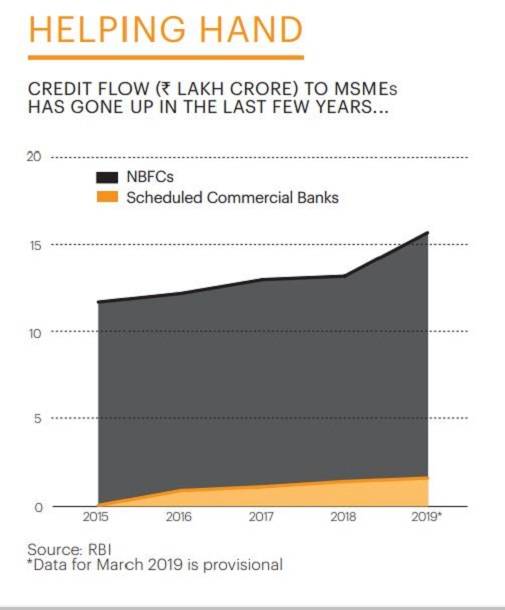 The MUDRA loan is another attempt to provide easy loans to small entrepreneurs. New models of financing like loan approvals within 59 minutes are being tried out. Even demonetisation was projected as an attempt to nudge SMEs out of the cash economy and make them digitally savvy. However, that led to many SMEs having to shut shop. What is common in these measures is that they all aim to increase the funding available to MSMEs. The Economic Survey identifies slower credit flow to SMEs and MSMEs as one of the reasons for subdued manufacturing activity leading to industrial growth rate in terms of Index of Industrial Production (IIP) during 2018/19 declining to 3.6 per cent compared to 4.4 per cent in 2017/18.

In an interaction at the National Council Session of the CII in Delhi on August 9, Finance Minister Nirmala Sitharaman acknowledged delayed payments by government departments and agencies as one of the problems that require immediate attention. "Delayed payments to MSMEs are estimated at about Rs 48,000 crore. As the first step, the government will be releasing amounts which are not under litigation," she had pointed out.

Caught In a Trap

We look at the success stories of five SMEs that have been nimble footed in not only navigating obstacles but also making use of opportunities. At the same time it is also important to understand what can trigger growth in the sector.

On August 6, the Modi government enacted a new Consumer Protection Bill, 2019, to replace the Consumer Protection Act, 1986. One feature of the new law is a clause that allows prosecution of manufacturers, service providers or product sellers for damage or injury caused by defective products or deficiency in services. About a month back, the National Green Tribunal (NGT) set a three-month deadline to close all highly polluting industries in chosen industrial clusters of the country. While both the initiatives are laudable, the possibility of faulty implementation is worrying tens of thousands of SMEs and MSMEs.

"Seventy five per cent of food products are sold through household, micro and small units in India. These MSMEs are short of capital, knowhow, time and skilled labour, and hence are unable to check the quality of the raw material they use. The food department has not prescribed any permissible impurity level for several products they make, such as instant powder, papads, etc," says Vipin Kumar Jain, Madhya Pradesh Small Scale Industries Organisation (MPSSIO). "Any impurity in the final product, which could be due to adulteration at any level - farmer, wholesaler or retailer of raw material - can now result in prosecution of such manufacturers," Jain adds. 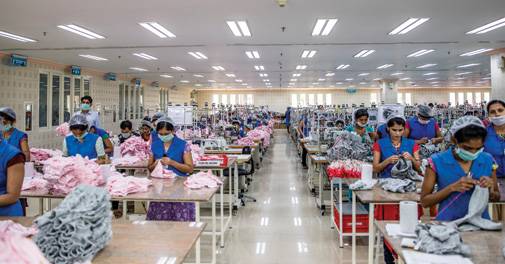 With the Central Pollution Control Board (CPCB) set to implement the NGT directive, a similar worry plagues industrial clusters. "Over 25,000 MSMEs are facing closure by September-end due to the NGT order," says Sushil Kumar Aggarwal, Co-chairman (Northern Region) of the CII's MSME Council.

While no one disputes the intention behind the government initiatives, they argue that the full impact must be considered. "Cases should be filed against producers only on the basis of actual complaints from consumers. No official should be allowed to take random samples and file cases against entrepreneurs on the basis of test results that are arbitrarily interpreted," says Jain of MPSSIO. Aggarwal suggests that instead of shutting down units that pollute water, the government should set up common effluent treatment plants in such clusters and "eliminate the pollution problem without impacting businesses".

The initiatives of the consumer affairs ministry and the NGT are mere illustrations of the adverse impact that even well meaning developments can have on smaller enterprises. This was evident in the implementation of the Goods and Services Tax (GST) during the first term of the Modi government. Contrary to expectations of beneficial outcome, small businesses were the most affected by the hurried implementation of GST, which followed demonetisation.

The ongoing corrective action by the Reserve Bank of India (RBI) to reduce the non-performing asset (NPA) levels of financial institutions has resulted in a vital resource for SMEs and MSMEs - capital - being squeezed.

Anil Bhardwaj, Secretary General of Federation of Indian Micro Small & Medium Enterprises (FISME), says the immediate problem that many businesses are facing is availability of credit. "Banks have unilaterally hiked the claim period of a bank guarantee (BG) to 12 months. As this requires collateral, plus margin money plus fee for the period of the BG, extending the claim period by a year is extremely burdensome. The Bank Loan Rating (BLR) instructions by the RBI to banks requiring a third-party credit rating on loans (fund and non-fund based) above Rs 5 crore is an absolutely futile exercise which benefits neither the borrower nor the lender. It needs to be done away with and replaced by banks' own credit rating models," he says.

Since India's ratification of the BASEL-II norms, prudential measures have increased in a manner that is hurting SMEs. "Not only the BLR (bank loan rating), but the Special Mention Accounts are extremely impractical. It is strangulating the functioning of SMEs," says Bhardwaj.

The government and the RBI are aware of the problems that small businesses are facing. In December 2018, the RBI constituted an expert committee under the leadership of U.K. Sinha, former Chairman of the Securities and Exchanges Board of India (Sebi), to propose long-term solutions for the economic and financial sustainability of the SME and MSME sector. The committee studied the impact of the recent economic reforms on the sector and identified the structural problems that are affecting its growth. It examined the factors that affect the timely and adequate availability of finance to the sector, global best practices, existing SME and MSME focussed policies and their impact. Last month, the committee came out with many suggestions on measures to leverage technology to accelerate the growth of the sector and provide long-term solutions.

Even as the government looks into these suggestions, it could be more thorough and sensitive in studying the impact that its reforms will have on small businesses. The Consumer Protection Bill, 2019, and adhering to the NGT rulings are mere reminders.