Unemployment, liquidity crunch and scepticism around monsoons may have resulted in a consumption dip, but the appetite to consume very much exists. Prabhakar Badlerao, who owns a grape farm on 10 hectares in the village of Vadnerbhairav near Nashik, is perturbed despite a bumper yield this year. The rain gods have not been kind during the last year and the 50-year-old is wondering whether he should postpone his much awaited SUV purchase by a few more months. "Last season, I spent close to Rs 50,000 buying water for irrigation and another Rs 50,000 on hiring a generator. The monsoon prediction this year is not very encouraging either; you never know, I may have to invest in water and generator again," remarks Badlerao in chaste Marathi, as he puts an anti-humidity spray on his crop.

Minutes away from Badlerao's home is Rushi Ruhare's consumer durable store. His sales have halved in the past few months. "Last year, I sold around 20 refrigerators; this year, barely eight. It's not that people don't have money; they are being cautious," he explains. Up North, in the town of Aakera in Rewari, Haryana, Shravan Singh, who runs a general store, an apparel store and a home appliance store, says sales have dipped by 30 per cent in the past few months. "My Deepawali sales were good, but there has been a sharp dip after that." Aakera used to have many iron and steel workshops, but those have gone away post the introduction of GST, and migrant labourers have moved out. "Earlier, before they went to their villages, they would buy new clothes, deodorants, belts and hair gels for their family. That demand has stopped completely," says Singh. Rahul Goyal, who runs a bathroom fittings store in Bulandshahr in Uttar Pradesh, says almost 50 per cent of his clientele is from the adjoining rural markets and he wonders why they have stopped consuming despite a good harvest of rabi and kharif crops.

Rural markets across the country have been facing an imminent slowdown for the past few months. Apart from an all-time high unemployment rate of 7.2 per cent and general scepticism around the Lok Sabha elections which has led to a consumption slowdown, an agrarian crisis due to surplus yields has added to the woes. Surplus production has led to over-supply and lower minimum support prices (MSPs). In Pimpalgaon, on the outskirts of Nashik, and known for its red onions, a bumper crop meant onion prices falling from Rs 3,000 per quintal to about Rs 800-1,000 per quintal. Over 25 per cent of the onions used to be exported to Pakistan, but this has stopped. Farmers have had no choice but to sell at a lower price in the local market. "The only reason for the agrarian crisis is a problem of plenty, which has dipped prices, affecting farmers' profitability," says Balram Yadav, MD, Godrej Agrovet. Policies such as GST had an impact on a lot of unorganised local businesses. Government spending also reduced closer to elections. The government had announced Rs 6,000 a year in three equal instalments to an estimated 120 million farmers with less than 2 hectares of land, but at the time of polls less than half of the farmers had got the first instalment.

"In the last two quarters, people suddenly got into the wait and watch mode, in view of elections being around the corner and as predictions of monsoon being average or lower than average started flowing in. These are important aspects from a point of view of rural consumption," says Iyer of Mahindra Finance, which has experienced a dip in business. "People aren't feeling the urgency to acquire even if there is a need to buy. If I wanted to buy a car, I would say why can't I wait for some more time," he says. 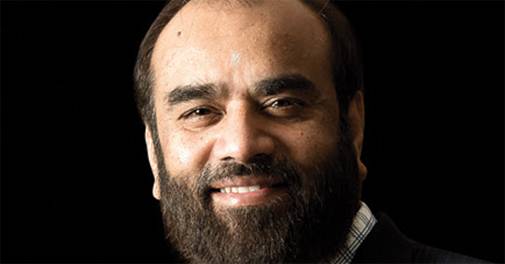 Rural consumers (850 million) contribute about 50 per cent to the country's GDP. A dip in consumption is bound to hurt earnings of companies. The country's biggest FMCG company, Hindustan Unilever, posted a 7 per cent volume growth in the last quarter of 2018/19, as opposed to growth rates between 12 per cent and 15 per cent in the earlier quarters. Dabur India and Godrej Consumer Products posted volume growth rates of just 4 per cent and 1 per cent, respectively.

Roopchand Bagmar, who runs a grocery store in Nashik, says people have been buying smaller pack sizes of soaps, shampoos and even snacks. "Consumers have not altogether stopped buying bigger packs, but I am left with quite a bit of stock of bigger packs." Biscuit maker, Parle Products, for instance, sees at least 2-3 per cent incremental sales during elections when political parties buy biscuits in bulk for the party workers, but this time around there was no such trend, says Mayank Shah, Senior Category Head, Parle Products. "Growth at an industry level has tapered from 12-15 per cent to 8-9 per cent."

The slowdown has severely impacted the growth of automobile and consumer durable companies too. And this time, it is not just a rural phenomenon. Anirban Bose, an administrative clerk at a prominent South Kolkata hospital, has been looking to upgrade his 6-year-old Wagon R for the last 15 months. He has deferred his plans multiple times as he is not sure if he can afford to pay the EMI for a new car. "I am not sure if I will get a decent hike this year and my expenses are not going down. So it's better to wait," he says. Rashid Ali in Jalore, a small town in Rajasthan, had to postpone buying a motorcycle due to a slowdown in his field of work - providing logistics services to numerous granite mines in the vicinity.

Auto sales in 2018/19 grew by just 2.7 per cent, the slowest in five years. "In three of the four quarters of fiscal 2019, we registered a decline in sales in the urban pockets where our overall sales for the fiscal was down by 2 per cent," says R.C. Bhargava, Chairman, Maruti Suzuki India Ltd, which sells one of every two cars in the country. "For us, rural markets were more resilient but there has been a slowdown there as well. In the first three quarters, that segment grew in double digits for us, but it has come down to just 2 per cent in the last quarter (January-March 2019)," he adds.

Lower urban consumption has been equally painful as rural consumption for consumer durable companies such as Godrej Appliances. While the company saw a healthy growth of 18 per cent in a category like refrigerators in rural markets, in urban markets, this has been barely 2 per cent in the past few months.

"The behaviour of spending less has been felt in both urban and rural markets. Economic volatility and frequent reports of job loss have created a sentiment of uncertainty in urban markets too," says Kamal Nandi, Business Head, Godrej Appliances. 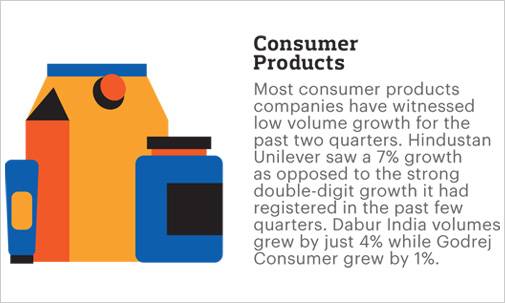 But the sector to have suffered the most is real estate. Supply of houses and prices kept increasing till 2014, while sales declined. Between 2009 and 2018, while housing sales grew 1.28 times, the inventory increased 3.3 times. "Had sales grown in tandem with supply, the market would have been healthy. But supply moved up and sales remained almost static due to almost doubling of property prices. Combined with an economic slowdown, consumption took a severe beating," says Pankaj Kapoor, Founder and MD of real estate consultancy Liases Foras.

Today, there are over 940,000 unsold houses in India's top eight cities. With growth of jobs, corporate earnings as well as household savings reducing, consumer sentiment towards housing will not revive soon. The government has been trying to incentivise housing sales by offering sops for second homes as well as slashing GST to just 1 per cent for affordable homes, but this has not helped lift sentiment.

Five out of eight tier-I cities witnessed a drop in sales in the March quarter, with the maximum decline in NCR (9 per cent) followed by Pune (per cent) and Mumbai Metropolitan Region at 7 per cent.

Anuj Sethi, Senior Director, Crisil, expects the consumption growth rate to moderate by 200 basis points in 2019-20. "If the monsoons are not satisfactory, the growth rates we have predicted will reduce by a few more points." Companies are preparing to face the challenge. FMCG companies are not just promoting smaller SKUs, they are also strengthening direct distribution in even smaller locations. Yogesh Khanapara, owner of Raj Kirana store in the village of Lasangaon, in the Nashik district, says P&G's fabric whitener brand, Vanish, an aspirational product, was earlier not made available at his store. Shah of Parle Products says the company has increased direct distribution in rural markets by over 8 per cent last year. Lalit Malik, CFO, Dabur India, says, "We have aligned our inventory so that we don't lose sales, but at the same time, we are investing in improving our direct reach. From 46,000 villages we currently service, the plan is to reach out to 56,000 villages." 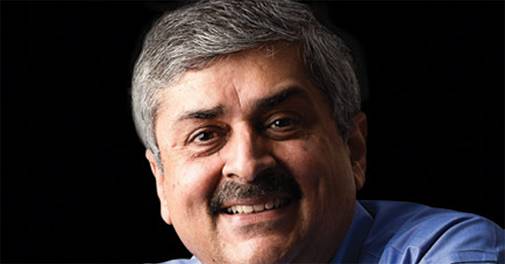 Pidilite, makers of Fevicol, has kicked off a rural programme to train consumers, says the company's MD, Bharat Puri. He says that since a large part of their consumers especially in rural markets have never used their products, the company's focus even in a slow market is more on building the category. "When you are struggling with non-consumption, you make double the effort in getting more people to consume your products rather than focussing on taking away market from others."

Fashion retail chain V-Mart, which has a large presence in Tier III and IV markets has witnessed a 15 per cent dip in same store sales in the past few months. An offer of shopping voucher worth Rs 500 on a bill of Rs 500 helped pull in consumers, but "after the scheme got over, there was a dip in sales again. So, we have restarted the scheme and the sale numbers have started to improve," claims Lalit Agarwal, MD, V-Mart.

The big question now is whether consumption will see a revival after the formation of the new government. Yadav of Godrej Agrovet believes the real challenge for the government would be to create employment outside of agriculture. "Which ever government has been able to move big populations from agriculture has been able to make agriculture more sustainable. If you have a 10-acre farm, your ability to take a loan and access to government schemes is better. There will always be a problem with sub-five acres of land. You have to eliminate them from agriculture and put them in manufacturing or infrastructure," he says.

Sonal Verma, MD and Chief India Economist, Nomura, says consumption can be revived through short-term measures or more durable steps. "Short-cuts could be through fiscal and monetary measures but if we want a more long-term improvement, it has to be backed by job creation and rural income picking up."

According to Madan Sabnavis, Chief Economist, Care Ratings, the government cannot generate consumption for households unless it provides an enabling environment for business es. "Spending power has to be created first. It has to be at all income levels. E-commerce and retail along with construction can provide these opportunities and are growing at a good pace."

The writing on the wall for the new government is clear. It has to urgently create jobs and increase the ability to spend. More importantly, the job creation has to be outside of agriculture. Optimists such as Iyer of Mahindra Finance are already hoping for a boom in consumption in the second half of this fiscal once the new government loosens its purse strings.