Banking on the Best

Last year's best large bank, Mumbai-based Axis Bank, has emerged the most consistent performer over a three-year period in the BT-KPMG Best Banks study. Key changes in top leadership, a strong brand, durable relationships and a welldiversified revenue portfolio have been its growth drivers since 2008. The bank offers services to corporate clients, SMEs and retail customers, comprising, respectively, 53 per cent, 27 per cent and 20 per cent of its business.

Although the Indian banking sector has been hit hard by the double whammy of high interest rates and general economic slowdown, Axis is partly insulated as a significant chunk - 70.6 per cent - of its revenues comes from noninterest income, or NII, which includes fee income and treasury operations. To further strengthen its NII, the bank is in the process of acquiring the broking and investment banking arm of brokerage firm Enam Securities. "Our business model is characterised by strengths in corporate lending, particularly in syndication and term lending," says CEO & MD Shikha Sharma, who is now keenly developing leadership at different levels in the organisation.

"Many people don't realise that the most important change that has happened at Axis Bank in recent times is the appointment of Shikha [in 2009]," says Amar Chandramohan, senior analyst at Hedge Equities. "The kind of decisions she has taken of late, she is building a legacy that will remain for years to come." Decisions include doing away with the private equity business and creating leaders at lower levels.

Axis Bank will continue to strengthen its retail banking franchise, both from the asset as well as the deposit perspective in coming years. It already has a strong CASA -current account, savings account - deposit ratio of 44 per cent. As the bank goes about increasing its retail branch presence, maintaining the current CASA ratio will keep profitability at a healthy level. "We have ensured stability in funding profile despite high growth in assets," says Sharma. "The bank is focusing on long-term themes that aim to deliver growth combined with profitability - gaining market share while delivering above industry average ROA and attractive ROEs." (ROA is return on assets, ROE stands for return on equity.) In short, Axis Bank intends to stay ahead. 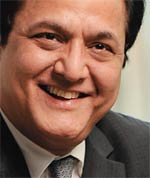 One of India's youngest banks, YES Bank is also among the fastest growing. This year, it joined the likes of Bank of Baroda, HDFC Bank and Axis Bank in the large banks' category, at No. 4. Last year, it had aimed to achieve a balance sheet size of Rs 1.5 trillion and a branch network of 750 by 2015. In the first year of its mission (FY 2011), it has recorded an impressive 54 per cent growth in advances to Rs 34,364 crore and 71 per cent in deposits to Rs 45,939 crore, despite a tight liquidity environment. Next, the institution-oriented bank is shifting focus to retail banking, with home loans, personal loans, credit cards and retail broking operations slated for launch. "In the first six years, we were driven by gut entrepreneurship; the next four years will be organised entrepreneurship," says CEO & MD Rana Kapoor. YES Bank's quality of assets is exceptional.

Gross NPAs stood at 0.23 per cent of total advances in 2010/11 and net NPAs, at 0.03 per cent. "This is mainly due to prudent credit disbursements, regular follow-ups and a meticulous risk management approach," says Kapoor. IDBI Bank's Chairman and Managing Director R.M. Malla believes the bank's improved productivity and efficiency are directly related to the fresh blood infused after 2004. "We have recruited over 11,000 people in seven years, which has brought down the overall average age of the bank's employees to 33 years, the lowest among all public sector banks and comparable to many private sector banks," he says. That is a remarkable change for a firm that was founded in 1964 as a development financial institution, and converted into a full-fledged public sector bank - with legacy issues - only in 2004. Initially, IDBI Bank had to rely on high-cost corporate deposits. But over the past seven years, it has attracted plenty of retail customers by increasing its branch network, which has resulted in sizeable low-cost CASA deposits. Historically, IDBI Bank has had the lowest NIM - net interest margin - in the industry. "Due to our background, we still remain the first port of call of credit for many infrastructure companies," says Malla. But the bank's approach has changed. "We advise, appraise and partly fund, but we take up only those projects that leave us with considerable spread," he adds. Pursuing aggressive growth without compromising asset quality is a challenge for any bank. But the 95-year-old Karur Vysya Bank has done it with ease. This Tamil Nadu-based bank has grown its asset base six times, from Rs 3,000 crore to Rs 18,000 crore, in the past six years but its net NPA is a low 0.08 per cent. A set of written and unwritten rules has made this bank with a total business of Rs 47,000 crore, 401 branches, 605 ATMs and 5,000-plus employees manage rapid as well as profitable growth. "Most of our customers are longstanding and we prefer to grow with them,'' says K. Venkataraman, MD & CEO of the bank, which funds SMEs to the extent of 48 per cent of its total advances. There are other dos and don'ts as well. "We restrict our retail exposure, do most large corporate funding through consortiums, focus on manufacturing clients, avoid high-risk exposure and prefer integrated business units to standalone ones,'' he adds. These guidelines have helped. The bank has not only posted profits since inception in 1916 but has also stayed ahead in the quality of its assets. 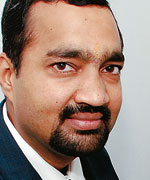 With 107 years behind it, City Union Bank, based in Kumbakonam, Tamil Nadu, may be the oldest private bank in the country. But when it came to embracing technology - bank automation and core banking - it was among the fastest. That has paid off. In the past 10 years, its business has grown 10 times to Rs 25,000 crore and branches doubled to 280, without much staff addition. "We grew seven times between 2000/01 and 2008/09 without any manpower addition because of technology adoption,'' says N. Kamakodi, MD & CEO. Also, instead of cutting staff through voluntary retirement schemes, it chose to re-skill them. They responded by making the bank the best at productivity and efficiency. Its operating profit per employee and cost to income ratio are the most impressive among mid-sized banks. It has also posted profits and distributed dividend for over 100 successive years, and has never lost even an hour to labour unrest.

The failure of its 2008 rights issue sparked the turnaround of Kerala-based Dhanlaxmi Bank. At the time, it was a regional player with a small segment of customers including shopkeepers and rural borrowers. It was understaffed and was growing slowly. Taking a cue from investors, Chairman G.N. Bajpai decided to make some structural changes. To begin with, he hired a new MD & CEO, Amitabh Chaturvedi, in October 2008. Chaturvedi spearheaded the bank's push into corporate lending, microfinance, retail, SME and agriculture while expanding its reach to 14 states from six. He also hired over 3,300 new employees in 36 months, up from 1,411 in 2008. In the past three years, the bank has emerged as one of the fastest growing mid-size private sector banks. "With right products and quick servicing of clients, the bank has made significant inroads in different segments," says Chaturvedi. "The initial gestation period is over and we will now focus on profitability." Recent allegations by All India Bank Officers Confederation, a Keralabased state union, on accounts fudging has taken some sheen off, though the management has denied any wrongdoing. In 2009, when US-based JPMorgan Chase set up a Global Corporate Bank, or GCB, unit in India, it wanted to integrate its three lines of businesses - asset and wealth management, commercial banking and investment banking - into one and offer a bouquet of services. "Earlier our engagement with clients was more tactical," says CEO Kalpana Morparia. "So, if we had done some trade financing or forex transactions with a particular client, we were not digging deep enough to see what else we could do with them." The GCB now serves up cash management, lending, trade financing, forex needs, derivative transactions and payroll accounting. It has also made good use of Indian companies venturing overseas for business. "With our global network, we can leverage our understanding of different markets and service clients better than any local bank," she says. As a result, in three years, while MNC clients have tripled, Indian clients have also doubled. What has helped as well is that the India unit has a fair amount of approving authority and autonomy. Like Karur Vysya Bank, Mizuho Corporate Bank, the Indian arm of Japan's Mizuho Financial Group, has also achieved high growth without compromising asset quality. Even as it grew its profits by 256 per cent to Rs 73 crore and revenues by 63 per cent to Rs 221 crore in 2010/11, it also maintained its NPA at zero per cent. "As compared to 267 firms in 2006, there are 725 Japanese companies operating in the country as of now," says Ikuo Shinjo, CEO (India). "We cater to roughly 40 per cent of them."

Apart from converting big-ticket Japanese yen investments into rupees and pocketing a fee income, the bank also lends money to Indian and Japanese firms. "When a loan is given, the credit committee discusses possible downside risks," says Shinjo. "Also, for new Japanese companies in India, we try and obtain guarantees from the parent." No wonder Mizuho's parent company injected fresh capital of Rs 2,400 crore last October to expand the lending business. For a bank growing at over 20 per cent annually, maintaining asset quality can be tough. But not for Bank of America, which boasts zero per cent net NPA, or non-performing assets. To keep its NPAs low, the bank uses comprehensive risk mitigation tools that are a mixture of Reserve Bank of India mandated rules and those followed by its parent in the US. "We have prepared an internal risk rating procedure in which we track the results of borrowing companies and their future outlook. We have a ratings score card aligned to global standards. Every quarter, we see whether the ratings hold true or not," says Kaku Nakhate, Country Head and President, Bank of America. Based on the results, the bank decides whether it can lend more to a customer.

All this due diligence is done by 15 credit analysts in Mumbai -besides a global analyst network. The job of the analysts is to continually assess risks at company, sectoral and portfolio levels.