Strides Arcolab founder and Group CEO Arun Kumar is reinventing the company with an eye on new opportunities. 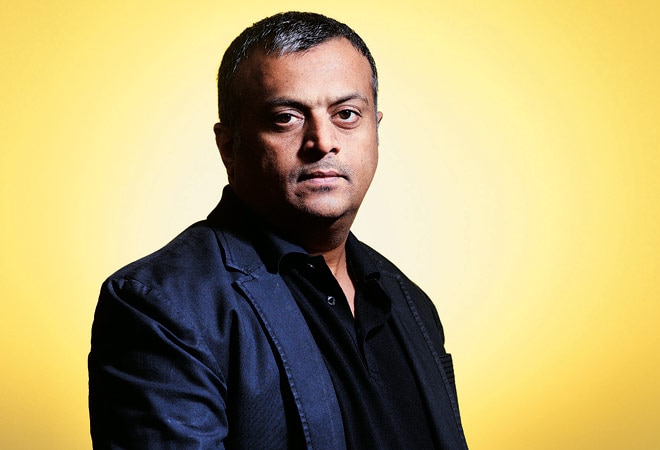 Arun Kumar, 53, Founder and Group CEO of drugmaker Strides Arcolab, made headlines in February last year when he sold Strides' injectibles business - called Agila Specialties - to US pharma giant Mylan for a whopping $1.65 billion. This was more than three times Strides' revenue of around $500 million at the time and indeed more than the $1.3 billion Mylan garnered from the Asia Pacific region. "He has the ability to spot great opportunities," says Sarath Naru, Managing Partner of venture capital firm Ventureast, who has known Kumar for many years. "He is passionate about building a business but also pragmatic enough to know where he can add value in a business and when to exit."

Kumar had displayed similar instincts earlier too, though on a much smaller scale. In 2006, he made a killing when he cashed out his angel investment in education services provider Everonn System (later Everonn Education). His return of Rs 100 crore was five times his net worth in Strides at the time.

About Arun Kumar
Hailing from Kerala but brought up in Ooty, the son of a government servant, Kumar left home at 21 to seek his fortune in Mumbai. He worked with a couple of pharma companies for eight years before setting up Strides at Vashi, Navi Mumbai, in 1990. (The registered office remains in Navi Mumbai, though Bangalore is now its effective headquarters.) The company expanded rapidly in the decade 1996 to 2006 but piled on debt as well. With some corrections and refocusing, Strides recovered to build success stories like Agila.

"Being an entrepreneur, and especially a first-generation entrepreneur, calls for strong character," says Kumar. "I thank my dad for instilling discipline in me and promptness in decision making." Another idol is Steve Jobs, particularly for his remarkable comeback after being forced out of Apple.

Today, Strides has around 1,500 employees with eight factories and a presence in over 75 countries. It also has an R&D facility in Bangalore. Kumar and his co-promoters hold 28 per cent stake, while institutional investors have 47 per cent. The latter includes 39.46 per cent held by foreign investors - one of the highest in the pharma sector.

How does Kumar pick his opportunities - what to make and where to sell? "We look at areas where there is scarcity," he says. "It could be in manufacturing, around a particular domain or a particular technology, or it could be in a particular market. We also look for high capex, long-gestation businesses."

Kumar is thus focused on the African market for branded drugs, because very few players are doing so. "We believe that in five or six years everybody will get interested in this market. By then, we would already have significant market share." Not that he is ignoring other global markets. "For the US, we are building very small molecules which are difficult to make and are high margin products," he adds. "Overall, we look for different opportunities which may be small in the context of the entire pharma industry but are large in a particular region or domain. That is the model we have focused on and we have been very successful at it."

Kumar is also hard at work building Strides 2.0. "He is able to constantly reinvent himself based on a strategic view of the business," says Ventureast's Naru. "He does not fall into a comfort zone." For a start, he wants Strides' revenue back at its pre-Agila sale value. Following the sale, as was to be expected, revenues fell. For the 15-month period ended March 2014 (Strides changed its accounting year from January-December to April-March at the time) it posted revenues of $223 million. "After the sale, we became a suboptimal company, but we were debt free with lots of cash," Kumar says.

To scale up Kumar has made two acquisitions. In July this year, Strides bought a majority stake in the Chennai-based Bafna Pharmaceuticals for Rs 48.1 crore. This will boost its branded generics business, as Bafna's flagship brand Raricap is the country's eighth most widely sold drug in the oral haematinic agent category (drugs which increase the amount of iron in the red blood cells), with revenues of around Rs 20 crore and with a compound annual growth rate of 64 per cent in the last three years. In end-September, he announced a share-swap deal with Shasun Pharmaceuticals, also Chennaibased, which will merge Shasun with Strides, boosting Strides' oral finished formulations' business. "Once the transaction is complete by June 2015, we will be over $500 million," he adds. (Strides will also add four manufacturing units.)

The other nominees: Mid-sized companies
Kumar says the new company, with its revenue back to the pre-Agila days, will be different from the old avatar. "We're a lot more integrated now with zero debt and we have a strong platform," he adds. "We are focused on maximisation of value and long-term growth. You can create value only if you are not focused on short-term goals."

The long-term approach can also be seen in Strides' biotech arm, Stelis Biopharma. Stelis has received $21.9 million from GMS Holdings, a Jordanbased privately owned investment fund, in return for a 25.1 per cent stake. "The biotech business will take five to six years before it starts making money," says Kumar. "Such a long gestation period automatically reduces competition and that is what we like." Regulations relating to biosimilars are still unclear in major markets like the US. Thus Kumar's vision is to have a dual approach: for the present, make affordable biosimilars for emerging markets, but also prepare to work in a regulated environment, so that once the US framework is clear, his company is ready.

"I have a hybrid leadership style," says Kumar. "I'm very firm about strategic perspective, financial discipline and regulatory compliance. I give clear instructions on these because they are non-negotiable. But on operational matters, which markets to work in and which customers to target, I'm informal and flexible." His employees also remark on his involvement in every aspect of the company. Even as he was finalising the Agila deal last year, for instance, he made time to actively participate in the yearly appraisals. "In the case of many senior employees, he personally sat down with them to complete the process on time," says one of them.

Kumar insists he has no readymade formula for success. Indeed, in an earlier interview with BT, while discussing cooking, a pastime he loves, he had said: "I have no single best dish because I don't repeat dishes. I'm very experimental and I'm proud of that." He seems to be applying the same principle in business too.