Who says you need to shell out a packet to own a tablet? 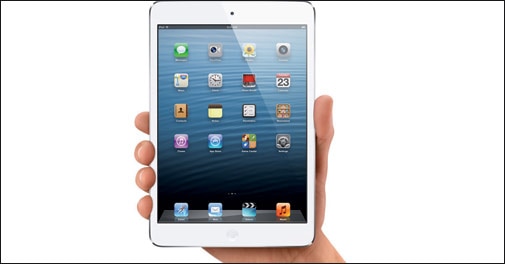 Who says you need to shell out a packet to own a tablet? Yes, the new iPad or the Sony Xperia Tablet Z are priced close to Rs 40,000, but there are many tablets that offer a good user experience at relatively affordable prices. While priced under Rs 25,000, these devices pack in connectivity options such as 3G and Wi-Fi, can handle heavy graphic games without any lag and have impressive battery backup. Here are the best tablets in this price bracket.

Apple iPad Mini
Price: Rs 21,500
Wish to own an iPad but not sure you need a 10-inch display? Then consider getting yourself the iPad Mini. Retailing for Rs 21,500 for a 16GB Wi-Fi variant, the iPad Mini has the same specifications as found on the iPad 2, expect for the smaller 7.9-inch display. The iPad Mini has got a sturdy built and the size makes it comfortable to carry around. It has got a 1Ghz dualcore processor with 512MB RAM that smartly handles all applications and games.

Apple iPad 2
Price: Rs 24,500
Though over two years old, the iPad 2 is still a great tablet. The quality of Apple's hardware and service support eliminates concerns you might have about buying this tablet. Moreover, the iPad 2 will also get the latest iOS 7 when it is released. The tablet has a 9.7-inch display and a dual-core processor which promise a seamless user experience.

Huawei MediaPad 10 Link
Price: Rs 24,990
Huawei's MediaPad 10 Link is a 10-inch Android tablet powered by a 1.2GHz quadcore processor with 1GB RAM. Huawei's customised user interface isn't very impressive, but you can get rid of it easily. Weighing 640 grams, this tablet is 9.9m thin and has a good built quality. It also boasts of a 6600 mAh battery.

The Google Nexus 7 built by Asus doesn't support cellular network. And that is where the Asus FonePad comes in. This 7-inch tablet has got an 800x1216p display powered by an Intel Atom Z2420 1.2GHz processor. It supports a microSIM for cellular data as well as calls. However, holding a 7-inch tablet next to your face to take calls looks a bit odd. So you can pair it with a Bluetooth headset and enjoy two worlds (smartphone and tablet) on one device.

Kindle Fire HD 7
Price: Rs 15,999
This is a neat device with great design, user interface, content and performance. The Fire HD has got a 7-inch display with 1200x800p resolution. Although based on Android, the user interface does not look anything like the OS. Apps have to be downloaded from the Amazon store. If you love reading books, dont look any further as Amazon has the largest online book store.

Google Nexus 7
Price: Rs 15,999
Though a bit late, Google has started selling the Nexus 7 tablet in India. This 7-inch tablet runs Android operating system 4.2 and would be among the first to get the new OS version. The tablet is also sought after because it has pure Android without any skins or tweaks. Available with 16GB storage, it is lightweight and comfortable to carry around.