T A Pai Management Institute, Manipal, has risen dramatically in the rankings this year, thanks to its persistent emphasis on quality
K. R. Balasubramanyam | Print Edition: Oct 27, 2013 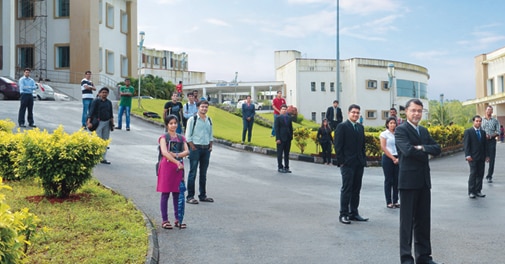 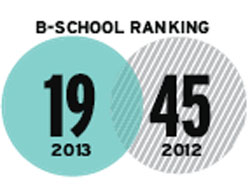 Prasad Gopalan realised the worth of what he had learnt as a student at the T A Pai Management Institute (TAPMI) only after he began his corporate career. "I remember the first lecture I heard at TAPMI was by the then director D. Nagabrahman himself," he says. "Its centerpiece was creating new businesses. I did not understand much of what he said at the time, but began to grasp its importance after I stepped into a corporate job." The tips the director gave will stand Gopalan in even better stead in coming years, as he has quit his job as Chief Commercial Officer at Male International Airport, The Maldives, and is launching his own venture Cerebhyas, which will work with schools in Bangalore to strengthen the cognitive skills and intelligence quotient of children and young adults.

Gopalan's 29-year-old alma mater, named after its founder, former union minister T.A. Pai, has done significantly well in Business Today's annual B-school rankings this year, vaulting from 45th place in 2012 to 19th this time. TAPMI is also one of just two Indian B-schools - the other being the Indian School of Business, Hyderabad - which are accredited by the US-based Association to Advance Collegiate Schools of Business.

"The institute has diligently worked its way up, never compromising on quality or going for scale without acquiring the capability," says Bhaskar Bhat, Managing Director, Titan Co Ltd, who has been associated with TAPMI for 15 years and is now on its governing council.

Located on a 42-acre campus at Manipal in coastal Karnataka, surrounded by the evergreen forests of the Western Ghats, TAPMI is part of the chain of educational institutions set up by the Pai family. It is run by a trust led by the father-son duo of Ramdas and Ranjan Pai, who also own the business venture, Manipal Education and Medical Group, (MEMG). "The association with MEMG has helped us a great deal with our placements, in getting top CEOs to our campus, starting projects with companies and giving students early exposure to the way businesses function," says TAPMI Director R.C. Natarajan.

TAPMI offers two courses - a two year post graduate programme in business management and another of equal duration in health-care management. An ambitious project in the works is a collaboration with a Western university - whose identity has not been divulged yet - for another two year management programme where students will spend the first 51 weeks at TAPMI and then move, for the rest of the course, to the other university, which will award the MBA degree.

In India, candidates are known to choose B-schools based on the latter's record in campus placements, and the kind of salaries those passing out command. "All TAPMI students get job offers on campus," says Natarajan. The 245 students of the 2011-2013 batch, for instance, were placed through campus hirings last November. In all, 71 companies participated in the placements, 52 of them repeat visitors. "At a time when the economy was slowing down, the average salary of these students actually went up from Rs 8.02 lakh the previous year to Rs 8.72 lakh," Natarajan adds.

"TAPMI graduates come with strong grounding. Their fundamentals are sound. Our HR team has been visiting the campus regularly for many years now," says Bhat of Titan.

Students are exposed to the rigours of a corporate job early. One of the successful student initiatives, for example, now in its 19th year, relating to market research, is called BrandScan. "We do consumer research projects for about 15 companies every year. Everything is done by students from start to finish," says Natarajan.

The biggest challenge? "It is to consistently get high quality faculty and retain then," says the director.