Junotele Solutions is making it easier for users to make micro payments, and helping telecom companies in the process. 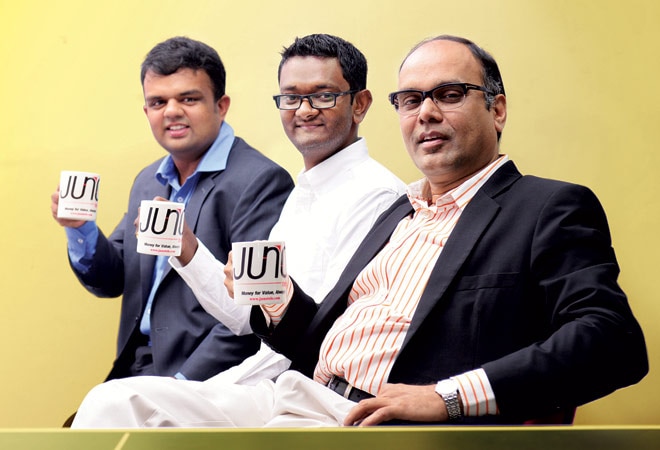 Would you be willing to pay one rupee to read an interesting article online about either a company you follow or a sports team you love? Even if you are, making the process seamless, so that you don't have to enter five different details, is a challenge. So is real-time authentication.

Micropayments are common in the digital world. For instance, every time you make a call, your company charges you a small amount. But right now, the systems work with a lag, leading to a lot of customers not opting for services that involve small payments.

For telecom companies, too, the system is not fast enough for billing customers for on-demand services based on duration. For instance, there is no system that lets them charge customers for watching only a part of the video.

JunoTele, a four-year-old start-up headquartered in Singapore and operating out of Bangalore, has an answer to these problems. Its patented technology, Juno Platform, sits between the switch and the intelligent network in the telecom operator's back-end and becomes a hub that connects with the operator on the one end and the service provider on the other, all in real time.

Sekhar Rao, JunoTele's soft-spoken CEO, says the platform works like IP-based hubs, but in real time. "Most online content companies now depend on either advertisements or subscriptions (due to lag in billing). We offer them an additional revenue stream through on-demand billing."

Sekhar says he got the idea while working with MACH, a global clearing and settlement house for telecom companies, based in Luxembourg. "We want JunoTele to play the role that Visa plays between banks and merchants. In our case, it is between telecom companies and end users. Juno improves revenues of telecom service providers by ensuring seamless transactions in real time."

Given the complexity of value-added services, tracking users and billing them for specific services is not easy. For instance, it is difficult for an operator to charge people for videos based on the time for which they watch them. This has made operators adopt a subscription-based model rather than bill customers on the volume of services used. Juno has changed this. Jana Balasubramaniam, a director and co-founder, says the company has enabled digital sacheting for content similar to what Cavin Kare did in shampoos.

"Our charging solution based on patented signalling technology is platform, device and technology agnostic," he says. This has many benefits. "The online game Candy Crush makes a million dollars a day. Suppose you want to move up a level by paying but have no signal at home, though your Wi-Fi connection is working. In such a case, the carrier cannot authenticate you and enable the purchase. That means lost revenue for developers of Candy Crush. But our technology can authenticate the transaction over a Wi-Fi network too. This is possible even offline. We believe we are the only one in the world who can do this," says Balasubramaniam.

Juno has tied up with several operators in India, including Vodafone, Airtel and Idea. In Sri Lanka, it has got Mobitel on board. In Thailand, it has tied up with all three operators and says it is negotiating with operators in the UAE, Oman, the Philippines, Indonesia and Bangladesh. Hungama, Nzara and Star network properties are also customers, says Sekhar. "There are more but we can't name several of them due to contractual obligations."

Juno hopes to operate in a market size of $50 billion. In carrier billing, its main competitors are Fortumo, Bango and Boku. It says it has no competition in duration billing as this area cannot be addressed by other technologies. The billable customer base is 150 million. It wants to take it to three billion.

Mobile Streams, a user of the Juno platform, is happy with the services. "Juno's real time charging is platform agnostic and in today's multi-device scenario, the telecom industry requires a solution that can track and process a large number of transactions," says CEO Simon Buckingham.

Juno, which runs on a revenue sharing model, has raised $3 million from angel investors. It says it is looking to raise additional funds but not immediately. It has designed its own hardware to bring down the capital expenditure substantially. "After being in the R&D mode for the first two years and in stealth mode for a couple of years, we now have the patent for our technology and signed up customers. We are looking at just rolling out our offerings. We are very happy with the traction we have gained," says Sekhar.