As the country fights COVID-19, industry leaders step in to show commitment to both their workers and society at large 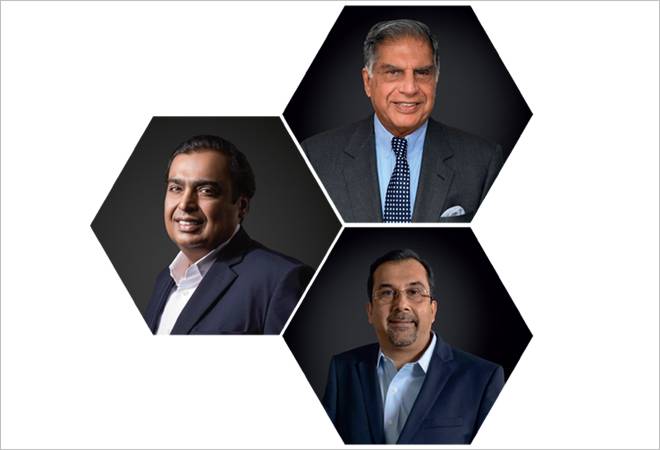 It sis in difficult times that true leaders emerge. And, these truly are extraordinary times. As India goes under a protracted lockdown, the list of those facing an economic tragedy is running into millions.

As India faces the coronavirus threat with grim courage, captains of India Inc., too, are locked down in their homes. In spite of a near certainty that most of them will suffer serious losses in their business, some of them are showing serious social commitment by compensating contract workers not on payroll and offering medical assistance to employees as well as public. Others are looking to divert their manufacturing facilities to produce things that are in great demand due to the spread of the pandemic, including ventilators, soaps and hand sanitisers. A few have publicly promised to retain their employees, though production at their plants has been halted. Tata Trusts Chairman Ratan Tata, Reliance Industries CMD Mukesh Ambani, Bajaj Group Chairman Rahul Bajaj, Vedanta Group Chairman Anil Agarwal, Hindustan Unilever CMD Sanjiv Mehta and Hero Cycles CMD Pankaj Munjal have set aside funds to deal with the virus outbreak, while Mahindra Chairman Anand Mahindra have announced a series of social initiatives.

N. Chandrasekaran, Chairman, Tata group, promised full salary to temporary workers and daily wage earners who are working in offices and at sites in India for March and April. The group employs 7.2 lakh people. Its temporary workers run in lakhs. The workers will get salaries even if they don't go to work because of quarantine measures, site closures and plant shutdowns.

Larsen & Toubro (L&T) will donate Rs 150 Crore to PM-CARES Fund. The project management conglomerate has also set aside an outlay of over Rs 500 Crore per month to support about 160,000 contract workers - pay their wages and providing them with food and basic amenities.

Company's Group Chairman AM Naik said: "L&T has always stood by the nation in its hour of need. We are helping India's fight against COVID-19 by way of immediate funding, and through a range of welfare initiatives including converting our training schools into Isolation Centers. We are also leveraging our engineering and construction expertise to help the authorities deal with the crisis."

S.N. Subrahmanyan, MD & CEO, L&T, said the company will take care of the daily requirements of its 3,00,000-odd contract workers and their families, and ensure food and medical assistance, since the virus scare has halted construction activities at its project sites in India and the Middle East.

Earlier, Anil Agarwal had also promised that Vedanta will not cut salaries or fire any employee, including casual workers, during the crisis period. Besides, it will provide a special one-time insurance to cover employees and their families against COVID-19. S.N. Subrahmanyan of L&T said in his address to employees, "We employ a huge amount of contract labour who are dependent on us for daily livelihood. It is important for us to protect them and to ensure daily needs are provided at both essential worksites and places of stay."

Bajaj Auto has shut down its plants in Pune, but Rajiv Bajaj confirmed that there will not be any job or salary cut. He said the company is prepared for an eight-week halt, including the four weeks to set the supply chain in order.

Chandrasekaran said the situation is likely to have a deep impact on weaker socio-economic segments of our society. "At the Tata Group, we have asked all our companies to exercise extreme caution. The health and safety of our employees, their families and our suppliers, vendors and our larger ecosystem are of paramount importance. Our companies have largely enabled a 'Work from Home' environment," he said. He promised group companies will make timely payment to MSME companies. The Aditya Birla group and the Essar group have promised not to cut any jobs or salaries. Apollo Tyres promoters, Onkar Kanwar and Neeraj Kanwar, have announced a 25 per cent cut in pay while H.M. Bangur's Shree Cement and Emami are putting in place contingency plans without any pay cuts.

Industrialist Ratan Tata announced the biggest financial aid to fight virus outbreak. Both Tata Trusts and Tata Sons will together donate Rs 1,500 crore towards coronavirus relief fund. The fund will be utilised for providing protective equipment to medical personnel, respiratory systems for treating increasing cases, testing kits to ramp up testing and setting up treatment facilities for those who have already caught the virus.

Mukesh Ambani, who directly assesses the business impact and safety of employees on a daily basis, has announced a contribution of Rs 500 crore to the Prime Minister's Citizen Assistance and Relief In Emergency Situations Fund. He is also co-ordinating with Reliance Retail, Jio and Reliance Foundation to help the government. In partnership with the Brihanmumbai Municipal Corporation (BMC), the CSR arm Reliance Foundation has set up a 100-bed facility in two weeks' time at Seven Hills Hospital, Mumbai, to treat Covid-19 patients. It has also built an isolation facility in Lodhivali, Maharashtra. RIL is involved in importing test kits and enhanced production of Personal Protective Equipment (PPE). The company said it will produce 1,00,000 face-masks per day.

ITC has set up a contingency fund of Rs 150 crore to help vulnerable sections of society. "This will be utilised primarily to provide relief to the vulnerable and most needy sections of society who have been harshly impacted by the pandemic," said the company. The Godrej group has earmarked Rs 50 crore for community support and relief initiatives. It has donated Rs 5 crore to the BMC; 115 hospital beds to Maharashtra government hospitals; and will spend for buying medical equipment and protective supplies. It has helped set up a 75-bed quarantine centre at the Seven Hills Hospital, Andheri.

Shekhar Bajaj, Chairman, Bajaj Electricals, says business heads are in an unprecedented situation. "We have never faced such a situation. Raw material and auxiliary supplies have been stopped. The main manufacturing plants are shut because of fear of community spread and government restrictions. The supply chain ground to a halt after transporters went back to their villages," he says. While business activities stopped at one side, as industrialists, there is pressure on us to fulfil commitments to employees and society at large, says the chairman of an infrastructure company.

Rahul Bajaj's Bajaj Group has donated Rs 100 crore to the fight against Covid-19. Billionaire Anil Agarwal has also set aside Rs 100 crore to support daily wage workers and contract employees working at the mining giant's factories in India. If the need arises, the company will increase the corpus, said the Vedanta chairman. Gautam Adani and Sajjan Jindal have each contributed Rs 100 crore to the #PMCARES Fund. FMCG giant HUL and Hero Cycles have also allocated money to deal with the contingency.

Anand Mahindra has a different plan. Quite like Detroit-based automakers did, the Mahindra Group chairman tweeted that the company would look at options to switch to manufacturing ventilators since automobile production has stopped. Mahindra has plants in Kandivali, Pune, Nashik, Zaheerabad and Haridwar, among others. Mahindra has offered Club Mahindra Holidays' resorts as temporary care facilities as he feels the number of cases could rise exponentially, straining the medical infrastructure.

Pawan Goenka, the Managing Director of the companys automotive division, tweeted that it has embarked on a two-pronged strategy to produce ventilators at its factories. "At one end, we along with two large PSUs are working with an existing manufacturer of high spec ventilators to help them simplify design and scale up capacity. Our engineering team is right now with them working on it," his tweet read. The government has also reached out to other companies including market leader Maruti Suzuki, Tata Motors and Hyundai to look at ways to manufacture ventilators expeditiously.

Tata Trusts, which hold controlling stake in Tata Sons, is running awareness campaigns in the 8,000 villages where it runs social programmes. It is expected to come up with more healthcare initiatives soon. Reliance Foundation in partnership with local NGOs provides free meals to the needy. The parent company made a donation of Rs 5 crore to the Maharashtra and Gujarat governments' relief funds. L&T has decided to take care of labour camps in its project sites to ensure proper hygiene and removal of waste. They will also take care of the food requirements in the camps.

According to Hurun Rich List, India has 138 billionaires. But most are struggling with the cash flow crunch and dip in market valuation of their companies. Still, Mahindra will contribute his entire salary over the next few months to a fund created by his group's philanthropic arm which will assist those who have been hit hard in the value chain such as small businesses and the self-employed. The chairman of Mahindra & Mahindra earned a remuneration of Rs 9 crore in the last financial year.

Sanjiv Mehta of HUL said: "We are working closely with the government and our partners to ensure we overcome this health crisis together." HUL has cut prices, provided free soaps to the needy, and pledged a Rs 10-crore donation for better testing facilities, and organised public awareness programmes.

Hero MotoCorp has rolled out a plan to ensure safety of its employees. Chairman Pawan Munjal said the company is committed to standing with employees despite severe disruptions. He has set up a task force to monitor developments through video conferencing and tele-meetings to ensure safety and business-continuity.