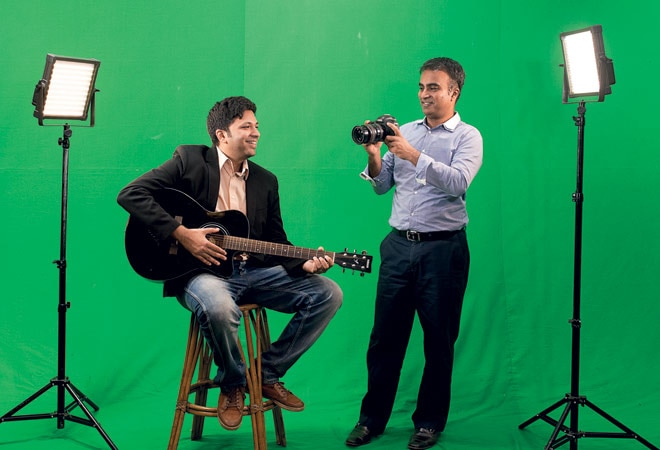 We are south of India? This is not a single state? We are here to clear the slate.

We are south of India... There's no Madrasi? We are all padoseeee (neighbours).

Ever since its launch in November last year, the YouTube video has become a sort of an anthem for South Indians looking to point out to their northern brethren that not all Dravidians are the same. The song was created by Culture Machine Media, a digital content production company, for its online channel 'Enna Da Rascala' and has got nearly 1.6 million views so far on YouTube.

Culture Machine was set up in July 2013 by two like-minded entrepreneurs - Sameer Pitalwalla, former director of video and celebrity at Disney India, and Venkat Prasad, former product manager at YouTube. The company now has 350 channels in its network across categories including music, comedy, news, beauty, lifestyle and makeup. It clocked 400 million views in 2014 and adds nearly 100 million views every month. Besides the We are south of India video, the company has a number of other hits, including What if Batman was from Chennai, Every Delhi girl in the world, and India's Facebook Timeline. Eighty per cent of Culture Machine's viewers are below the age of 30.

Prasad, 38, spent most of his career as a technical and management executive in the US after his schooling in Chennai. He has worked with big brands in the digital world, including Google and Yahoo! While working with financial software developer Intuit, he dreamed of creating a digital video company. He first met 30-year-old Pitalwalla, a graduate from the University of Westminster, during a conference in California. In November 2012, Prasad came back to India and Culture Machine was launched a few months later.

Prasad says he and Pitalwalla both believed that India would become one of the top five markets globally for new media as the number of Internet users rapidly increases. "We had a similar thought process. Our skill sets were complementary. My understanding of the market was limited. While Sameer chipped in with his marketing knowledge, I brought in technical skills," says Prasad, who is also the company's COO and CTO.

The duo has a reason for selecting video content development over creating text-based social networking platforms. "You don't need to be literate to watch a video on YouTube, unlike Facebook and Twitter," says Prasad.

The company got Series A funding of $3.5 million from Singapore-based venture capital fund Zodius Capital in a year's time. Commenting on the deal, Gautam Patel, MD at Zodius, said at the time that it was betting on Culture Machine not just on the probability of its content's success but also because of technology analytics behind the content. In January 2015, the company raised $18 million, in the second round of funding, from Tiger Global, Zodius Capital and Times Internet to strengthen its technology solution and create content. At the time, Lee Fixel, Partner at Tiger Global Management, justified the investment saying that the company had built a technology platform and was the largest creator network in the country.

Culture Machine generates revenues from advertisements, brand solutions and content syndication, which also gets interest from TV channels. The company estimates that the size of the market it can tap into is $1 billion in terms of total TV ad spends that will change as video and audiences go digital. It works with top brands such as Procter & Gamble, Unilever, Havells, Johnson & Johnson, Microsoft, Tata Motors and Fox Star Studios. The multi-channel networks from India include YoBoHo New Media, Nirvana Digital and Homeveda. Standalone channels popular on YouTube include AIB and TVF.

Prasad says while the company aims at building a universe of unorthodox creators for the digital world, it also helps grow them into becoming great artists in the process. The company uses data and technology to find out what Internet audiences want and then creates that content. It has 300 creators in addition to its own production teams. The company will scale up the business by adding verticals, content and creators. It has end-to-end production facilities in Chennai and Mumbai to create video content. As part of the expansion, it is building the third studio in Delhi, says Pitalwalla, also the company's CEO.

Pitalwalla says their digital business will advance due to the technological limitations of TV. "The TV world is evolving. Online video content will be the next big platform," he says.