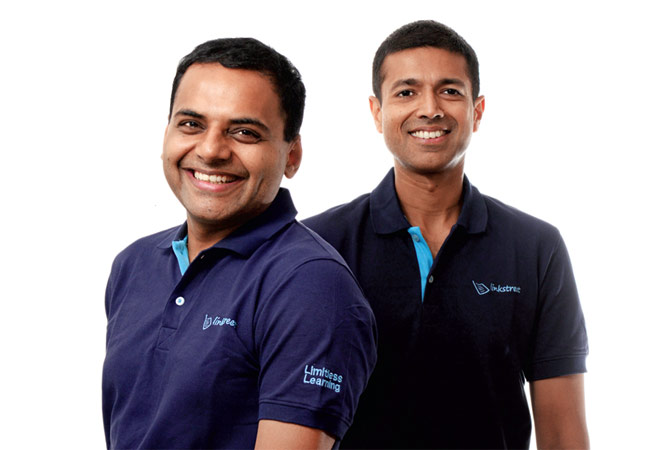 Vikram Ramakrishnan remembers the moment when he wanted to become an entrepreneur. As the India operations head of consulting firm Booz & Company, he was at the Trident to meet a client on November 26, 2008, the day Pakistan-backed terrorists mounted an attack on Mumbai, killing 164 people. The next few days were traumatic for Ramakrishnan. "While the Oberoi attack was still on, I had sworn to myself that if I came out alive, I would do things I had always wanted to do."

He survived the Mumbai attack, and by 2011, was well on his way to realise his dreams. Along with his wife, a psychiatrist, he set up a children's academy in the Erode-Coimbatore belt in Tamil Nadu and also started working with government schools in the region to improve the overall quality of education. However, lack of quality teachers for Science, Maths and English became a challenge. That was when networking equipment company Cisco, which was working on video-based learning solutions as part of its corporate social responsibility, offered to help. Arun Muthukumar, a family friend and an engineering professional who had returned from the US after a stint with Lucent, was heading the initiative for Cisco.

Soon, Ramakrishna and Muthukumar decided to join hands and recruited a team of teachers who were excited about taking classes through video conferencing from faraway locations in Tamil Nadu and neighbouring areas, including Bangalore. "The impact was powerful. The students sat on the floor as the teachers interacted with them from a big screen a few feet away. Absenteeism came down to almost zero and the performance of the students improved dramatically. In fact, they were also ready to attend classes during summer holidays and weekends," says Muthukumar. Cisco donated a few computers, while the two friends paid for other expenses. "Initially the focus was not to commercialise it, but was more of an effort to give back," says Ramakrishnan. However, in March 2011, the duo started setting up the back-end infrastructure to provide online education solutions, and Linkstreet Learning was born.

"In the very first year we realised that selling our concept to government schools was a huge challenge, while private schools saw value. We started a white-labelled platform, which would enable end-to-end offering of courses, including back-end technical support." For instance, when Dr. Sunita Maheshwari, a renowned cardiac surgeon, wanted to offer an online course in paediatric cardiology, Linkstreet provided the platform for students to sign-up, pay for the course fee, take tests and get assessed. It also recorded the proceedings of the classes so that the students could access the lessons on their computers, tabs or even smartphones. Linkstreet works on a subscription-based Software as a Service (SaaS) model.

Now, several other academic institutions, including ISB and IIM-B, have signed up with Linkstreet. Says Madan Mohan Raj, Chief Programme Officer - Executive Education, IIM Bangalore: "We have been working with Linkstreet for over two years now. They are a set of young professionals, who have in-depth understanding of the entire value chain in the online education space."

Linkstreet is also targeting the corporate learning space. "As companies go global, their training needs will be spread across geographies and this will create opportunities for us," says Ramakrishnan. The company has already started working with Columbia Asia, Thomson Reuters and Capillary Technologies.

Linkstreet has also inducted people like Ganesh Lakshmi-narayanan, MD of Big Data analytics firm Mu Sigma, on its board. "Its about making learning personalised and entertaining. It is a category-defining company that will transform learning across the spectrum," he says. While Linkstreet has some competition in Wiziq, Blackboard and LumQ, the early-mover advantage gives it an edge. "We have been profitable since the beginning but the recent fund infusion will help us scale faster and go global." The company's employee numbers have more than doubled from 21 to 50 in the past six months. For now, Linkstreet is poised to go places.