The best 16 among the country's growing tribe of entrepreneurs
Print Edition: April 13, 2014 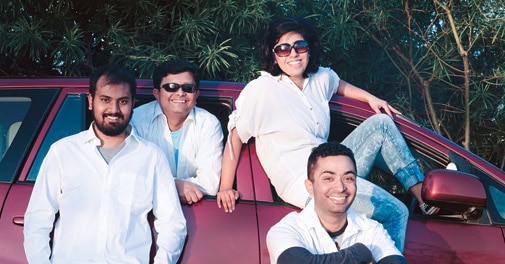 It is a good time to be an entrepreneur. There are mentors and accelerators, a growing tribe of angel investors and venture capitalists, investment banks waiting to spot the next acquisition target, and a large domestic market. And as Sanjeev Bikhchandani, Founder of Naukri.com, would tell you, a start-up now is more socially acceptable in India than 25 years ago.

Business Today regularly reports on this changing landscape, and since 2007 has been showcasing promising, or cool start-ups every year. Our correspondents are always on the prowl for interesting companies. Those featured in previous years were based on their recommendations and the collective judgement of the editorial team. This year, however, we took a new approach.

IN VIDEOS:Entreprenuers on what makes their start-up the coolest

We opened up the selection process - any start-up incorporated since January 2010 could apply through an online application form hosted on our website. Some 96 companies applied. In addition, some names were suggested by the jury members, and some came from the newsroom. Of these, the final list of 16 'coolest start-ups' was picked by an illustrious jury, men who know everything about the business of starting, funding and running companies. Mohit Bhatnagar, MD of Sequoia Capital; Saurabh Srivastava, angel investor and venture capitalist; Vijay Anand, Founder and CEO, The Startup Centre; Sharad Sharma, Governing Council member and Co-founder, iSpirt; and Prashanth Prakash, Partner at Accel, debated all the applications threadbare.

They recused from voting on companies they are or were involved in. The chosen ones, the companies featured here, are an interesting mix spanning technology, e-commerce, entertainment, logistics, toys and gaming, among other sectors. Is there a Flipkart, Zoho, InMobi and QuickHeal in the making among them? Sharma, in his column, maintains it is bloom time, at least for Indian software product start-ups.

Why Tata Motors' Nano is going for a makeover