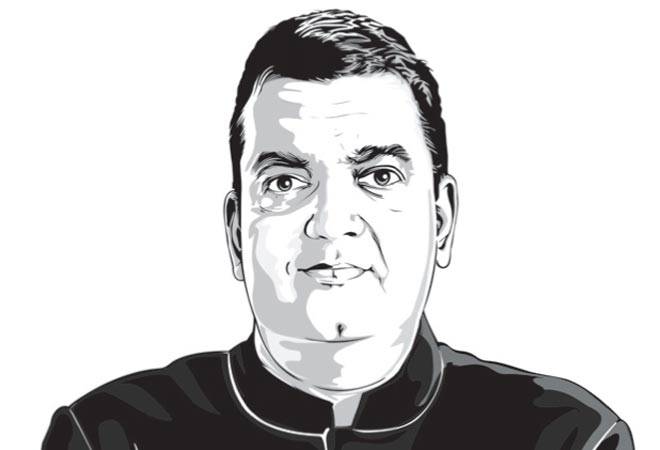 Don't wish for elephants unless you own a zoo, 'cause wishes have a way of coming true, said the Muppet Bab-ies. Let's not also forget that wishes do come true, but not for free. It is astonishing to see how intellectuals, semi-literate economists, sundry Page 3 types, Lutyens' former elite including many civil servants, LLMs (Left-liberal media), and politicians of every hue and colour, kept wringing their hands - and rightly so - at the absence of 'Big Bang' reforms. And when big bang happens, they again wring their hands and bemoan and attribute all kinds of causation, correlation and catastrophe to it. Much of it is simply untrue and unfounded. Economics is largely an accurate science and, thankfully, doesn't always react to the hand-wringing of losers. Fact remains, no one, including many inside the government, imagined that the Prime Minister would walk the talk, something which perhaps only Modi could do.

Demonetisation is Narendra Modi's WhatsApp moment in economic reforms. The government has made an honest attempt at realigning economic incentives to drastically change human behaviour and make it easier for those who wish to be honest and incredibly tough for the dishonest. It will hit at the roots of untaxed, undeclared, taxable income.

There is no precedent in the world of such a bold hit on the black economy, and there is no playbook for it. Thus, surprise was a key element of the entire scheme. Even inside the Prime Minister's Office, only five officials were in the know. Indeed, this is not demonisation of cash but hard demonetisation, which has left many bankrupt - financially and intellectually. Cash is used more to conceal than for purchase in India. Money stock of new notes has grown by 40 per cent in the past three to four years. Most of the notes are in fact of the new series. India needs cash proportionate to our GDP and per capita income. The country has too much cash relative to the size of its economy. Why are people suddenly paying up huge amounts for municipal tax and utility bills in Hyderabad and other places? Why is there a mysterious influx of Rs 21,000 crore in the first few days itself in Jan Dhan acco-unts? Why are professors in colleges in Tamil Nadu finding large deposits of cash in their accounts that are then suddenly withdrawn? Does all this benefit the poor, or does it show the absence of large sums of unaccounted cash in Indias economy?

Now, to berate the objective of bringing in more and more people into the banking system (and a less-cash economy) and calling a cashless economy 'foolishly utopian' is false and mischievous. For many of our politicians who are trying to give the short-term pain the colour of long- term catastrophe, it is simply the result of being caught with one's hand in the jar. It was meant to hurt their black wealth and it has hurt their black wealth. Period.

The World Bank in 2010 estimated the black economy as 21 per cent of our GDP and the recent voluntary disclosure raked in about Rs 65,000 crore. What about the rest? Let us assume only 5-10 per cent of it is kept in cash hoards outside the tax system. Even so, isn't that a significant enough sum to go after? One is talking about $200,000,000,000 or $200 billion. The 1978 demonetisation led to about 25 per cent of cash in circulation not coming back, which was extinguished. Something similar may happen now and it is expected roughly Rs 3 lakh crore of cash will get permanently extinguished. Is that not good enough to go after, and either force it back into the formal economy and earn taxes or extinguish it permanently?

In early October, India's banking system crossed Rs 100 lakh crore in deposits. Of the Rs 17 lakh crore currency in circulation, Rs 15 lakh crore is in 500 and 1,000-rupee notes. About Rs 6 lakh crore came back into bank accounts within two weeks of the announcement, and may reach Rs 10 lakh crore by December 30. India has about 250 million households that on an average spend Rs 10,000 per month each in cash, as per research done by Spark Capital. Assume India needs about Rs 10 lakh crore of currency in circulation, using a money multiplier effect of 4X. Of the incremental Rs 5 lakh crore, about Rs 3 lakh crore is unlikely to come back, which is about the approximate size of the cash component of the black economy. The balance of about Rs 2 lakh crore will flow back into bank accounts due to the force of this reform, with all attendant multiplier effects.

Just 5.5 per cent of Indian earners pay income tax, and nearly 85 per cent of the economy is outside the tax net. Whatever comes back will lead to the tax base becoming bigger than before. This will lead to future tax buoyancy and, with it, the white economy will expand. Also, collateral or mortgages can be given out from this since it is now part of the formal banking system. Further, it appears to have immobilised terror and Left-wing extremist funding (Rs 30,000 crore of black money with the latter as per intelligence reports) and has of course dealt a death knell to counterfeit funding. Not good enough?

There is a lot of talk of second order effects - that Tirupur and Surat, major economic clusters, are closing down. But why? Because the corporates there were not depositing employee provident fund and other mandatory social security taxes. They are worried if they start paying by cheque now, the taxman will come after them for past sins. They will now have to make their peace with the law, which is a good, and not a bad thing. Indeed, the whole idea is to bring economic activity into the formal fold, and this demonstrates the big bang is working brilliantly.

Then, the question of why the new Rs 2,000 note, which works against Harvard University's Peter Sands' theories to extinguish high-value bills and Ken Rogoff's curse of cash. Take it akin to a temporary pain-killer for the economy. A post-surgery balm, which ought to be phased out once the new notes of lower denomination are in place. Indeed, the government could have perhaps done better by violating the rule of relative sizes of notes. In India, larger denominations are made in larger sizes to help the illiterate and the blind identify currency easily. In this case, perhaps the government could have, in the interests of replacing currency inside ATMs faster with no recalibration, made the Rs 2,000 note the size of the old Rs 1,000 note.

15.7 billion notes of one denomination and 6.3 billion notes of another denomination were in circulation. The printing capacity is 3 billion notes per month. For notes with the same value denomination, it would take seven months to replace, of which three months of printing are already done. But with the Rs 2,000 denomination, it will take half the time to replace similar value notes, so another two-three months of printing will bring back the same value of notes as currently in circulation. In future, high-denomination notes will be kept to a limited proportion of money supply. Conversations with bank managers on the ground point to the fact that long-lost NPAs of many years ago are now being paid back by promoters! Isn't it a fantastic outcome, quite apart from interest rates coming down?

What next? What demonetisation will do is hit the stock of black money, but to attack the flows, much more needs to be done. There should be a limit for cash holdings and cash transactions. The former because it will then prevent sacks of cash, which are shown as 'old incomes' coming out of the closet only now. Stamp duty should be brought down gradually to less than 3 per cent, and the differences between circle and market rate will disappear. Benami Property Act should be implemented with full vigour and force to confiscate benami assets.

Changing human behaviour is incredibly tough, especially given India's psyche of cash transactions, which for smaller value are almost 100 per cent in cash. Indeed, there will be some temporary deflation, which will be offset by buoyancy in growth and tax revenues. Narendra Modi has designed and delivered a reform as big as the 1991 reforms, which would have hurt many in his own party and biradari. It takes guts to do right by taking on one's own - compliments to him and the government for showing the courage of conviction to do so.

The writer is an IAS officer. Views are personal.

Demonetisation has created fear psychosis. And it is just the beginning