The elixir of life has been the subject of a dispute of life-threatening proportions between industry and communities. 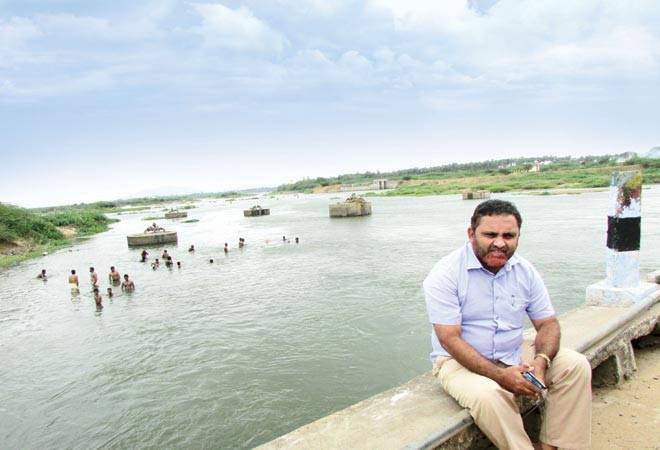 When a life sustaining resource is in short supply, conflicting claims over it are bound to arise. Water conflicts span the gamut of fights, from neighbours in water starved colonies to those between states over river waters. But perhaps the most vital current conflict over water is that between agriculture and industry.

"Around 70 per cent of the cases before the National Green Tribunal relate to water," says Rahul Choudhury of Legal Initiative for Forest and Environment (LIFE), a group of advocates involved in environmental issues. They usually remain localised, but occasionally do hit the headlines - such as the protest in Tirunelveli district, Tamil Nadu, where locals, supported by a number of opposition parties, are opposing the setting up of a PepsiCo bottling plant that will draw water from the nearby Thamirabarani River. They have held demonstrations - including one last October that turned violent - circulated an online petition that has drawn 65,000 supporters, and filed a public interest litigation (PIL) in the Madras High Court last December.

The bottling plant is in Gangaikondan village on land owned by the State Industries Promotion Corporation of Tamil Nadu (SIPCOT) which, the protesters maintain, has already given the plant permission to draw vast quantities of water daily. (SIPCOT provides water to water intensive industries such as this bottling plant at Rs 37.5 per 1,000 litre and at Rs 25 to other industries.) There is also a Coca-Cola bottling plant in the SIPCOT industrial area taking water from the same river, against which, too, protests had been held when it was started in 2006, though to no avail. The protesters allege that in practice, the bottling plants will draw much more than the 500,000 litres permitted for beverage units, and that water guzzlers like Coke and now Pepsi will ruin the local ecosystem.

"It's the Ganga of South. The Thamirabarani River has a special connect with us," says Usman Khan, District Secretary of one of the local opposition parties, the Social Democratic Party of India (SDPI). "It is our lifeline. It is okay to take water from the river for domestic consumption or to operate other industries. But reselling that water for huge profits, as the aerated drinks industry does, is neither ethical nor feasible for our area. Water is not a commodity. It is a precious resource of the community."

PepsiCo India refuses to be drawn into the controversy, noting that the bottling unit is an independent company. "The land in question belongs to Prathishta Business Solutions Pvt Ltd with whom we have a co-pack arrangement," says its spokesperson. "The plant will use surface water supplied by SIPCOT, from a river that is a perennial water source, as it is fed by both pre- and post-monsoon."

Those supporting the protests say the Thamirabarani will not remain a perennial river if it is indiscriminately exploited. "Thamirabarani has a small basin that irrigates 200,000 hectares of land directly and another 100,000 indirectly," says M. Arunachalam, former Professor, Sri Paramakalyani Centre for Environmental Sciences (SPCES). "If industry takes away 1 million cubic metres a day, how much will be left for irrigation? The economy of the entire district is dependent on paddy and banana cultivation. Already, the vegetation along the river has begun disappearing, which is affecting the ecosystem. Groundwater recharge has reduced and in the dry season, there is less water available than before." Srijlangan, a paddy farmer from the district's Marudhur village, says the river's water has indeed shrunk since SIPCOT built a check dam on it two years ago. "We had two cropping seasons earlier, which has reduced to one due to lack of water," he says. "My income is down 40 per cent."

There have been other protests that received national attention - around the Bisalpur dam in Rajasthan's Tonk district in 2005, when five farmers were killed in police firing while demonstrating against diversion of water to Jaipur city; around the Hirakud dam in Orissa's Sambalpur district in 2007 when farmers sought more water from the dam for their lands. As industry grows, such competition with agriculture is likely to multiply. Around 2 billion cubic metres (BCM) of water annually have already been transferred from agriculture to industry in the past decade, according to a study by Pune-based NGO, Prayas. "That quantity of water could have irrigated over 300,000 hectare," says K.J Joy, Secretary, Society for Promoting Participative Ecosystem Management. Yet, in a growing economy, can the needs of industry be denied? Overall, 80 per cent of water is still used by agriculture. "We should look at the complete picture instead of engaging in a blame game," says K.B. Biswas, Chairman, CGWA. "Agriculture is the single largest water consumer and will always remain so. But the impact of consumption by industry is more visible because the usage is concentrated in certain areas. Still, it is possible to monitor industry's water use, impose checks and insist on compliance. What about farming practices where water intensive crops are being grown in water-stressed areas, such as paddy in Punjab and Haryana?"

Dharmadhikarya also points to Western Maharashtra, where widespread cultivation of sugarcane has contributed considerably to the prevailing water stress. Pradeep Purandare, former Associate Professor at Water and Land Management Institute (WALMI), blames Maharashtra's sugar lobby. "Only 5 per cent of the total cultivated area in Maharashtra is under sugarcane, and barely 6 per cent of its farmers cultivate the crop. But almost 70 per cent of water is hijacked by sugarcane because of this lobby." Sugarcane needs 1,500-2,500 million cu m. of water during a total growing period of 270-365 days.

And these conflicts may well be just the beginning. "Climate change will give rise to extreme events and there will be long, dry spells impacting agriculture-based livelihoods," says Joy. "Evaporation and transpiration rates will increase, which means we will need more water for the same amount of agricultural production, leading to more demand and more conflicts."

Ignoring the real cost of water will be disastrous