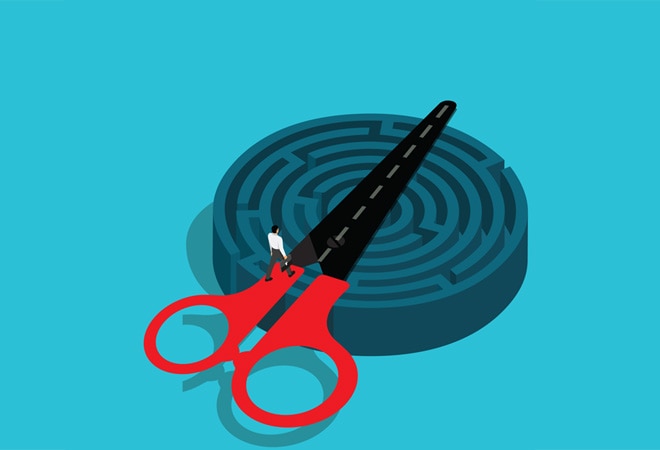 Budget 2021 has left personal income tax rates unchanged. Except for some procedural relief, no monetary comfort was announced for small taxpayers. Although the Covid cess did not make its way - feared the most in pre-Budget discussions - high-income earners and high networth individuals (HNIs) did lose some tax benefits linked to employee provident fund (EPF) and high-premium unit-linked insurance policies (ULIPs) in which they increasingly invest for tax-free returns.

From 2021/22, if you contribute more than Rs 2.5 lakh in a year in EPF, the interest income will be taxable. For example, if total contribution is Rs 3 lakh, the interest earned on Rs 50,000 will be taxable. "If interest is paid at 8 per cent, then Rs 4,000 will be added to taxable income and taxed accordingly," says Anil Chopra, Group Director, Financial Wellbeing, Bajaj Capital. "The move will impact high-salary earners and especially those who have opted for voluntary provident fund (VPF). Typically, 12 per cent of basic salary is contributed towards PF, but rules allow one to contribute a higher amount voluntarily. The government seems to disincentivise VPF and wants people to either invest elsewhere or spend more." It doesn't apply to employer's contribution to the EPF.

Further, the government has taken away the benefit that ULIPs enjoyed over mutual funds on the maturity amount. According to existing income tax laws, maturity proceeds of life insurance policies are exempt from tax under Section 10 (10D). But now, if annual premium for a ULIP crosses Rs 2.5 lakh a year, the gains incurred will be treated as capital gains and be taxed like mutual funds - 10 per cent long-term capital gains and 15 per cent short-term capital gains. If you pay premium for more than one ULIP in one year, the Rs 2.5-lakh ceiling will apply to aggregate premium for all ULIPs held by you. "Effective February 1, investments in ULIPs will be treated as capital assets. Investors, especially HNIs who invested in equity funds via ULIPs, will now reevaluate their choices and look for alternatives," says Naval Goel, CEO & Founder of PolicyX.com.

And what's in it for small taxpayers?

The government has extended the additional tax deduction of Rs 1.5 lakh on interest paid on affordable housing loan by a year. "The interest benefit available under Section 80EEA of the I-T Act is applicable for purchase of house with stamp duty of up to Rs 45 lakh. The assessee should not own any other house on the date of sanction of the loan," says Divya Baweja, Partner, Deloitte India. This additional tax deduction on the interest amount was introduced in Budget 2019 and was extended in 2020. This relief is over and above the Rs 2-lakh deduction available under Section 24 of the I-T Act.

Sitharaman also announced a faceless dispute resolution system for small and medium taxpayers, which would help them by fast-tracking the resolution process. It is applicable for those with total income up to Rs 50 lakh and disputed income of Rs 10 lakh.

The time limit for reopening of income tax assessments has also been reduced from six years to three years. There has also been a reduction in time limit for filing belated/ revised returns by three months. "Belated/revised returns can now be filed up to three months before the end of the relevant assessment year or before the completion of the assessment, whichever is earlier," according to EY's Budget 2021 report.

Non-resident Indians (NRIs) who returned to India after spending significant time abroad on a job faced difficulties in receiving money from retirement accounts due to differences in tax policies between countries. "In some countries, retirals may be taxed on withdrawals or only on receipts, whereas in India retirals may be taxed on accruals. This caused a great deal of frustration to NRIs who later became residents and reported retiral receipts in Indian tax returns. Claiming the Double Tax Avoidance Agreement (DTAA) benefits also became challenging in such a scenario," explains Archit Gupta, Founder and CEO, ClearTax. "To provide relief to them, the government will specify certain retiral accounts and notify countries to reduce discrepancies," he adds.

Nothing was announced in terms of residential status relief for NRIs stuck in India during the lockdown.

If Executed Well, 8% Growth Is Possible