ABOUT: It would be a travesty if India's economic growth were to be a prisoner of an antiquated tax regime, multiple and over-lapping tax structures and corrupt compliance officials.
By Yashwant Sinha | Print Edition: January 17, 2016 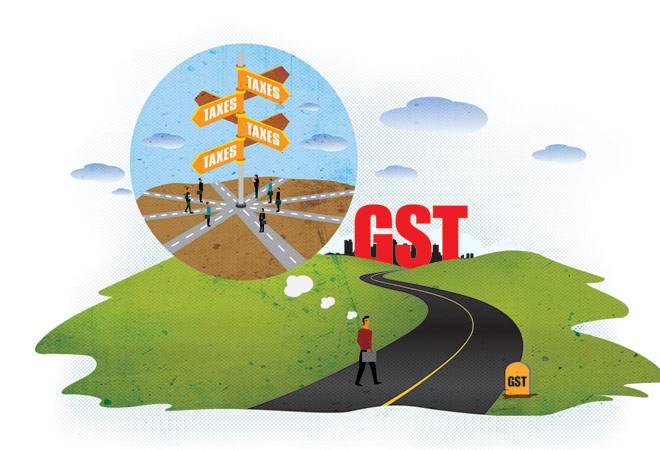 ABOUT: It would be a travesty if India's economic growth were to be a prisoner of an antiquated tax regime, multiple and over-lapping tax structures and corrupt compliance officials. Can the economic interests of the Centre, the states and local bodies ever align to agree on a simple, transparent and a just taxation formula? Or, will that remain a Utopian thought? Former Union Finance Minister Yashwant Sinha puts together his thoughts on how India must handle its tax reforms challenge.

Man created the State to govern society. The State levied taxes to run the government. Over a period of time, taxation was used to achieve other socio-economic and political objectives. The nature of taxation changed and it became more and more complex. Now we are struggling to make it simpler. Collecting taxes is also always a struggle because most people are reluctant to pay taxes or come within the tax net. Tax avoidance and tax evasion pose a continuous challenge for any tax administration.

Since there are many kinds of taxes in India - levied by the government, the state governments and the local bodies - taxation reform has been a continuous exercise. Starting with the Taxation Enquiry Commission in the early 50s to the Subramanian committee on Goods and Services Tax (GST) of 2015, the shelf is full of learned reports on what should be done to reform taxation in India. They have also reflected from time to time the social philosophy of the government of the day. During the socialistic era, we believed that the State should collect high taxes from the rich in order to spend it on the welfare of the poor. With liberalisation came moderation in taxes and a great deal of simplification, but the philosophy of taxation has not yet been clearly defined and there is no national consensus on this issue. As a result, every finance minister has used the annual Budget to make changes in the tax system according to his whims and fancies. This has made taxation in India extremely complex.

When I was the Finance Minister, I followed a simple principle on the direct taxes side, which was that all incomes must be taxed. On the indirect taxes side, the principle I followed was that if profit was the motive for an economic activity, then that profit must be taxed. Obviously, while the principles I followed were simple, their implementation was complex. What was the definition of "income"? How did one deal with specific exemptions that served a desirable economic activity or a national socio-economic goal? What should be the threshold after which tax would be levied? How many slabs should there be and what should be the rate of tax for each slab? The advent of modern technology in business and the globalisation of business posed their own challenges. One faced similar challenges on the indirect taxation side, including import tariffs.

In spite of all the improvements and reforms that have taken place in the Indian taxation system, the situation even today is chaotic. It is out of this chaos that the concept of a new Direct Taxes Code, to replace the Income Tax Act of 1961, and the idea of a GST have emerged, and the future of taxation of India lies in the successful passage of the related legislations and their effective implementation.

Tax administration posed its own challenges. There was always a conflict between voluntary compliance and coercion. Tax rates, the behaviour of tax officers, the system of assessment and appeal, discretionary powers of tax officials, the cost of collection and personnel management were issues that could not be swept under the carpet. Ultimately, the best tax system is always in danger of degenerating into a tool for harassment of the tax payer if the people implementing it are not informed with best intentions. In spite of all the improvements and reforms that have taken place in the Indian taxation system, the situation even today is chaotic, to say the least. It is out of this chaos that the concept of a new Direct Taxes Code, to replace the Income Tax Act of 1961, and the idea of a GST have emerged, and the future of taxation of India lies in the successful passage of the related legislations and their effective implementation. Once these two are put in place, all the excitement relating to Part B of the Finance Minister's Budget speech would become a thing of the past, and durability and predictability of the tax system will automatically be put in place. The Direct Taxes Code Bill was introduced in Parliament by the UPA government and was referred to the Standing Committee of Finance, which I chaired. We worked hard and, after consulting the major stakeholders, submitted our report in March 2012, well before the presentation of the Budget. But the UPA government did not bring it back to Parliament. I was hoping that the new NDA government would apply its mind and bring the Bill back to Parliament. I was disappointed, therefore, when the Finance Minister declared in his very first Budget speech that he had no wish to do so since many of the recommendations of the Standing Committee were already incorporated in the Finance Bill. This is simply not correct. The Committee had recommended, for instance, that the exemption limit should be raised to `3 lakh; that the slabs should be linked to the rate of inflation, which should be automatically revised each year. It had recommended that incentives/ exemptions for both individuals and businesses should be made investment linked. It had also said that accountability of officials should be clearly fixed and unwarranted actions and orders on their part must lead to disciplinary proceedings. These issues are still pending.

More importantly, the whole issue of GAAR (General Anti Avoidance Rules) appears to have been indefinitely postponed. The Committee had recommended its introduction with some safeguards. Its postponement serves no purpose, except deferring the doomsday. GAAR is prevalent in many countries and, therefore, there is no reason why it should not be introduced in India as part of the Direct Taxes Code.

The Finance Minister has announced that he will gradually reduce corporate tax from the present 30 per cent to 25 per cent and, at the same time, do away with various exemptions. I wish him luck. During one of my Budget exercises, I remember reviewing each and every exemption with a view to putting an end to as many as possible. I could only abolish a few because all the others served some socio-economic objective. It is also accepted wisdom that corporate tax rate should match the highest slab of personal income tax, which stays at 30 per cent. The above are only few issues on which decisions are pending. The Direct Taxes Code could put an end to all the uncertainties and give the country a new, clean start in a finally reformed taxation system. On the indirect taxes side, the GST is the logical culmination of the reforms that have taken place in the past. The introduction of CENVAT was a big reform, so was the levy of service tax for the fast-growing service economy of the country. Similarly, the replacement of State Sales Tax by VAT was a huge step forward. As the Standing Committee on Finance had observed in its 73rd report of August 2013 on GST, "by replacing a large number of taxes levied by both the Centre and the states, the GST would integrate the tax base and allow seamless flow of input tax credit across the value chain of goods and services. This would eliminate multiplicity of taxes, cascading of taxes and result in overall simplification of the indirect taxation regime. As the credit chain will function only if all the transactions are recorded, GST would lead to improved disclosure of economic transactions, which may have a positive impact on direct taxes collections also". Most importantly, it would weave India into one common market. Thus, GST is an extremely essential indirect taxes reform and it is a pity that it is still held up in Parliament.

On the Customs side, a lot of reform has already taken place and we are close to ASEAN rates. It is another matter that vested interests still try to put pressure to tweak rates. This should be avoided at all costs. Similarly, discretionary exemptions should be done away with. A major challenge remains, however, as far as customs procedures are concerned. Further simplification of these procedures will lead to smoother movement of goods and services across borders.

I am totally against the Finance Minister reading out a 'dhobi' list, in his Budget speech, of items on which either CENVAT or customs duty has been reduced or raised. I am also against the secrecy surrounding the taxation proposals in the Budget. The introduction of the Direct Taxes Code and the GST would largely eliminate the need for Part B of the Budget speech and the introduction of a bulky Finance Bill year after year. If, still, some urgent changes become necessary, they could be made at any time during the year without waiting for the Budget. Proposals for changes especially on the indirect taxes side should first be introduced in Parliament only as proposals. They should be thoroughly discussed with all stakeholders and implemented only after revised proposals, if any, have been considered and approved by Parliament.

We have finally arrived, through a long and tortuous process, at the end of our search as far as taxation reforms are concerned. Let the year 2016 go down in history as the year in which we reached our destination.

Why revamping our bureaucracy is a must