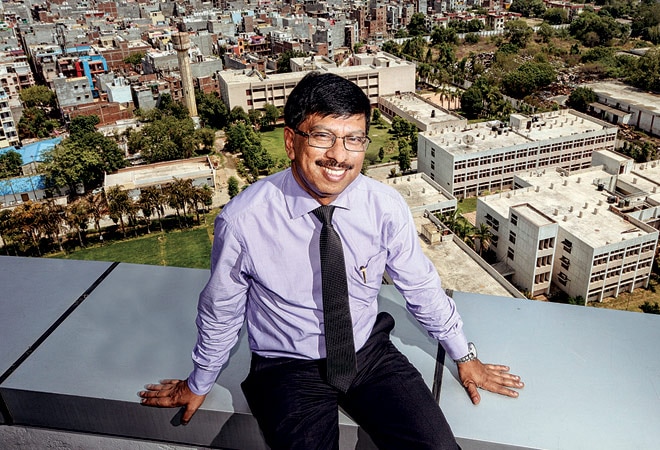 In February this year, the Petroleum and Natural Gas Regulatory Board awarded a contract to set up the Bangalore city gas distribution (CGD) network to GAIL Gas - a wholly owned subsidiary of GAIL India that started operations in May 2008. It was a feather in the cap of GAIL Gas and a personal victory for Pankaj Kumar Pal, who took charge as CEO of GAIL Gas in April 2014. The network is expected to be the third biggest in the country, after the ones in Delhi-NCR and Mumbai. Seven other companies, all formidable rivals - Bharat Petroleum Corporation, Hindustan Petroleum Corporation, Gujarat State Petronet, Mahanagar Gas (MGL), Essel Gas, Indian Oil and Adani Gas's joint venture IOAG, and IMC - participated in the auction, but GAIL Gas's bid trumped them all.

"Bangalore will change our fortunes," says Pal. GAIL Gas had revenues of Rs 1,025 crore in 2014/15 with a net profit of Rs 25 crore, but he now expects this figure to rise dramatically. "Indraprastha Gas (IGL), which runs the Delhi-NCR gas network, has a turnover of about Rs 4,000 crore, and MGL, which operates Mumbai's, has around Rs 3,000 crore," he adds. "Bangalore has a population of 10 million. By sheer volume, this would be a jewel in any company's portfolio." GAIL Gas will also set up 30 compressed natural gas (CNG) outlets in the city for vehicles, as well as provide gas to industrial and commercial units. Setting up the network will need investments of Rs 800-1,200 crore.

GAIL Gas has set up CGD networks and CNG outlets in Sonepat (Haryana), Meerut (Uttar Pradesh), Kota (Rajasthan) and Dewas (Madhya Pradesh). In all, it has 15 CNG outlets and supplies gas to 503 industrial units across the country. It is working on a CGD network for the Taj Trapezium region, comprising Agra and several towns in UP and Rajasthan. It has also formed joint ventures with four state government-owned gas distribution agencies. With Andhra Pradesh Gas Distribution Corporation, GAIL Gas is developing a liquefied natural gas import terminal. With Kerala Gas Ltd, Vadodara Gas Ltd and Rajasthan State Gas Ltd, it is working on CGD networks for Kochi, Vadodara and Jaipur.

There is also talk about transferring GAIL's equity in its eight CGD joint ventures to GAIL Gas. "There could be tax complications," says a GAIL official who does not want to be identified. "The process could attract capital gains tax and other regulatory roadblocks. But if it can be done, it would immediately swell GAIL Gas's balance sheet to Rs 6,000 crore. We have to weigh the pros and cons."

Even if it does not happen, Pal believes GAIL Gas will grow threefold or more organically in the next five years. "The Narendra Modi government's target of providing piped gas to 10 million households in four years will give added impetus to CGD networks," he adds. But will there be enough gas available? Domestic gas production has dipped below 90 million metric standard cubic metres per day (MMSCMD) from 130 MMSCMD in 2009/10. If gas has to be imported in larger quantities, GAIL is best placed to do so. "Being a subsidiary of GAIL gives GAIL Gas a natural advantage," says Girish Shirodkar, Managing Director and Partner at US-based Strategic Decisions Group's India chapter.

The big question is how much imported LNG will cost the consumer. "Oil prices have stayed soft a good deal of time now, and gas prices have been delinked from oil," says the head of a rival CGD company, who does not want to be named. "The hedging price between the two fuels is reducing, and projects based on imported gas will not be viable for long. CGD projects will only work if domestic gas is added to the mix."