Serum reaps the fruit of its decision to double capacity at a time of global demand slump.
P.B. Jayakumar | Print Edition: July 19, 2015 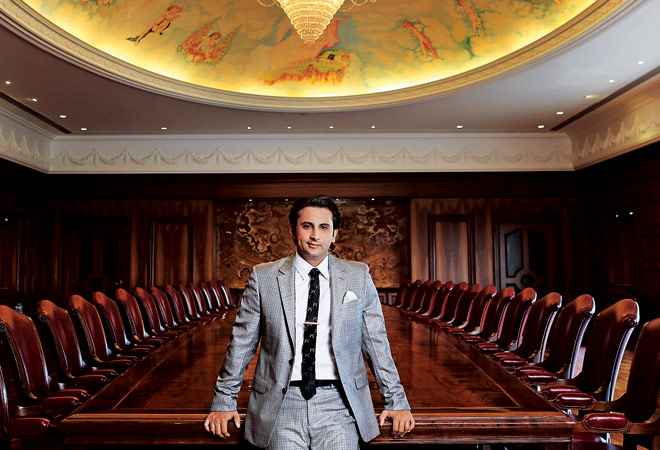 The numbers say it all. Serum Institute of India, the world's second-largest manufacturer of vaccines, sells about 1.3 billion doses a year. About 65 per cent children in the world have received at least one vaccine made by the company, whose products are available in as many as 141 countries. And last, but not the least, its profits are more than 40 per cent of its revenues.

All this is no small feat for a company that had a modest beginning way back in 1966. Its stupendous growth, especially after it more than doubled its capacity around 2010, has put the founder, Pune-based Cyrus Poonawala, and his son, Adar C. Poonawala, among the poster boys of the Indian rich with their private jets, luxury cars and race horses. Cyrus Poonawala's current wealth is now pegged at over $6.2 billion.

Serum is a perfect example of a venture that had a slow start but over the years managed to build a base for a strong takeoff. In spite of its leadership position, till a decade ago, its revenues were in the range of Rs 600-700 crore a year and its products sold in just 30-40 countries. This changed a few years ago.

Serum is reaping the fruits of a decision its promoters took in 2007/08, when global markets were collapsing and companies were deferring investments. At a time when the outlook for vaccines was not good, the company, sitting on a huge cash pile, decided to increase capacity from 600 million doses to 1.1 billion doses a year.

A World Health Organization (WHO) report says the global vaccine market rose from $5 billion in 2000 to $24 billion by 2013 and is projected to rise to $100 billion by 2025. Multinational drug giants such as GSK, Sanofi Pasteur, Pfizer, Merck and Novartis control 80 per cent of this. Many of their products have sales of over a billion dollars, more than the annual revenue of Serum. For example, in 2014, GSK sold only 800 million doses but earned revenue of 3.2 billion Pounds.

In this difficult market, Serum sells vaccines for public-private funded immunisation programmes run by agencies such as WHO, UNICEF and Pan American Health Organisation (PAHO). This market is much smaller. For instance, in 2014, UNICEF procured 2.71 billion doses for supply in 100 countries, valued at $1.48 billion. In 2011, the WHO estimated total purchases by UNICEF and PAHO at $1.43 billion, around seven per cent of global vaccine sales.

of such low-cost vaccines. They focus on high-value vaccines for lifestyle disorders like cancer and diabetes that have a big market," says Dr Davinder Gill, Chief Executive Officer of MSD Wellcome Trust Hilleman Laboratories, a vaccine research and development organisation funded by Merck and the Wellcome Trust.

That is why Serum's major competitors in this area are Indian. These include Bharat Biotech, Biological E and Shanta Biotechnics (now part of Sanofi). There are a few Chinese companies as well, besides some biopharmaceutical companies from Indonesia, Cuba and Latin America.

However, entry barriers are high, say experts. This is because companies have to make huge investments to master complex technologies. But once production starts, raw materials are cheap. Further, a good track record is a must to qualify for global tenders.

"It is not easy for a new player to start making vaccines. It requires seven to 10 years of research to take a vaccine to the market," says Dr Manoj, a scientist and project leader with Hilleman Laboratories, which is developing an advanced Hib vaccine.

Adar, who joined the company in early 2000s, has registered Serum's products in almost all countries. To fuel growth, the Poonawalas thought of an acquisition. Sensing a lack of quality private manufacturers in the country, they offered about Rs 1,500 crore for an 80 per cent stake in a rival, Hyderabad-based Shantha Biotechnics, which had revenue of Rs 530 crore in 2010. But in 2008, its owner, France-based Merieux Alliance, sold it to French multinational Sanofi for Rs 3,018 crore.

GROWTH DRIVERS:
Doubling of capacity at the time of global demand slump that helped it down the road; WHO orders

Interestingly, Shantha indirectly helped Serum increase sales. Within a year of the acquisition, it ran into trouble when the WHO cancelled its pre-qualification bid for supply of the five-in-one vaccine to UNICEF, an order it had won in 2008. UNICEF redirected the order, worth over Rs 1,500 crore, to Serum. Shantha, which invested heavily in plant and products, was able to win back the WHO's confidence only last year. It restarted exports from October 2014.

Serum had to wait till 2012 for its first acquisition. In July 2012, it bought a 100 per cent stake in the loss-making Netherlands government-owned Bilthoven Biologicals. It invested 70-80 million Euros in Bilthoven over the next three years to upgrade capabilities. The acquisition provided it access to the Injectable Polio Vaccine (Salk) technology, available in only three plants globally, besides a manufacturing base in Europe and access to developed markets. In March 2014, Bilthoven and Serum substantially reduced the price of Injectable Polio Vaccine to bag orders for UNICEF's Global Polio Eradication Initiative Endgame Strategic Plan 2013-18.

In 2011, Serum also joined hands with Merck to develop and commercialise a pneumococcal conjugate vaccine for both emerging and developing countries. In May, it tied up with Cipla to market its flu vaccine, Nasovac-S, in India. So far, Serum has invested over Rs 3,000 crore in manufacturing and research. It is investing another Rs 1,000 crore to develop new facilities for launching more products.

Naturally, Serum is likely to be a potential candidate for takeover for multinational pharmaceutical companies. Recently, a tie-up with Cipla was interpreted by the media as harbinger to a possible merger or takeover and the Poonawalas had to clarify they are not "selling" their prized possession. Adar Poonawala, who is now the company's chief executive officer, had denied reports a couple of years ago that many global majors were looking to buy Serum. "God has been kind to us," he had said at the time. "We have enough reserves. Hence, we never felt any reason to sell out."

Kwality banks on retail segment for its growth