Shilpi Cable Technologies has grown on the back of players that are scaling up. 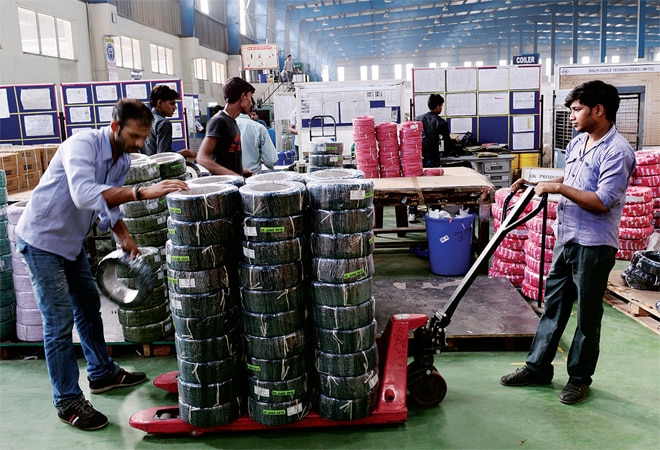 Delhi-based Shilpi Cable Technologies has been growing at a rapid pace for the past three years, riding on the crest of the telecom wave sweeping India. Revenues jumped to Rs 989 crore in 2013/14 from Rs 232 crore in 2010/11 when it went public with an IPO.

Shilpi Cable, part of the specialty telecom cable maker Shilpi Group, started in 2008 with a project for a German company to make high radio frequency cables used to carry signals from antennas in telecom towers to base stations. Today, it employs 1,100 people and makes cables not only for telecom operators such as Bharti Airtel and Vodafone but also for automotive clients like Honda Motorcycle & Scooter India and Mahindra & Mahindra.

"The telecom segment, after the recent completion of spectrum auction procedures, has turned bullish because commitments from all telecom players to invest in infrastructure and networks have increased," says Manish Goel, MD and co-founder of Shilpi Cable.

A major challenge for the company is growing competition, which is leading to pricing pressure. A competitor is Andrew Telecommunication, a unit of multinational giant Andrew Corporation, which started making radio frequency products from Goa. But Shilpi believes decent margins can be generated through differentiated offerings, innovative packaging and reducing scrap generation during manufacturing. Shilpi until recently has been primarily a supplier to businesses. But in the past year, it has forayed into the direct-to-consumer segment with house wires and switches, where players like Havells and Finolex operate. "Given our quality, it won't be difficult to gain some market share at their cost," says Goel.