Inequality in India has reduced in the last decade but the key to reducing the still yawning spread in incomes is supporting an entrepreneurial ecosystem with gusto.
Rama Bijapurkarand Rajesh Shukla | Print Edition: Jan 4, 2015 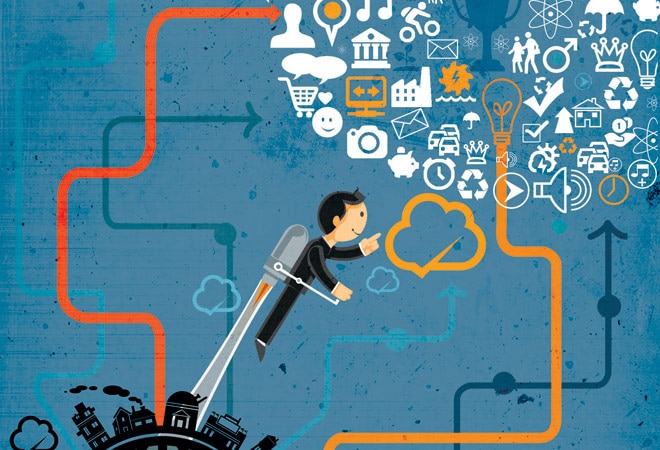 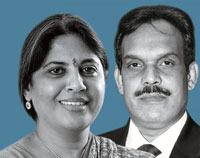 The discussion inside India on inequality has become very complex and fragmented. Lost in the maths and the economic theory, the ideology and the international comparisons is the "people view". It's the tower of Babel and the championship of silo-ed thinking out there.

Gini coefficients (based often on expenditure survey data which are kinder measures of inequality than income data or based on theoretical income distributions derived from experiences of other countries), poverty line measurement debates, confusingly opposite conclusions offered by market economy supporters, and welfare economy supporters using the same data on whether trickle-down has happened or not, horrific census statistics on toilets and water and equally horrific stock market indices all jostle together. And demographic dividend discussions and skill building and job creation discussions don't have reduction of income inequality as the explicit goal that they chase.

Let's get this debate back to the basics - taking a "people view" and not a supply-side or macroeconomic numbers-driven view, let's understand factually how unequal are we on the measure of income (earning power) inequality. Should we worry and under what circumstances? How have incomes grown between 2005 and 2014 based on real survey data and disaggregated across different segments of society, what is it that those who earn more have compared to those who earn far less, how much of this can we attribute to welfare schemes, and what is the way forward?

Fed up with macro-data-driven or, worse, fact-free debates on different parts of the inequality beast, People Research on India's Consumer Economy (a not-for-profit research centre) conducted a household survey late in 2014, representing all Indians (not just people in urban India shopping at malls). One lakh household listing interviews and 20,000 detailed income, expenditure, occupation, inclusion-related interviews were done, covering 21 states grouped into seven clusters, and over 1,000 survey locations. As is common international best practice, respondents were asked their income details for a reference period of one full year - in this study for 2013/14.

So just how unequal are we in terms of what we earn? Is it getting worse or better?

Sixty-three million households have about half of India's household income, 46 per cent to be precise. (On the upper bound, if we were to do this analysis by total household income and not per capita income, the share of income would have been over 50 per cent.) Unlike the automatic assumption we usually make that these will be urban households, 45 per cent of them are rural.

Has income inequality changed significantly in the last decade? Not really, as the data shows.

During 2005-14, approximately a decade, it hasn't been all bad. We will end up with five years of high GDP growth, two years of not-bad growth, and two years of below par growth - averaging above 7 per cent. The resultant increases in real annual income in the poorest 20 per cent households has been over Rs 50,000 and that of the 20 per cent of households just above it, almost Rs 1 lakh.

Income inequality
What is more heartening is that only 44 per cent of the total household income that was added between 2005 and 2014 went to the richest 20 per cent and that isn't really such a worrying number at all given how unequal our living conditions and access to market institutions and public goods are. Even better is that the next three income quintiles (or 20 per cent bands of income) captured 50 per cent of the additional income generated during this period.

While the richest 20 per cent (Quintile 5 or Q5) have continued to be the biggest and most disproportionate gainers, the next 20 per cent (Q4) are losing the income capture game. Their distance from Q5 is far more now than it was in 2004/05. Q3 and even Q2 gain at their expense.

Has the income grown sufficiently for everybody across the board to improve their surplus income or what is left over after expenditure, both routine and not? Not significantly except for the richest 20 per cent who have grown far more secure. The poorest 20 per cent continue to spend more than they earn and the 20 per cent above them barely balance their income and expenditure. Aspirations to consume and new 'must have' necessities of living have grown at the same pace as or faster than income, hence not improving financial health. They need to be supported with direct or indirect boosts to their income.

Is MNREGA and more of the same the way to go? All evidence points to the answer "no". First, the amount of money distributed per household if calculated is far lower than the income increases that have occurred. We all fall into the trap of noticing large aggregate spends and not noticing the fact that there are a large number of beneficiaries getting a little bit each - exactly like India's economy, which is a large economy of lots of modest income people. Secondly, our data shows that of the poorest 20 per cent of the households, less than two in five have been able to get the MNREGA benefit. About 25-30 per cent of the next three quintiles of income earners claim to have availed of the benefit and 13 per cent of the top quintile of households also claim to have benefitted. Targeted subsidies using direct benefit transfer to bank accounts may help but it's also a high-tech way to perpetuate the same thing.

Why do those who earn more, earn more? Here's where we all know the answer but refuse to see or say. It is the elephant in the room. But if data is needed to prove it, here is some data.

Simply, people who are better educated earn more. The education system is broke, and does not serve the poor at all. The discontinuous earning of the top 20 per cent is reflected in the discontinuous education they have attained.

If that problem is too much to fix as people suggest it is, then the option is to provide jobs which utilise them in as-is where-is condition. That's called non-agricultural labour and 62 per cent of the poorest quintile of households earn their livelihood this way, and the wages are better than those in agriculture at this low level of subsistence. So it is suggested that a construction boom can boost incomes a bit more at the bottom of the income pyramid. But is providing value-added work the best we can do?

Capital intensive, modern, state-of-the-art manufacturing won't boost that many incomes of that many people even if you look at suppliers and ancilliaries and other related facilities that it spawns, including service facilities.

As for skill-building, all communication today makes the "you can get a job" promise. This makes people say, and rightly so, I want an office job. The focus of skill building should instead be towards saying "you can have your own business and grow it". If there aren't enough organised sector jobs to absorb them today (and by the way the same goes for very high-end CEOs as well), at least we can tap into the tremendous entrepreneurial energy, learnability and enthusiasm that young India has demonstrated and create organised ways to support them. Our book, A Never-Before World, describes the energy of this kind that is visible in urban India, especially in large cities. What is needed is financing of wannabe truck owners (today cleaners with lowly-paid jobs), caterers or small eating kiosk owners (thelawalas in fear of the police), or stay-at-home family cooks, laundry operators (today dobhis who iron on the roadside or in houses), trained nurses who can come together to set up a home care services company, and so on.

But our efforts on financial inclusion have neither focused on them nor specifically included student loans in large enough numbers for people to get skilled (also, it has not hugely funded skill building institute entrepreneurs). This is where skilling missions have failed us so far - the skilling ecosystem has to be built in its entirety and with a strategy in mind to achieve a thought-through outcome. We know that the only way things work in India is if we enable people to find their way. Let's put the cart before the horse for a change. If enough people with skills exist, online exchanges will mushroom and aggregators will provide shared services. It isn't difficult - but it isn't something the corporate mindset can think about. As the organised sector develops, it may pay a premium to acquire these aggregations of skilled workers.

The decrease in "power distance" of the Indian society that we have been noticing is also a big boon. Demanding more wages is happening more now than before. MNREGA set a new benchmark for wages and while some sigh about becoming a high-wage economy, it seems a far more useful way to build an equitable society than through handouts.

How do the people of India think about income inequality? They worry about fairness and improving their own lot. They want their children to have far more opportunities than they do today or their parents did, so that they can earn and live disproportionately better. They want entertainment, leisure, and family life to improve. Talk to them and they are not asking, "Why do you have a Mercedes car and send your child abroad to study?" They are asking, "Why can't my child go to college and get a well-paying office job which is permanent?" and "Why can I not have running water, my own toilet and not have seven people to a room?" What is the equality being sought? Equality of opportunity to go up in life and improve your condition. Equality of getting a basic good education and timely health care and an equal opportunity for talented children to realise their potential and access to public recreational facilities. China has provided many of these without worrying about income inequality. In India, the state hasn't done so and has abdicated its role in providing these facilities, forcing poor people to pay more to private providers.

The road we are on leads to a more income equitable society. We don't need an about turn. We need more road work. We need to work more on the road.