As the economy slowed down, winners of BT-PwC Best CEO awards had a trial by fire
Anup Jayaram | Print Edition: December 29, 2019 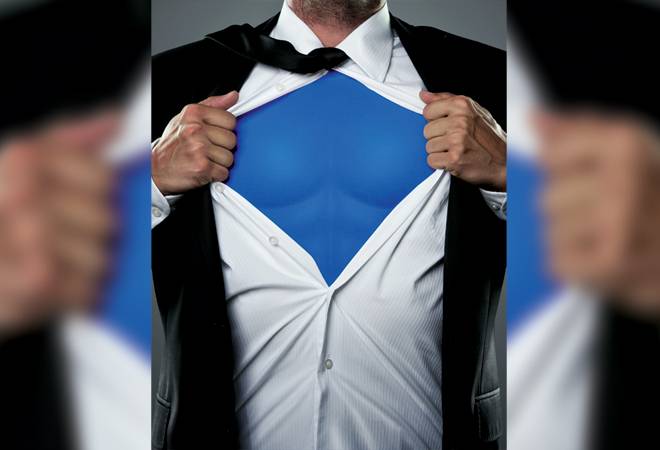 In an era where every move of a CEO can be scrutinised globally via social media, impacting reputation, brand and valuation within hours, corporate leaders need to address their vision to the widest set of stakeholders, including environmentalists and social media followers besides board members, investors and employees. This is a far cry from the times when the success of a CEO was measured purely on how well the enterprise did on revenue and profits. Today, that's the bare minimum. But not every CEO can straddle all these worlds.

So what differentiates the best CEOs from the rest?

The first is taking decisions earlier, faster and with greater conviction. The key factor is decisiveness. Over time, CEOs discover that a wrong decision may be better than no decision at all. The second factor is getting the engagement of employees and other stakeholders. CEOs who excel at bringing everyone on board end up executing disciplined communication and influencing strategies. That is critical in today's hyper-connected world. The third factor is the ability of leaders to adapt to the rapidly changing environment. The most successful CEOs are the ones who devote greater time thinking on a long-term vision. The more you are prepared for the future, the better it is, always. In a world that is changing much faster than ever before, this could well be the criteria that differentiates great leaders. The fourth factor is ability to reliably produce results. That, in turn, is interlinked closely to the other three criteria.

While these are diverse factors, very few CEOs can manage all four. In times such as now when technology is disrupting every aspect of business and life, it is the ability to adapt proactively that may well be the biggest differentiator. Many large business houses have seen traditional models getting uprooted by the emergence of nimble start-ups who outsmart the incumbents with their agility, lower costs and, above all, technology. While much of this disruption has been witnessed in services so far, manufacturing, too, has started to feel the heat of change as repetitive jobs are being taken over by machines.

The Best CEO Survey, which has been conducted since 2012, has evolved over time to capture the nuances of such organisational and individual transformations through quantitative and qualitative metrics. It starts off with the performance of CEOs over the previous three fiscals - 2018/19, 2017/18 and 2016/17 - on growth in total income, profit before interest and tax (PBIT) and total shareholder returns (TSR) (for financial services players, profit before tax is considered, instead of PBIT). An eminent jury then overlays the qualitative aspects to the shortlist to identify the winners.

As a result, the winners of the BT-PwC Best CEO Awards are the most outstanding performers from India Inc.

Many of the winners you will read about in the following pages are exemplary examples of this narrative. And they are a diverse set of people. Be it C.P. Gurnani of Tech Mahindra or Mukesh Kumar Surana of Hindustan Petroleum Corporation, you will find a common strand across each of their stories. A lot of that has to do with their calculated risk-taking abilities. Some of them have been in the league for some time, such as Mukesh Ambani of Reliance Industries, Kenichi Ayukawa of Maruti Suzuki, Bhaskar Bhat of The Titan Company and Rajeev Jain of Bajaj Finance, while others are new names.

The highlight of Best CEOs 2019 are the new winners: Uday Kotak of Kotak Mahindra Bank, Anil Rai Gupta of Havells, Suresh Narayanan of Nestle India and Nirmal Minda of Minda Group. Uday Kotak has followed a strategy of universal banking by expanding into non-bank businesses like insurance, mutual funds, private equity and asset management. Anil Rai Gupta wants to take Havells to Rs 20,000 crore turnover by 2022. Suresh Narayanan of Nestle India has reinvented the company, which has launched more than 60 new products since 2016. Nirmal Minda is thinking ahead. At a time when the auto component business is in trouble with falling automobile sales, Minda acquired the sensor business of US-based Sensata Technologies to cater to future demand that will come from new BS VI emission norms.

In Shiv Nadar, the Lifetime Achievement Award winner, corporate India has a leader who was an early proponent of Make in India and then pivoted the model to be a software company, before going global. He has since become a philanthropist and invested in improving education standards by setting up schools and universities.

The achievements of the winners over the past three years are even more commendable since the economy has slowed down significantly and gross domestic product (GDP) growth has fallen to a six-year low of 4.5 per cent in the second quarter of FY2020. One step that seems to have made a difference, at least on the bourses, is the reduction in corporate taxes to 25.2 per cent. But the euphoria of the stock markets hasn't yet translated into excitement in the real economy.

Even though a full recovery to 8 per cent-plus growth rates may take up to six quarters from now, industry obviously expects a rapid turnaround. And that is where individual brilliance may stand out from the crowd. If the largest and the best companies led by these leaders can sustain growth and press the accelerator in the midst of a slowdown, they would have made their valuable contra-slowdown contribution. To rise like a phoenix, after all, is the calling card of the leader.