Barely three months into the new year, we already have the wraps off some of the new flagships phones. 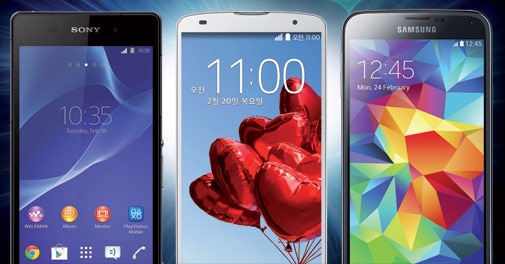 Gone are the days when tech giants would launch just one flagship smartphone a year and that too at a specific time. With new and big devices coming much more frequently, the latest instance being Samsung Galaxy S5, Sony Xperia X2 and LG G Pro 2 phones at the Mobile World Congress, Gadgets and Gizmos takes a look at what's on offer.

The last year saw the launch of a number of flagship smartphones that were capable of giving the iPhone 5 and the Samsung Galaxy S4, a run for their money. The HTC One, Sony Xperia Z1 and even the LG G Pro - each one of them had something special. Barely three months into the new year, we already have the wraps off some of the new flagships phones. 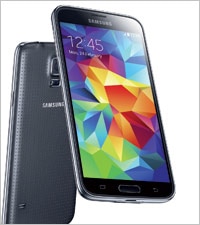 The fastest growing Android smartphone maker in the world has stepped into the fifth stage of the Galaxy series. Samsung has unveiled the Galaxy S5, which features several improvements over the S4. The smartphone has a 5.1 inch Full HD display and a a 16MP camera which can capture ultra-HD videos at 30 frames per second. It operates on Android KitKat and runs on 2.5GHz quad core application processor, paired with 2GB of RAM. A fingerprint scanner has been integrated into its home button, much like that of the iPhone 5s. Samsung has followed Sony's footsteps as well and waterproofed this phone. It is water and dust resistant and certified as such. It can withstand water up to a depth of one meter for a maximum of 30 minutes. Connectivity options onboard include USB 3.0, Bluetooth 4.0, NFC, Wi-Fi, and LTE support. 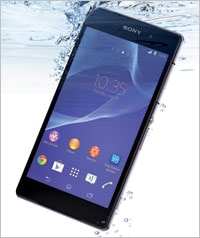 The successor to the Xperia Z1 has also arrived. The phone has a slightly bigger display than most, measuring 5.2 inch. It has a 20.7MP camera - an Exmor RS for mobile image sensor, featuring the award-winning G Lens. The phone can also capture 4k videos. It will run on Android KitKat, a Qualcomm Snapdragon 801 processor - a 2.3GHz quad-core Krait CPU and 3GB RAM. It can support LTE and NFC connectivity, and has a 3200mAh battery. Sony is calling it "the world's best camera and camcorder in a waterproof smartphone" 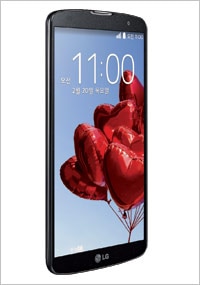 Successor to the LG G Pro, the Pro 2 has picked up the industrial design and material feel of the recently launched LG G2, which includes back mounted buttons for volume and power, as well as the curved back cover and the 13MP camera module. But there are a few changes. The phone comes with the 5.9 inch display with 1080p resolution, which makes it a phablet. It runs on Qualcomm Snapdragon quad core processor clocked at 2.26 Ghz and paired with 3GB RAM. It also has Dolby mobile sound enhancement and LG Optimus UI onboard

Mid-segment smartphones that may catch your fancy

How to set up a home entertainment system