"No one in my company ever says let's do this because X company is doing it," says Nadia Chauhan-Kurup, 25, Joint Managing Director of the Rs 1,500-crore beverages heavyweight Parle Agro. Is she boasting? Not at all. Parle Agro has successfully unleashed an array of new products in recent years - with quirky branding too that captured both the mood and the taste of the times. Think LMN, the bottled nimbu paani, or fresh lemon water, from the organised segment that came out in 2009. Think Hippo which Parle launched last year - a wheat-based, salty snack that is unlike any branded snack seen before in India.

And Parle Agro is not alone. Pepsi came up with Nimbooz and Aliva while Coke launched Nimbu Fresh. In their search for new growth opportunities, fast moving consumer goods, or FMCG, companies inundated the market last year with more than 10,000 new stock-keeping units, or SKUs - split equally between food and non-food categories. (A new SKU implies some kind of product innovation, either in content or packaging, ranging from a minor tweak to a completely new offering.) Until recently, the Rs 130,000-crore FMCG industry, which accounts for 2.2 per cent of India's national income, was not exactly known for introducing new products. No longer. "Product innovation in FMCG sector has been tardy in India, but has picked up pace in the last few years." says brand and strategy consultant Harish Bijoor. 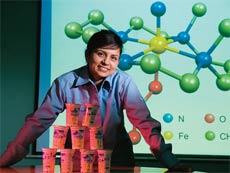 Geetu Verma, Executive Director, Innovation, PepsiCo India
The reasons for the change are obvious. The just-concluded decade of high growth, raising per capita consumption to Rs 52,800 in 2010, has instilled a new confidence and boosted consumption. According to a McKinsey estimate, average household income in India is set to grow from Rs 113,744 in 2005 to Rs 318,896 by 2025. India's gross domestic product, or GDP, is even expected to overtake that of its former colonial master Britain in the coming decade. The demographic pattern - 59 per cent of India's 1.2 billion people are below 30 - encourages innovation too. "Youth has greater willingness to spend more," notes a report prepared by consulting firm Booz and Co for the Confederation of Indian Industry.

The same people who earlier set curd every night to consume the next day now buy it readymade from the store, where they have the option of the probiotic variety, as well as flavoured yoghurt. "This is the next stage, where a large segment of the population has moved up the value chain to becoming aspirants and thereby finicky in its choices. Manufacturers are forced to offer more," says Bijoor.

Out of the comfort zone
Boundaries are shattering as companies diversify like never before. In 2008, FMCG giant Hindustan Unilever moved into consumer durables by launching a water purifier, Pureit. Leading pharmaceutical group Zydus Cadila has entered the FMCG arena with its sugar-free drink Sugar Free D'lite and its table margarine, Nutralite. In May, the world's biggest confectionary player, Perfetti Van Melle, with well known brands like Alpenliebe and Centre Fresh, moved into the salty snacks category in India - which it has not done anywhere else in the world - by launching Stop Not. "The salty snacks space offers us huge opportunities and we are looking to shake up the market with very interesting products," says Sameer Suneja, Managing Director, Perfetti.

Dabur's innovations include Oxylife Bleach - for which it is awaiting a patent - that claims to release oxygen into the skin. It is aimed purely at the 20,000-odd beauty parlours in the country. Marico has launched a branded rice, Saffola Arise, which it says has a low glycemic index, or reduced carbohydrate content. "Most players are constantly looking out for newer segments to get into," says Raghavendra Rao, Consumer Markets Analyst, Datamonitor India. "Companies typically come up with solutions that address the growing health concerns of consumers."

What prompted these radical departures, or disruptive launches in industry parlance? It was clearly the impetus to grab larger market share. In a fast-growing market, no company is content with just what it has. Horlicks, GlaxoSmithKline Consumer Healthcare, or GSKCH's, well known health drink, for instance, holds around 60 per cent of the market share in that segment. "But we wanted to grow the market still further, as there were new user groups whose needs were either not being met, or those we did not realise the need to reach out to," says Marketing Director Shubhajit Sen.

Chander Mohan Sethi, Chairman, Reckitt Benckiser India
The company launched a separate Horlicks drink for women in 2008. This allowed it to rope in a new segment of consumers and today, the new drink contributes almost 25 per cent to the Rs 1,600-crore Horlicks brand. GSKCH followed up with Junior Horlicks biscuits, targetting toddlers. "We are coming out with product innovations which will be healthy choices backed by scientific research," says Sen. (See No Country for New Products) Dabur was equally enterprising too, when it tweaked it successful Chyawanprash brand - a health tonic whose formula is based on an ancient Ayurvedic text - to provide it in different flavours. "It was a risk, but it paid off. We were able to bring back young adults who were falling off our consumption charts," says Praveen Jaipuriar, Dabur's Additional General Manager for Marketing.

We are like that only
Innovation, no doubt, costs money. On average, launching a new SKU costs between Rs 8 crore and Rs 10 crore. "It could go up to Rs 15 crore in some cases. This includes the cost of research trials, promotions and marketing budgets," says Sanjay Singal, General Manager, Marketing, Dabur. Despite the expense, relatively smaller companies have not only launched innovative products but also carved out new niches for themselves with these, as well as forced multinationals to follow their example. Multinationals like HUL and L'Oreal were forced to follow suit when health and personal care products major Emami launched a new fairness cream exclusively for men, Fair and Handsome. "You can't say it's easier for an MNC to innovate. An MNC has to develop a lot of local innovations." says Geetu Verma, Executive Director, Innovation at PepsiCo India. "A lot of domestic companies like Dabur and Marico are doing a phenomenal job."

Harish Bijoor, Consultant, Brand and Strategy
But MNCs are trying too. Apart from its water purifier, HUL has expanded its chain of Lakme salons and even experimented with laundry services in the past. L'Oreal is going desi with a vengeance. "Our Garnier shampooplus-oil plays on the traditional habit of Indians oiling their hair," says Shweta Purandare, Scientific Director, L'Oreal India. "We have entered the eyeliner category with a non-smudging kajal stick."

Research and development centres are the flavour of the season at focus group meetings. Marico's Parachute Hot Oil was borne out of a discussion on giving away a heater with its coconut hair oil as consumers faced the problem of the oil congealing during winters.

"While looking at ways to reduce the costs of a heater, we came up with the idea of hot oil instead," says Sameer Satpathy, head of marketing at Marico's Consumer Product's Business. The innovation bandwagon is also driving acquisitions. Companies are getting into new segments by acquiring brands. "We know if we do not have a certain capability, we can acquire it or even pay and get the best in the field to do the research for us," says Dabur's Jaipuriar. Late last year Reckitt Benckiser, the world's largest maker of household cleaning material, bought out Paras Pharmaceuticals, best known for its pain reliever Moov, for Rs 3,260 crore. "Our existing strong platform in India combined with our parent company's investment and innovation strength can build on the success which Paras already enjoys," says Chander Mohan Sethi, Chairman of Reckitt Benckiser India. Similarly, the Rs 6,000 crore Cargill India acquired the edible oil brand Sweekar from Marico. "We think Sweekar offers just the right platform to allow us to innovate.

It is a premium brand and its consumers would be willing to pay more for a specific health benefit," says Siraj A. Chaudhry, Chairman, Managing Director, Cargill India. Yet innovation does not always work. Many initiatives are taken, only a few succeed. Marico's debut attempt at a salty snack, Saffola Zest, for instance, had to be withdrawn within a year of its launch in 2009. GSKCH's flavoured, packaged milk drink Chill Dood, also in 2009, flopped as well.

Quick Entry, Exit
"Companies need to show speed in introducing new products and variants. But they should also respond fast and drop product lines and variants that do not perform," says Y.L.R. Moorthi, professor of marketing at the Indian Institute of Management, Bangalore. "Often organisations are quick with the first but slow with the second. That is how they get saddled with non-performers." Moorthi also feels the real challenge is to keep upgrading existing products, keeping them contemporary and relevant. "It is because the companies concerned could do this with age-old soap brands like Lux, Lifebuoy and Pears that they remained market leaders for decades," he adds. 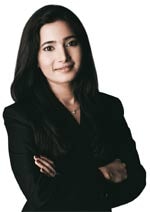 Nadia Chauhan-Kurup, Joint Managing Director, Parle Agro
"The contribution of innovation to a company's top line ranges between 0.1 to 10 per cent in the first launch year, and is in the range of 0.1 to 20 per cent in its second year," says Banoja Acharya, Vice President, BASES India at the market research firm, The Nielsen Company. (Nielsen's BASES services help clients achieve growth through new product innovations.) And that only holds if the product is a success.

"Who cares about how much money a company has spent on technology or research? Eventually the consumer must like what is being offered. It has to fill a need - at the price he can afford," concludes Ajeet Singh Karan, Partner, Baring Private Equity.

Ring in the new to ride the bourses

'We were leaders but we were not leading'