Their Pride and Joy

Google India's cool work culture and policy of pushing people to pursue their passion makes it the most attractive company for employees in India today.
Shamni Pande | Print Edition: Aug 4, 2013

Jaivir Nagi says he always looks for one thing at work: "Uncomfortably exciting opportunities." And Google India has given him plenty of them. Nagi has just returned from a short-term assignment to run Nasscom's '10,000 start-ups' project that Google sent him on. "I did not know too much, but I did prepare a lot for the job and, I guess, they sensed my zeal and gave it to me," he says. "The project blueprint was developed by me from scratch and it was exhilarating to work with industry stalwarts."

What do many Google India employees have in common with Nobel Prize-winning biologist Francis Crick and comedian John Belushi? They are all Type T personalities: in other words, thrillseekers, risk-takers and doers. "Yeah, 'T' is a big factor for me. I am constantly seeking to upgrade my T-Skills," says 24-year-old Shefali Arora, an account planner at the Internet search giant's India unit. 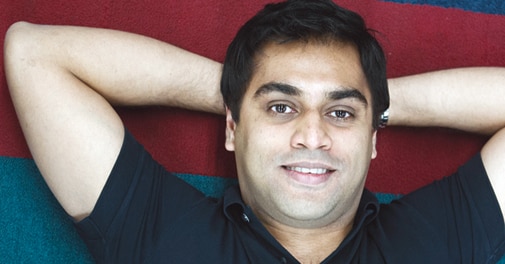 Jaivir Nagi/33 Head, Online Partnership Group, Google India Photo: Aditya Kapoor/www.indiatodayimages.com
And Google India certainly provides plenty of thrills for its staff. Arora's Google journey began when she bumped into some people from the company at the Cannes advertising festival, a trip sponsored by her B-school in 2011. "I was most impressed by the lot, much more than with folks in advertising. They had interesting things to talk about and were far more engaging," she says.

So, while her classmates were typically looking for jobs in advertising and marketing companies when they were about to graduate, Arora struck out and uploaded her resume on the Google careers site. Not long after, she found herself working for her dream company.

She has been there 18 months - and loved every minute, because it gives her a chance to touch lives. "I was happy when my suggestion to help flood-ravaged Uttarakhand was taken seriously. Employees pitched in and Google India tied up with NGO Goonj," she says.

It is this caring work culture that helps make Google India the best company to work for in the country today, according to Business Today's latest survey. The Gurgaon-based infotech company encourages the nearly 2,000 people on its rolls to pursue their hobbies and interests at work through the concept of "20 per cent jobs".

Essentially, this means employees spend 80 per cent of their time on their key responsibilities and the rest on their special interests. Adwords Associate Rajneil Kamath, for example, got a chance to dabble in his special interest when he began hosting the company's popular Hangout events. He began by handling the Hangout with Gujarat Chief Minister Narendra Modi and went on to take care of other high-profile Hangouts with actor Salman Khan and Finance Minister P. Chidambaram. The Hangout with Modi was part of the Big Tent Activate Summit in March which brought together leading Indian and international experts to discuss the impact of the Internet on India. "I am interested in marketing, and was overwhelmed when I volunteered and was allowed to handle the Google+ Hangout with Narendra Modi," says Kamath. "Whenever I speak to my peers outside, I always feel: 'I am way luckier than you'."

And Google will not have it any other way. Senior officials say the company aims to tap the passion of its workers on its rolls while keeping them focused on their responsibilities. "We want a rich culture, diversity... people who bring different skill sets and, above all, have interests that they deeply care about and wish to nurture," says Sharad Goyal, Head of People Operations, Sales, Google India. "Unlike other companies, we don't hire people and keep them on the bench. We go out with specific roles and jobs in mind."

Behind the company's maverick profile is a strong business sense. Google India has been constantly growing by adding unique projects. For example, it has a programme called WOW which helps women entrepreneurs grow their online presence and the G+ project to engage citizens in dialogue on sports, politics, education and entertainment.

Business has been good because Google India encourages staff to follow their interests. Adwords Associate Mohita Mathur, for example, is still in awe of the Big Tent Activate Summit she helped organise. The 22-year-old has also helped launch a project to teach children with many volunteers from the Google India office.

Mathur isn't the only one at Google India pursuing a hobby at work. Adwords Associate Sanjoli Chauhan joined the ad team in 2011, but hasn't just been handling advertising operations. She is equally enthused about her 20 per cent job of organising and hosting sessions with well-known personalities for Google. It gives her a chance to keep up with something she has always been interested in: dramatics.

Google India is also a great place to work because it helps people develop their professional skills. Chauhan approached her manager to find ways to improve her managerial skills and has been encouraged to sign on for the IIM Calcutta's executive MBA programme. "They will sponsor the course, but it depends on my performance at work and eventually what my grades at this course are like," she says.

Not surprisingly, young graduates are attracted to Google India. "I was pretty clueless in college. My friends urged me to prepare my resume and apply," says Mathur. She wasn't particularly interested initially, but a "cool" article she read about Google co-founder Larry Page made a real impression. "Larry Page, apparently, walked into a big event in a pair of crocs and shorts," she says. "So, when I saw Google at the campus, I knew where I wanted to be."
Tags: Google India | top employers | best employers | Best companies to work for

How Accenture keeps its staff engaged and happy

The best companies to work for in India