What the government needs to do now

Despite the crisis, a clear message must be sent to the investor community that India is open for business.
Glenn Levine | Print Edition: Sep 15, 2013 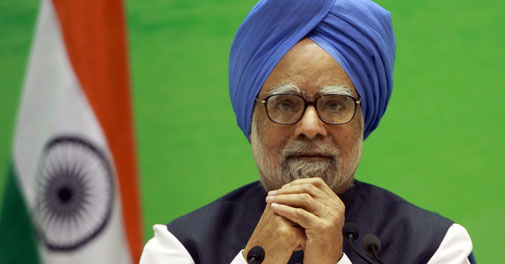 Glenn Levine, Senior Economist at Moody's Analytics (Australia)
There was an initial spurt of excitement after the new Reserve Bank of India governor was announced. Professor (Raghuram) Rajan is obviously highly accomplished, but there is only a very limited amount the central bank can do, and in India the [RBI] has made some decisions over the past few years that I haven't particularly agreed with. I think it only illustrates the impotence of the world's central banks, and particularly in India, where the buck really stops with the central government. This explains a large part of the current troubles. I think if there is a solution then it needs to come as well from the central government.

There is plenty the government can do - push through reforms like the land acquisition bill, GST (goods and services tax), maybe even look at the labour laws, but what the government needs to do is send a clear message to the business and investment community that India is open to business, is friendly to investors, it favours economic growth, openness, investor transparency, rather than revert to knee-jerk reactions to every bad piece of economic news.

What happened [on August 14] was interesting. The rupee was going down; the government wanted to act to stem its fall. The way in which it acted did absolutely nothing to reassure international investors on their ongoing concerns on the Indian economy and the way it is being managed. So after it stabilised for half a day or so the rupee continued and even accelerated its downward trajectory.

That move (was like) going for a band-aid measure that made it more difficult for Indian corporates to do business abroad. Why on earth, when your economy is struggling, would you want to handicap your business leaders, why you would want to tie their hands, is beyond me. This was interpreted correctly as an impotent measure which fell well short of the sort of signal that the government needs to send.

If the government enters a sustained period of pro-reform and pro-business policymaking, that is really the way it can send a message to the business and investment communities that it is trying to turn things around. But I don't think there is much hope of that. A couple of months ago I bumped my year-end rupee forecast from 60 to 70 (to the US dollar) which was a fairly dramatic shift. I held my breath at the time, but the way things have worked out has done nothing to deter me from my forecast.

The risk of India's foreign debt depends on the duration of the loans. It strikes me as slightly dangerous but not catastrophic if the economy is growing and the loans are of long duration.

The rupee has somehow become the core focus of the economy, including for the central bank, and that is not a good way to conduct policy. The RBI was very slow to lift the cash rate as inflation rose through 2010, and has been equally slow on the downside, in cutting rates. My view is that it could have continued to cut rates. This notion of targeting the rupee as part of your monetary policy is not the way to go. Now by drawing attention to the problem, it has wedged itself into this position where it needs to defend the currency by not cutting interest rates any more. If it had just cut (rates) and said it doesn't mind if the rupee goes to 60 or 65, that would have sent a clearer and more positive message.

We have no way of analysing or forecasting sentiment. All it can do is through a steady and continued commitment to the economy and business continuity.

Certainly, at the moment the central bank is not the biggest problem the Indian economy faces. The political gridlock is not going to improve - we saw how the Budget session (of Parliament) broke up a few days early because it was becoming pointless. The problem is that there was some momentum in the wake of the reforms the government announced in (August) 2012 and it needed to follow through on that very quickly - or the momentum would be lost.

With the spectre of the 2014 elections looming the government would become a lame-duck administration and it seems it has meandered towards that stage. The rupee is the most sensitive barometer of what has gone wrong with the economy.

Mark Twain said: "History does not repeat, but it rhymes." There are precedents and you can take lessons from what happened in the lead-up to the Asian financial crisis (of 1997/98). What that showed was that when there are a lot of external liabilities and foreign loans, it leaves you highly exposed to the whims of the foreign-exchange currency market, to investor sentiment, and eventually that house of cards starts to fall.

I think India is going to be all right, I don't think there will be a crisis there. Indian policymakers will always do the right thing eventually, and whether they take it right up to the last minute in avoiding some sort of crisis... One would hope they will not. They know what needs to be done, but the political realities preclude it. So I am reasonably confident that there will not be a financial or balance of payments crisis in India. But given where we are and the political realities, we are in for another 12 to 18 months of quite weak economic growth and some financial instability. The inherent limitations of the system point to sub-optimal outcomes for a while longer.

(As told to Chaitanya Kalbag)

Glenn Levine is Senior Economist at Moody's Analytics (Australia) Pty Ltd, based in Sydney. These views are personal