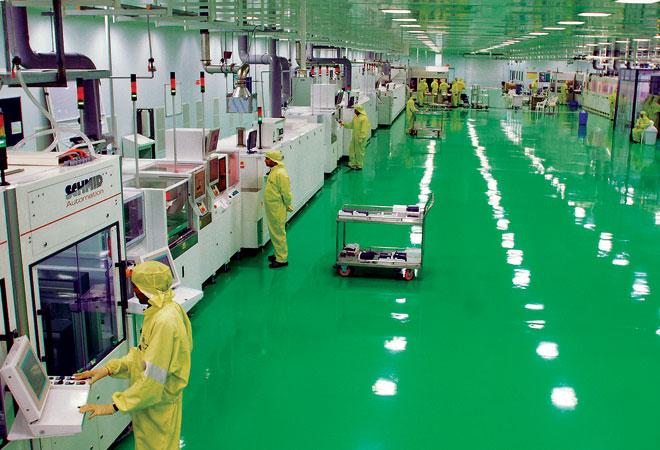 Higher investments in R&D in solar manufacturing will help India compete with imported solar modules on both cost and technology in the long run.

On May 25, a day before Narendra Modi and his cabinet took charge, the PM called Piyush Goyal to inform him that he will be the country's next power minister with an enhanced portfolio encompassing coal and renewable energy ministries. The first thing Modi wanted him to do was to find a way to end the anti-dumping duty case filed by the domestic solar panel manufactures against the manufacturers from the US, China and Taiwan.

"On May 21, days before we were supposed to take over, the commerce ministry recommended the anti-dumping duty to the finance ministry, knowing well how passionate we are for renewable energy," Goyal told BT. He added, "In the first meeting, I shared my plan to expand India's solar arena to 100 GW with the delegation of the solar manufactures, and they agreed and subsequently withdrew the compliant." That was in the larger interest of the nation.

After all, domestic panel manufactures can barely produce solar modules for 2.5 GW annually while under the new plan India was planning to add 15 GW every year. Despite US objections, the government retained the clause on mandatory domestic sourcing for projects requiring government subsidies, keeping roughly 3,000 MW for domestic cell makers. Most domestic players expect the projects to be tendered out in this fiscal, which would enhance their capacity utilisation. Meanwhile, in January, Noida-based Indosolar, entered into a contract with Korean company Osung to source wafers worth Rs 1,250 crore till 2018.

Most developers are importing cells and modules due to various factors, including cost. What worries the government is low excitement amongst the players to set up new manufacturing capacities. During the MNRE's flagship event RE-Invest in February this year, the ministry received letters of commitment for setting up additional 5 GW capacity.

Higher investments in R&D in solar manufacturing will help India compete with imported solar modules on both cost and technology in the long run. If the domestic solar cell makers have to compete with foreign players, like US major First Solar, Canada Solar and Chinese companies such as Trina solar, they need to get out of their comfort zone and invest in new technologies and capacities. States such as Andhra Pradesh have even offered land to set up a university on renewables.

However, Adani Enterprises announced formation of a joint venture with SunEdison to invest $4 billion to set up a manufacturing unit in Mundra. This will be one of the biggest manufacturing facilities in India.

"During the first half of 2015, SunEdison and Adani will complete a comprehensive analysis of the JV and business plan. Pending successful outcome of the study, construction of the facility will begin shortly thereafter. As the facility is built, certain portions will be completed first to allow key production lines to come online before the entire facility is finished. This allows the joint venture to ramp up production quicker, and creates more jobs sooner," says Pashupathy Gopalan, President of SunEdison Asia Pacific. Chinese major Trina Solar is also in talks with Reliance Industries and others to set up a similar facility.