India is on the cusp of economic growth; the onus is on the government and its citizens to walk the path towards sustainable prosperity.
Shashank Tripathi | Print Edition: January 3, 2016 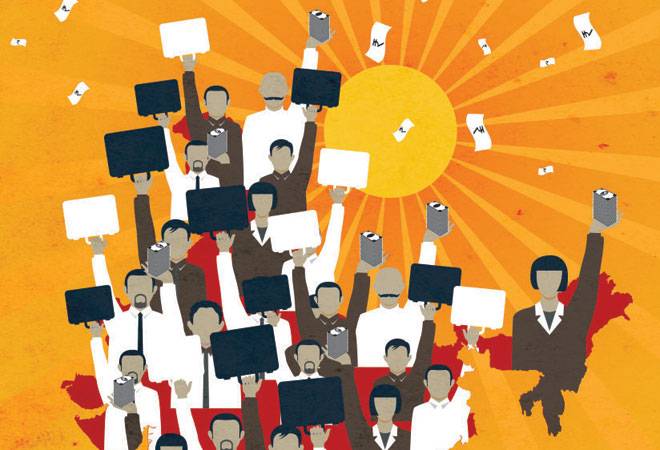 Shashank Tripathi, Partner, Strategy and Leader, PwC India
Every country and economy comes to a fork in the road that decides if it will succeed or fail. India seems to be at that juncture in 2015. The next five years could result in another surge of growth for the economy and our citizens, or we could languish in that nether world for emerging economies called 'the middle income trap'. Only, in our case, with the average GDP per capita less than $2,000 in real dollars, India could be a victim of the low income trap. For the largest democracy of the world, this would limit and stunt over 1.3 billion citizens and many generations to follow.

Both celebration and angst exist about India's demographic dividend. As one of the youngest countries in the world, we often feel relieved with the growth in our demography and a decreasing dependency ratio. On the other hand, every time we observe a group of young men loitering on a side street or the outskirts of a village, we glimpse the dark shadow of a demographic liability. China is going through the pains of a working-age population that is peaking at one billion citizens and is now starting to decline rapidly. In 20 years, a similar process will happen in India. 20 years is all we have to create growth with jobs, as this opportunity will not be back for another millennium.

What are those three or four decisions the economy, industry, polity and we, as citizens, need to take to guide us down the path of sustainable prosperity? Three overarching themes and one personal motif come to mind. Leadership by the private sector with an innovation mindset; focus on small and medium companies where true job creation takes place; a stronger but smaller government focused on enabling enterprise and, finally, on a personal level, a citizen-led movement and personal urgency to build and create.

A recent global innovation survey by Strategy& comes with some good news. The R&D spends and innovation quotient of India has shown 60 per cent improvement since 2007. Large companies, both domestic and global, are investing in R&D in India - and Asia - led by the understanding that future customers are coming from here. This innovation mindset is starting to create sector champions, in part fuelled by international companies bringing R&D to the fastest growing large economy of the world. Three of the four top sectors - healthcare, auto, software and Internet - where R&D makes the greatest impact are abundantly present in India. The largest R&D spender - computer and electronics - is also fast gaining ground with the recent push for electronics manufacturing. Indian Boards are urging companies to move beyond 'market need' led innovation to invest in technological innovations, where our IT sector can play a key role. The resulting productivity increase led by sector champions is the only way growth can be brought up to eight to nine per cent per annum on a sustained basis.

However, growth without jobs in a democracy will be pyrrhic. Widespread job creation will only happen if we sow the enterprise mantra within smaller companies and in smaller towns. While in Tier I towns, the e-commerce and start-up ecosystem is doing well, real action has to shift to supporting the medium-size entrepreneur emerging from smaller towns like Kanpur, Ludhiana and Aurangabad. These somewhat less-glamorous companies are creating jobs and opportunities for our young workforce in places that matter - Tier II and Tier III districts with approximately 60 per cent of our population. The corporate sector needs to play its role in helping, mentoring and giving market access to small and medium companies as part of their supply chain. The government should accelerate its ease of business thought process for these companies to grow and flourish. The next time business leaders are summoned to Vigyan Bhavan, I hope the medium-size business man from Coimbatore or Kanpur is on the guest list.

Less government and more governance was on the manifesto of the Modi government. A key reason for the 2014 election victory was this promise to more than 500 million voters from the middle-class and the emerging-middle. The Prime Minister and his group of ministers in rail, road and transport, skills and entrepreneurship, to name just a few, are doing what is required to push this agenda. However, the last mile of government is refusing to budge. In progressive states like Gujarat, change has been orchestrated over the past decade, but in many other states, the administration still marches to a colonial mindset. There is growing realisation that institutions like the judiciary, administration and even police has to specialise. The Public Private Partnership (PPP) mechanism to create solutions in infrastructure is still shaky. The government has been lethargic in getting out of crucial industries where it should be a referee, but still acts as a player. The time has come to send a clear signal that enabling the citizen entrepreneur will be the focus of governance and this can be done with less government.

Finally, the imagination and focus on the moment is missing. A number of commentaries stray more to the tactical over the strategic opportunity presented to this country and economy. Whatever the election result, be it India in 2014 or Bihar in 2015, there is no gainsaying that a 'now or never' opportunity exists. The opportunity of accelerating growth to nine per cent is not just based on exports, although that is required, but upon the rapid pace at which our own population is consuming and growing. We need not become the factory of the world to succeed; we can become the factory of our own emerging middle-class. That emerging middle-class can also be seen beyond consumers, as builders and creators, giving purpose to a young citizenry. We have an opportunity of taking a number of non-linear leaps; we term them 'Winning Leaps', which can power us to a $10 trillion economy over the next two decades. But, the will for that take-off must come from recognition from each citizen of this once-in-a-lifetime opportunity. Only if citizens take ownership of building our republic, nation building will become the calling of the many, and not the job of the few in the government.

Pockets of 'carpe diem' exist, and the new e-economy and m-economy are exemplars. However, a new and concerted voice is required from citizens, entrepreneurs, corporations, third sector and the government. This is the last decade when we have the full benefits of a growing demography. This is a rare occasion where we have a government with a clear developmental mandate. This is the first year as an economy in which we are well clear of the $2 trillion GDP mark. As we inch closer to our 70th anniversary of independence, a new generation is waiting to proclaim that our time is now. Generations to follow will not forgive if we fail to show courage and commitment to fulfil that promise by seizing this moment.