Cream of the Crop

Salil Singhal of agri products' major PI Industries believes it is important to be the best and not necessarily the biggest. 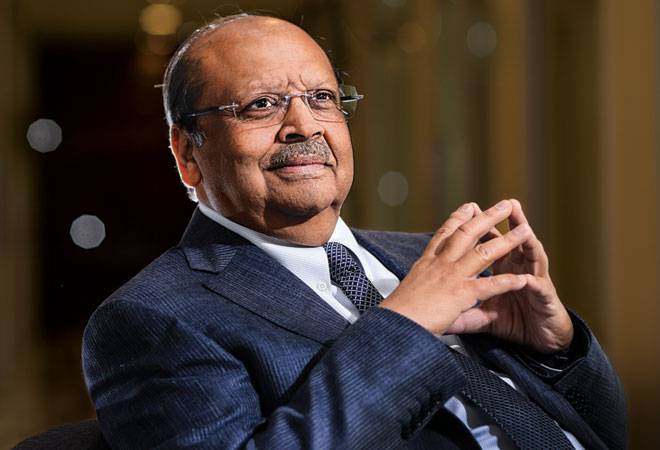 'We have prioritised the regions and suitably optimised our resource allocation, which has enabled us to outperform the sectoral growth. We have carefully chosen new products to add to our portfolio with a clear emphasis on profi tability,' says Salil Singhal CMD, PI Industries Ltd (Photo: Vivan Mehra)

It began as 'Pesticides India' in the early 1960s, but changed its name to 'PI Industries' as its products moved way beyond pesticides. Today, the company, with revenue of Rs 2,137 crore and profit after tax of Rs 243 crore in 2014/15, has two distinct product streams: first, a range of plant protectors and plant nutrients, including pesticides, for the domestic market, and second, custom synthesis and manufacturing (CSM) of agri-chemicals for specific global companies, all overseas. And the man primarily responsible for its growth and transformation is Chairman and Managing Director Salil Singhal, who took over in 1979, after his father PP Singhal, who started the company, passed away aged only 59. Salil Singhal has been adjudged Business Today's Best CEO in his sector this year for the second year running.

The high points of recent times for PI Industries have been the setting up of two new plants in September and December 2015, both at Jambusar, Gujarat, each with an investment of Rs 150 crore, and each intended to serve the CSM needs of a single company (two different customers). The company now has three such dedicated units and is poised to build more. Confidentiality requirements restrain PI Industries from revealing who these units cater to, but its 15-odd CSM clients include global chemical giants and leading innovators such as Bayer AG, BASF SE, DuPont, and Japanese majors Kumiai Chemical Industry and Ihara Chemical Industry. CSM, with an order book of $650 million and making up 55 per cent of the company's revenue in 2014/15, provides an enduring cushion, since domestic sale of agri products is subject to the vagaries of the monsoon.

Singhal, however, does not agree that domestic sales figures are unstable and would always be impacted adversely if rains fail. "India is such a vast country that every year there will be at least some areas enjoying a good monsoon, and there are also areas which are well irrigated," he says. "We have prioritised the regions and suitably optimised our resource allocation which has enabled us to out-perform the sectoral growth. We have carefully chosen new products to add to our portfolio with a clear emphasis on profitability." Three new products were supplied to its clients abroad under the CSM business and two products - both insecticides - were launched in the domestic markets. Indeed, in the last five years, two of the company's products - the herbicide Nominee Gold, and the insecticide Osheen, both of them for paddy - have proved blockbusters, making, as analysts estimate, at least Rs 100 crore in revenue. In 2014/15, CSM exports grew 23 per cent over the past year, while domestic sales rose 19 per cent. "The overall revenue growth was 22 per cent on a blended basis, while net profit went up 32 per cent," says Rajnish Sarna, Executive Director. PI Industries has been listed on the bourses since 1983, with its average market cap currently around Rs 8515.60 crore.

While founder PP Singhal was a Chemistry graduate from Allahabad University, Salil Singhal studied Political Science at St. Xavier's College, Mumbai, and joined his father immediately after graduation. His first big assignment was setting up a pesticides' formulation unit in Agra, which was ultimately shut, for various reasons, in 2009. "The Agra experience was very valuable as it helped me understand the regulatory environment, especially the laws that govern our sector," he says. From initially selling mainly to government departments, the company began marketing its products directly to farmers, which required Singhal to tour the country extensively, visiting villages and accompanying farmers to their fields to check the performance of his company's products. "We had to set up our own distribution network, and I also got involved with that," he says.

The subsequent expansion in range, from only making pesticides to manufacturing the active ingredients that go into them and a host of other agri products besides, was primarily his doing. For all his humanities background, he lays immense stress on scientific research - of the company's total manpower of 1,850, about 170 are engaged in R&D. The Udaipur unit, where PP Singhal began the company, has been completely converted into an R&D hub, with manufacturing being shifted to Panoli and Jambusar in Gujarat. In 2011, PI Industries signed up with Sony Corporation to start a joint venture in Udaipur called the 'PI-Sony Research Centre', to study synthetic organic chemicals for applications in the electronics industry.

1979: Salil Singhal takes over as CMD

1979: The company forays into manufacturing of active ingredients

1993: Begins operations at Panoli, a major manufacturing site for the company now

2015: Sets up two dedicated facilities for global clients in the CSM business

Both analysts and rivals commend PI Industries' and Singhal's performance. "What stands out about the company, especially in the last five years, is the way it has ramped up its CSM business for global clients," says Niket Shah, Vice President of broking firm Motilal Oswal. "Separately, in the domestic agri business, three factors have worked for it - first, its focus on widely sown crops like paddy and wheat; second, its success in leveraging sales of its in-licence products; and third, its good distribution network." Equally effusive is Kapil Mehan, Group CEO, Agri Business, Adventz Group and MD, Zuari Agro Chemicals and Paradip Phosphates. "PI Industries under Singhal has been very innovative in foreseeing the right trends and bringing in products that most suit market needs," he says. Some analysts, however, note one possible threat - if generic versions of some of the off-patent products developed by PI Industries are released, they could erode the company's profit margin in case of some of its products.

PI Industries is still well behind market leader United Phosphorus Ltd (UPL) in revenues, but that does not bother Singhal. "Competing on top line is not my approach," he says. "Excellence is what I care about." He notes that PI Industries' price-earnings ratio and operating profit are comparable to those of the top players in the industry and indeed surpass some of them. "As for UPL, it is primarily driven by overseas acquisitions," he adds. "We are not." He does aim at making PI Industries a billion dollar company, but is unwilling to set any time frame for the goal.

Singhal, now 70, has delegated day-to-day operations entirely to his son Mayank Singhal, who has been with the company since 1996. That leaves him time to focus on strategy, board related matters and mentoring, apart from taking up issues on behalf of the entire sector. He headed the Pesticides Association of India (now called Crop Care Federation of India) for 17 years - its longest serving Chairman. "What is striking about Singhal is his passion for issues that affect the sector," says Mehan of Adventz. "He is always leading from the front, upholding the interests of not just his own company, but of the entire industry and the agriculture sector."