After a 15-year wait and watch game, Sanjay Sagar-led JSW Energy is uniquely positioned to explore organic and inorganic growth opportunities in the power sector. Slow and steady wins the race, goes the adage. That is true for Sanjay Sagar-led JSW Energy, part of the OP Jindal Group and one of the largest private sector power companies in India. When all the major power companies like Tata Power, Adani Power and Lanco were racing each other in the 2005/12 period for capacity addition to perch at the top, Sajjan Jindal chose a strategy of not going for aggressive capacity addition, but to optimise the existing assets with maximum operational excellence and fuel efficiencies. JSW also kept away from the hype related to investing in solar and wind energy assets.

While all those companies got into trouble post the Indonesian coal policy change in 2012 (which decided to benchmark its coal to international prices) and resultant fuel shortage, excess capacities, losses and huge debt, JSW Energy posted steady profitable performance, quarter after quarter. It also maintained a healthy balance sheet. Now JSW Energy is aggressively adding capacity as about 32,000 MW of power projects are up for sale. In September, JSW Energy bought two hydro electric projects in Himachal Pradesh from Jaiprakash Power Ventures for Rs 9,275 crore.

BEST CEO POWER: JSW ENERGY LTD
Standalone data, net of extraordinary income and expensesThe acquisition - 300 MW Baspa - II HEP and 1,091 MW Karcham Wangtoo hydro projects - made JSW Energy the largest private power producer in the country, ahead of Tata Powers 8669 MW capacity and contributed about one-third of its overall capacity. Further, the company will soon acquire a 500 MW Bina thermal power plant at Sagar district in Madhya Pradesh from Jaiprakash Power Ventures. The acquisition, likely to be valued around Rs 3,000 crore to Rs 3,500 crore, will help JSW Energy to have a capacity in excess of 5,000 MW.

"The acquisition helps in diversifying the power generation portfolio with high quality hydro power assets, besides increasing the share of long-term power purchase agreement (PPA) in our basket. The plan to acquire Bina power project will strengthen the business model of JSW Energy," said Sajjan Jindal, Chairman and Managing Director, JSW Energy, while announcing the acquisition.

"We preferred not to be overtly aggressive to take risks just in adding capacities that may strain our balance sheet. Instead, we concentrated on efficiently operating the power plants and using the best technology. As a result, our power plants figure in the best operating power plants award of the Central Electricity Authority (CEA) for the past seven-eight years," says Sanjay Sagar, Joint Managing Director and CEO of JSW Energy. About 44 percent of the company's power sales are merchant sales and the rest are long-term sales. JSW Energy's power generating plant at Vijayanagar, Karnataka, has a combined capacity of 860 MW. Two units of 130 MW each were commissioned in the year 2000, with dual-fired boilers using imported coal and waste gas generated from the JSW Steel plant at Vijayanagar. Two units of 300 MW each were added in 2009, which runs on imported coal. This power plant has been awarded the status of Best Operating Power Plant by the Ministry of Power in 2014, for the seventh consecutive year, and its plant load factor (PLF), which determines the efficiency of power plants, has always been over 80 per cent.

JSW launched a greenfield 1,200 MW (300X4) imported coal-based plant at Jaigarh, Ratnagiri, in 2007 and it was fully commissioned in 2011. JSW Energys third project, located in Thar desert, at Barmer in Rajastan, a 1080 MW (135 MW X8) RajWest Power Ltd (RWPL) is one of the best running power plants in the country in terms of assured and consistent returns on investment. JSW Energy acquired the project in 2005 and construction of the plant was the main challenge. About 10,000 workers weathered the extreme heat and cold conditions of Thar desert to commission the plants by 2013. The entire output of 1080 MW has been purchased by the Rajasthan government. Unlike most of the current power plants which were awarded bid based in recent years, this plant was awarded on a cost plus tariff basis structure, under Section 62 of the Electricity Act. Unlike coal starved power plants, RajWest has adequate fuel - two pithead lignite mines at nearby Jalipa and Kapurdi areas with 375-380 million tonnes of reserves.

Apart from power generation, JSW Energy is also into the entire value chain of power like generation, mining, transmission and power trading. Jaigad PowerTransco Ltd (JPTL), a joint venture between JSW Energy and Maharashtra State Electricity Transmission Company Limited (MSETCL), has power evacuation capacity of about 2,500 MW to 3,000 MW and is presently transmitting power generated at the 1200 MW Jaigad thermal power plant to Maharashtra grid. The line will also evacuate power from the proposed new power plants coming in the Jaigad region.

Its Delhi-based subsidiary JSW Power Trading Company Ltd (JSWPTC) is among the top four power trading companies in India. It handled trading volume of 8.95 billion units in FY 2014/15. Toshiba JSW Power System, a joint venture between Toshiba of Japan and JSW, makes supercritical Steam Turbines and Generators (STG) for thermal power plants, in capacities ranging from 500 MW to 1000 MW in India. JSW Group currently holds 25 per cent in the 3000 MW capacity plant in Chennai, which is being increased to 6000 MW.

"It is the first Toshiba plant outside Japan and plans are to make it as an export hub for power equipment from here to other countries," says Sagar. 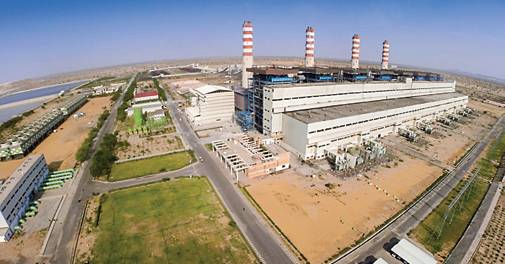 "With the international coal prices cooling off, it is not viable to mine coal from there and bring it to India. So we are leasing out the wash plant and railway sidings, etc., to reduce the burden on our balance sheet," says Sagar.

JSW has decided to go slow on the existing greenfield capacity additions, as many viable assets are available for acquisition, he informs. JSW Energy's consolidated net debt as of September 30, 2015, was Rs 15,589 crore, with a net debt to equity ratio of 1.88 times, compared to over Rs 40,000 crore debt of Adani Power and Tata Power.

"JSW Energy is currently in a sweet spot as weakness in global coal prices will boost earnings while merchant tariffs remain strong. Its strong balance sheet enables it to bid for stressed assets which can be value accretive in the long run," observes Abhinav Sharma, analyst with HDFC Securities, in an analyst report.

The company has about 8,630 MW under implementation and development, in its pursuit to reach 11,770 MW in power generation. These projects include a 240 MW (3 X 80 MW) hydroelectric power project on the upper reaches of river Ravi in the district of Chamba, Himachal Pradesh, an additional 660 MW supercritical plant at Vijayanagar, expanding the Ratnagiri Project with a 4 X 800 MW coal-based power plant, an additional 2 X 135 MW power plant at Barmer, Rajasthan, a 1,320 MW (2 X 660 MW) supercritical thermal power plant in Raigarh, Chhattisgarh, a 1,620 MW power plant near Baranda, Jharkhand, and a 2 x 660 MW thermal power project in West Bengal.

Sagar says, though the demand for power in the country has not improved much, the restructuring plans for the state distribution companies augurs well in future for the sector.

Sagar says the company will look at a judicious capacity addition and will try to acquire available quality assets.

"The power demand is likely to grow firmly over the medium-to-long term on the back of expected growth revival. With an enabling regulatory architecture, clarity on the medium-term outlook, and availability of many stressed power assets, JSW Energy is uniquely positioned to explore organic and inorganic growth opportunities," Sajjan Jindal told the company shareowners.