Is corporate world a global village?

The corporate world is a global village—yeah right, try telling Ratan Tata or Venugopal Dhoot that. 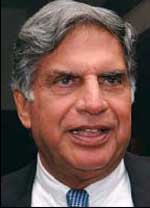 Ratan Tata
Back in the summer of 1978, an Italian immigrant’s son got fired from Ford Motors for—what he claimed in his autobiography— his ethnic roots. Henry Ford II, wrote Lee Iacocca in his book, had personality issues with Iacocca’s Italian origins. While the veracity of that statement has never been substantiated by Ford— except for the infamous oneliner “Sometimes, you just don’t like somebody”—Iacocca’s firing was probably the most (in)famous instance of meritocracy not quite ruling the roost.

Times may have changed—one century giving way to another—but mindsets, it would appear, have steadfastly retained their status quo. Three decades after the Iacocca incident, as India’s Tata Motors squares up (at the time of writing) to bag premium automobile brands Jaguar and Land Rover—ironically, from the Ford stable—it faces opposition from unlikely quarters: US car dealers who fear a dilution of brand equity if a company better known for its aim of producing India’s (and the world’s) cheapest car is at the helm of these high-end brands.

This in an era when Indian managerial expertise is increasing its occupancy rate of the global corner rooms—starting from the last years of the 20th century with Rana Talwar at Stanchart and Rajat Gupta at McKinsey to Arun Sarin at Vodafone, Indra Nooyi at PepsiCo and now Vikram Pandit at Citigroup. So, while Indian managerial talent is welcome to lead overseas companies, Indian ownership, it would seem, is not quite kosher. The theory is that the Nooyis and the Pandits of the world have grown within the organisations they now lead—which, perhaps, makes acceptance easier. 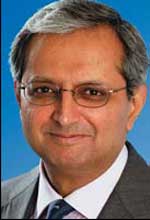 Vikram Pandit
Venugopal Dhoot, Chairman and Managing Director, Videocon Industries, says he is “surprised” by doubts about the Tatas being able to manage a global premium brand. “India’s brand equity is peaking in the developed world—so this objection by the Jaguar Business Operations Council (JBOC) is rather strange,” he opines.

Insinuations of racialism also flared up when the Indian Hotels Company (IHCL)—another Tata group company—sought a strategic tie-up with Orient Express Hotels (OEH), only to be rebuffed on the grounds that any association with the “predominantly domestic Indian hotel chain” would erode OEH’s brand equity. So charged up has been the atmosphere that R.K. Krishna Kumar, Vice Chairman, IHCL, fired off a letter to Paul M. White, President, OEH, demanding an immediate apology—for what exactly, he doesn’t specify.

“India Inc.’s successes have only come about in the last 10-15 years. So, perhaps, it is difficult for the established world order to accept this change in such a short time,” feels Anil Gupta, Joint Managing Director, Havell’s India. Havell’s had bought the Frankfurt-based luminaires major Sylvania for $300 million (Rs 1,200 crore) earlier this year. Gupta ascribes the opposition to Indian management control to a defensive mindset rather than to any racially-motivated angst.