Indulge in the fine art of collectibles

It is not prudent to look at art as an investment. Develop an eye to identify those that are most aesthetically pleasing before buying one
Kiran Nadar | Print Edition: September 13, 2015 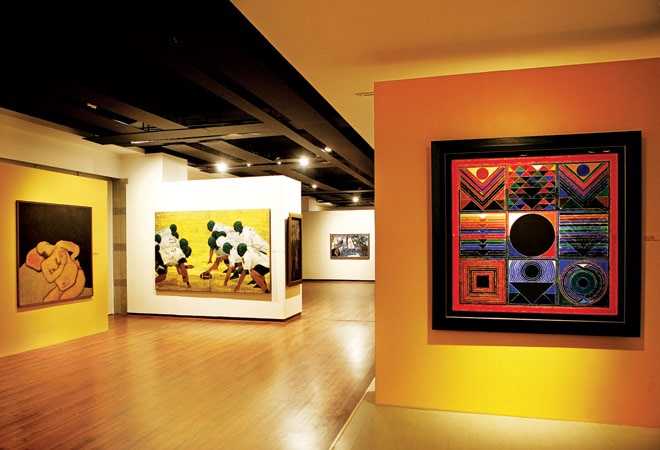 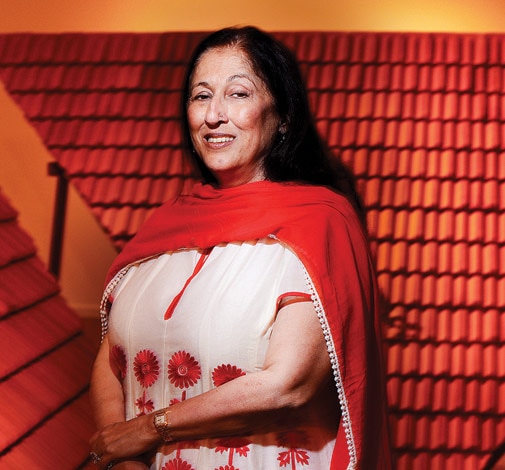 Kiran Nadar, chairperson, Kiran Nadar Museum of Art. (Photo: Vivan Mehra)
For those who are at the starting point of their collecting journey, I would say, don't look at buying art as an investment. Instead, get a first-hand knowledge of art and see how your eyes respond to a work before making the decision to buy.

I started collecting art at the end of the 1980s, early 1990s when I was building my home. I began meandering through the art world, learning about artists and their works. While I did not have an art background, I had a reasonably discerning eye.

My journey into the art world began to shape and define me as a person. In the beginning I focused only on known artists. The first artist whose work I picked up was [M.F.] Husain. Soon after I picked up the works of Rameshwar Broota and Manjit Bawa. Although Broota and Bawa were well known, they were not necessarily the doyens of Indian art. They were just the choices I made, ensuring that the art I was collecting was reflecting of my personal taste and personality.

For instance, the painting I picked up of Broota was a male nude called Runners. For somebody who had no art background to buy such an avant-garde work - and that too life size - showed a maturity of thought.

Soon I had more art than walls, There was just no space and the art had to be put into storage. But still I enjoyed collecting. By now it had become a passion and I could not stop buying.

In early 2000, I decided that all the art I had acquired needed to be housed in a museum which anybody could come and see. I wanted to share with the world. It took me several years to fructify the idea. We started with a museum in Noida, at the HCL campus, in 2010. We are still there, in fact, though I have expanded and created this museum (the Kiran Nadar Museum of Art) in Saket.

Now we are looking to build an even larger museum space in NCR. We are looking at a stand-alone building with about 150,000 sq. feet space, a larger expanse for art works and a place where we could have an auditorium for art talks, a restaurant and more.

Everything in my museums are from my private collection - though occasionally for some shows, a few works are loaned by the artists. In 20 years of collecting, I now have 3,200 works. Now I no longer buy for my home and only collect for the museums.

During my initial foray of buying, I collected Husains. Earlier I was an instinctive buyer. Later as I matured as a collector, I researched art works a lot, reading up and talking to people. I began looking for important works of artists. When you have most of the artists in your collection, you then start looking for stellar works, or to fill the gaps in your collection.

For instance, Husain has produced from the ordinary to the mercurially brilliant. So you have to be very careful what you are picking up of his. I try not to buy his more recent works when he became prolific. Some of his earlier works were brilliant.

I largely avoid unknown artists. Yes, I do pick up younger artists but I don't go for experimental art. Now my buying is only for the museum, and I have to be very careful in what I buy.

The first brush with art

When you are beginning to collect art, your first consideration should not be how much will it be worth in 10 years time - because you never can judge that. There are artists who have appreciated phenomenally and some artists who have always remained on the backburner. Prisoner of War by Rameshwar Broota
Instead, get first-hand knowledge of the art. Once you get your eye in, buy art that you personally like, as you have to live with the painting. Don't buy because somebody recommends to you that it is a very good buy. For a collector, the space you are collecting for is also important. Multimedia is difficult to install. You could look at sculptures - though sometimes they do require a large space. How much resources you have to spare also shape your buying decision.

I buy a lot of art at auctions, through galleries, sometimes directly even from artists, though they mostly prefer dealing with galleries. They don't like to deal directly. Occasionally I have also commissioned works.

Husain has done two commissioned works for me - Mahabharat and Mother. I did not give him the subject, I showed him the space and he decided on the subject himself. I also commissioned Manjit Bawa to do a piece for me which I called Our world.

Commissioned work has its own risks. Because you are honour bound to take that work. You cannot say that you don't like it and decline it. And you don't know what the artist will produce. But if you know the artist well, it usually works out well. For instance, I asked Arpita Singh (whose Ramayana sold for Rs 9.6 crore) to create a work for me. I absolutely left it to her and she produced a brilliant work. So I do commission now and then. If I like a particular artist and his or her work is not available, then I commission. There is no price difference really - the artists charge you according to the market rate of their current works.

I like new media though in my home, I have none. I have mainly paintings and sculptures. I think all forms of arts are fascinating. Tribal art came into vogue recently. As far as trends go, video art is becoming very important and the use of film has increased. Though for me personally there is nothing like old fashioned paintings. Unfortunately today, due to the focus on new media, the emphasis on pure painting is losing its space.

In terms of content, there is no special theme that I am attached to, or particularly pick up. All artists have their own special areas and I appreciate each one of them. For instance, Raza is very focused on colour. And his patterns and abstraction is fantastic. Souza's figuratives are brilliant. Ravi Verma is the master of mythology.

Most of my collection is Indian art - I would say nearly 95 per cent. There are two reasons - the first is that resources to buy are not unlimited. Western art can be quite expensive. The second reason is that you need the knowledge to buy global art discerningly.

All my art is insured. It is essential they are insured against all eventualities.

As told to Chitra Narayanan