When Gurleen Singh Boparai told his family in December 2011 that he wanted to go on a holiday to Kashmir with his friends, he faced stiff resistance. The 21-year-old Chandigarh engineering student was to soon leave the country to pursue a postgraduate programme at the University of California. "I was fascinated by Kashmir. I had heard a lot about Srinagar, Gulmarg, Sonmarg, etc. Adventure sports, especially skiing, excited me. So I persisted," he says. But his parents thought that a region marred by violence for many years wasn't a great choice for holidaying. "I was worried," says Raj Karan Singh Boparai, Gurleen's father, who had studied in a Srinagar engineering college in the early 1980s. "I called up a few friends there, who assured me the situation was peaceful. Only then I agreed to send him there."

The junior Boparai was one of 1.4 million tourists who thronged the Kashmir Valley in 2011/12. This is a huge jump from the lows of the 1990s and the early 2000s when barely a few thousand visited the region in a year. The main reason for the surge in tourism is the return of peace. According to data from the Jammu and Kashmir police, 106 people died in militancy-related incidents between January and November this year. That compares with 4,507 casualties in 2001, when terrorism was at its peak.

The state government's renewed focus on reviving tourism, which contributes about seven per cent to the local economy, has also helped the industry. "We are trying to help people engaged in tourism," Chief Minister Omar Abdullah told Business Today during an interaction at his winter residence in Jammu. "We give capital subsidies if someone wants to construct a hotel, buy luxury buses or adventure sports equipment. Also, we do not tax many tourism-related activities." 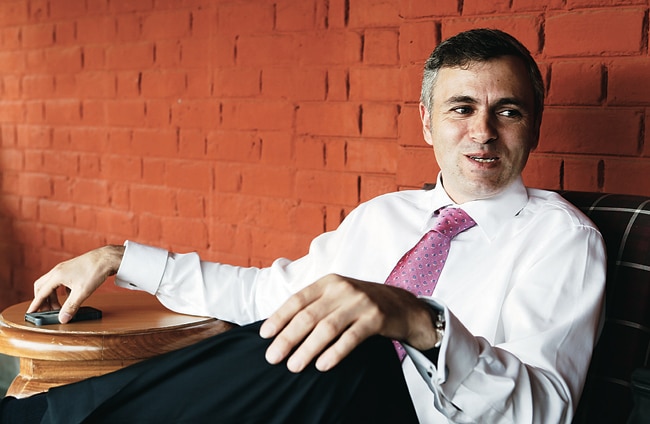 We are trying to help people engaged in tourism. We give capital subsidies if someone wants to construct a hotel, buy luxury buses or adventure sports equipment. Also, we do not tax many tourism-related activities: Omar Abdullah, Chief Minister, J&K
The Kashmir Valley was one of India's hottest tourist destinations until the late 1980s. It was a favourite of not only domestic travelers but also filmmakers and foreign visitors. But it fell off the tourist map after the onset of militancy. Domestic tourists are returning in hordes now. "We run to full capacity during the peak season," says Jagdeep Nambiar, General Manager at the Lalit Group's Grand Palace luxury hotel in Srinagar. "Even during the off season the occupancy rate is 30 per cent."

Filmmakers, too, are making a beeline for the region. Among the recent Hindi movies shot in the valley are Rockstar and Yeh Jawaani Hai Deewani, both starring Ranbir Kapoor. Acclaimed director Vishal Bhardwaj is also shooting in Srinagar for his upcoming Haider. "I am happy to roll out the red carpet for any filmmaker who wants to come and shoot in the valley," says Abdullah. But he adds a rider - the movie should not paint a negative picture of Kashmir. Abdullah made headlines recently when he expressed his displeasure on a social networking site after watching Yeh Jawaani Hai Deewani, which projected the ski resort of Gulmarg as Manali in Himachal Pradesh. "We go out of our way to help filmmakers, but they should at least tell people correctly which place it is," he says.

Foreign tourists, however, have yet to rediscover the region. In November, Gulam Ahmad Mir, the state's tourism minister, visited Europe to project Kashmir as a safe tourist destination. He met a group of non-resident Kashmiris in London asking them to become the state's brand ambassadors and promote tourism. The Ministry of External Affairs is also lobbying with western nations to take Kashmir out of the list of places their advisories warn against visiting. The efforts are bearing fruit. Australia, Austria, France and Italy have relaxed travel restrictions for Kashmir. But Abdullah says he is not targeting foreign travelers. "We are trying to create awareness amongst foreigners but they are not my priority," he says. Rather, he is targeting the 10 million religious tourists who visit the Vaishno Devi shrine near Jammu and the Amarnath cave every year. "We would like these people to spend more time visiting other places in the state," he says.

Though tourism is booming, it also faces infrastructure constraints. Tourism Minister Mir told the state assembly in April that the government had identified some areas in major tourist places such as Gulmarg, Srinagar and Pahalgam for construction of hotels. The government has also allowed certain residential complexes to provide paying guest accommodation. An official at the state's tourism ministry says 79 tourism-related buildings such as budget hotels and tourist information centres have been constructed in the past two to three years. Structures of religious importance like the Hazratbal shrine and Jama Masjid in Srinagar are also been renovated, the official says.

A shortage of skilled professionals is another issue that could hamper the industry's growth. Anirban Roy, Managing Director at Delhi-based Seed, an organisation that works in the area of financial inclusion, has been running a skill development centre in Srinagar in partnership with the Lalit Group hotel for two years to train local people for the hospitality sector. Roy says demand for skilled professionals has risen since the centre began its first batch in 2011 as new hotels have come up. The centre has taught four batches so far.

The industry's biggest fear, however, is any return of instability and violence. A case in point is the drop in tourist arrivals in 2012/13 to 1.1 million after protests rocked the region following the execution in February of Afzal Guru, a Kashmiri who was hanged for his role in the December 2001 attack on parliament in New Delhi. "All the good work takes a back seat with any disturbing news story," says Yasir Bhat, a young graduate from the University of Kashmir in Srinagar. Nambiar, The Lalit hotel's manager, says the tourism industry becomes the first casualty of protests and violence. He cites the example of India-born music maestro Zubin Mehta's concert in Srinagar in September. "That was a great opportunity to showcase Kashmir as a tourist destination to the world," he says. "But this too was marred by protests."

Abdullah agrees that peace and stability are vital to sustaining the boom in tourism. This will require a lot of hard work. But so far, the industry is firmly on the path to recovery.

'India should aspire to end inequality of income'