The Mobile World Congress 2015 wasn't just about smartphones and wearable gadgets. It had a lot more to offer. 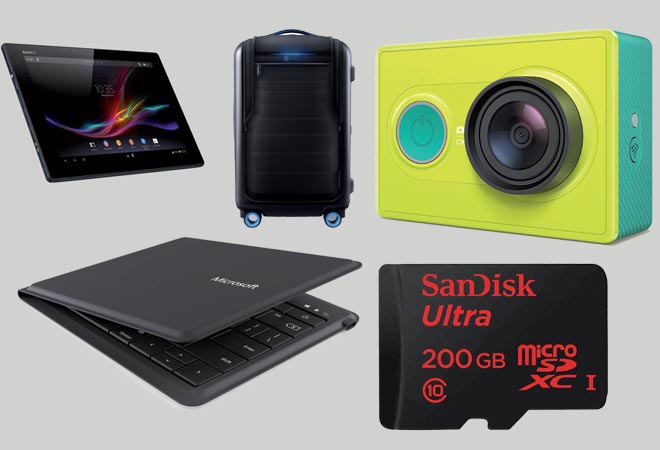 The Mobile World Congress 2015 wasn't just about smartphones and wearable gadgets. It had a lot more to offer. Here are some of the best gadgets from the show:

Sony might not be focusing big time on smartphones but has launched its new Xperia Z4 tablet. It features a 10.2inch 2k display with 250×1600 pixel resolution. It runs on Qualcomm Snapdragon 810 octa-core 64-bit processor paired with 3GB of RAM. The internal storage is 32GB. This tablet is sleek with 6.1mm of waistline. It weighs 389 grams and has a 6000mAh battery. It adorns a 13MP rear camera and a 5MP frontfacing camera. Interestingly, this tablet will work with PlayStation 4 remote Play. The water-resistant tablet goes on sale in June.

Lenovo's first portable standalone projector is a 50-lumen device that can project up to 110 inches. It has 20,000 hours of lamp life. Its lens can be rotated up to 90 degree to project on a ceiling. The projector is compatible with Android Jelly Bean (onwards), Windows 8.1 and iOS devices that are equipped with Miracast or DLNA. It has a microSD card slot, two speakers, a 3.5mm audio jack, and a battery that can run for about two-and-a-half hours. Weighing 170 grams, the projector has been priced at $199.

After launching some impressive smartphones and Mi Pad tablet, Xiaomi has ventured into a new category with its Yi Camera. This is a compact action camera, which will compete against the popular GoPro. The Yi Camera, available only in China through flash sales, has been priced at RMB 399, which comes out to $64. On the other hand, GoPro's entry-level camera is priced around $130. Yi Camera has a 16 megapixel camera using Sony's Exmor R BSI CMPS sensor and records video at 1080p (60 frames a second). It can go up to 40 meters under water.

Sandisk has announced a new 200GB microSD card at MWC 2015. While this can turn any smartphone into a portable hard drive, none of the smartphones available in the market today support such a huge expandable memory. The maximum expandable memory supported till date is 128GB.

This is an interesting piece of luggage that is referred as the "connected carry-on". It has a built-in scale to measure the weight and the weight is displayed on the app on the smartphone. It also has a battery pack inside the luggage that can charge a smartphone on the move. It is also equipped with a Telefonica SIM card that can trace the bag on a map if lost.

Wearables that made news at Mobile World Congress 2015