A crash course on the most popular labels and groups in the business.
Priyanka Misra | Print Edition: Sep 1, 2013

LVMH
Paris-based LVMH Moet Hennessy Louis Vuitton sits right at the top of the luxury market. It has a portfolio of over 60 brands, including wines and spirits such as Dom Perignon; fashion and leather goods such as Louis Vuitton and Fendi; and perfume and cosmetics such as Guerlain and Givenchy. Louis Vuitton
Louis Vuitton
In 1852, French emperor Napoleon's wife hired Louis Vuitton as her personal box-maker. More than 150 years later, the brand launched by a farmer's son remains fit for a king while its signature monogram is an icon of style.

KERING
Kering, earlier known as Pinault-Printemps-Redoute or PPR, was a building materials company which entered the luxury business in 1999 with the purchase of Gucci. Brands under the Gucci portfolio include Yves Saint Laurent, now known as Saint Laurent Paris, Bottega Veneta, Boucheron and Balenciaga. 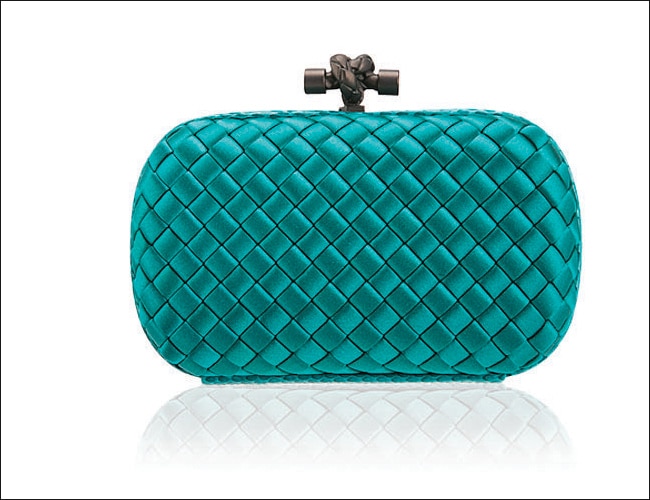 Bottega Veneta
Bottega Veneta
Italian luxury goods house Bottega Veneta began by producing artisanal leather goods. Today, it makes a host of products such as fine jewellery and eyewear, but is best known for its special leather-weaving technique, the intrecciato. Its most popular product is the Knot clutch, almost a symbol of the brand. Boucheron jewels
Boucheron
The House of Boucheron has been crafting heirloom jewels for more than 150 years. Royalty from Queen Elizabeth to the Maharaja of Patiala and Queen Rania of Jordan have worn the French jeweller's pieces. The iconic Boucheron serpent, which goes back to the inaugural serpentine masterpiece created by Boucheron in honour of his wife in 1888, has inspired pieces throughout the history of the house. Balenciaga couture
Balenciaga
Traditionally, Balenciaga couture was best known for its clean and modern aesthetic. But since fashion designer Cristóbal Balenciaga opened his fi rst store in Spain in 1918, the label's innovations have gone from balloon dresses to pillbox hats. Its most iconic accessory is the Motorcycle Bag. 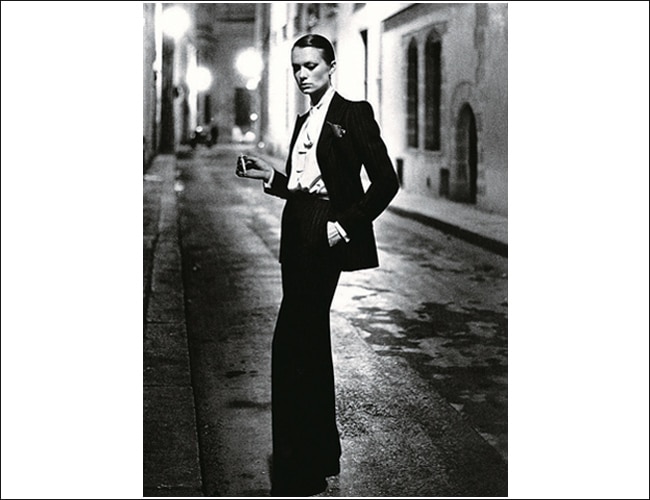 SWATCH GROUP
The Swatch Group was formed in 1983 with the merging of two Swiss watch manufacturers - ASUAG and SSIH. It has 20 watch brands ranging from luxury names such as Breguet, Jaquet Droz and OMEGA to the more middle range Tissot and Calvin Klein labels. Its most basic range is under the Swatch and Flik Flak labels. PUIG
Luxury firm Antonio Puig was founded in 1914 as a company dedicated to the cosmetic and fragrance sectors. In the 1940s, it began marketing Agua Lavanda Puig, one of its best-known products. It owns fashion brands Carolina Herrera and Jean Paul Gaultier, and fragrances from  Prada and Valentino. RICHEMONT
Compagnie Financiere Richemont was founded in 1988 by Switzerland-based South African businessman Johann Rupert. The Richemont group is a specialist watchmaker with the largest market share in the luxury watch segment with brands like Baume & Mercier, Jaeger-LeCoultre, Piaget and Vacheron Constantin. 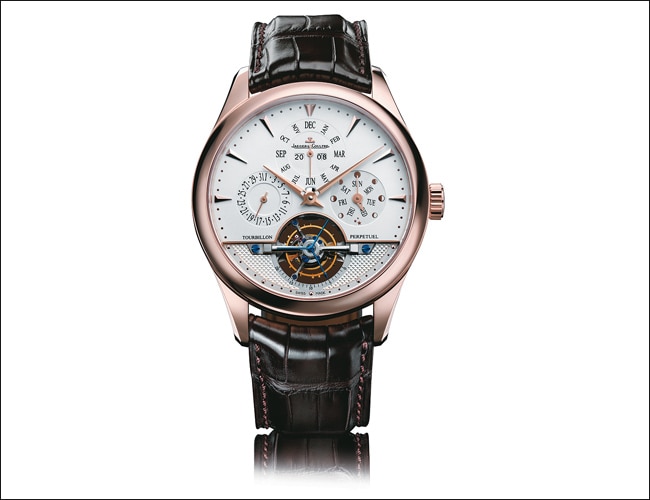 Jaeger-LeCoultre watch
Jaeger-LeCoultre
The collaboration between founders Antoine LeCoultre and Edward Jaeger's watch-making companies in 1937 led to the creation of brand Jaeger-LeCoultre. It has registered approximately 400 patents, but is best known for perfecting the technology of the Atmos watch. 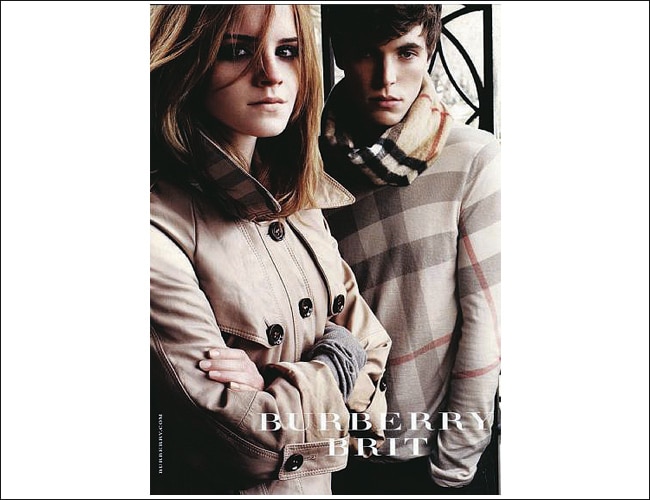 Jimmy Choo
Jimmy Choo
Jimmy Choo is a Malaysian-Chinese designer based in London. His shoes are the ultimate name in glamour and are worn by top celebrities such as Nicole Kidman. His biggest contribution to the world of shoe chic remains the strappy gladiator with towering heels. 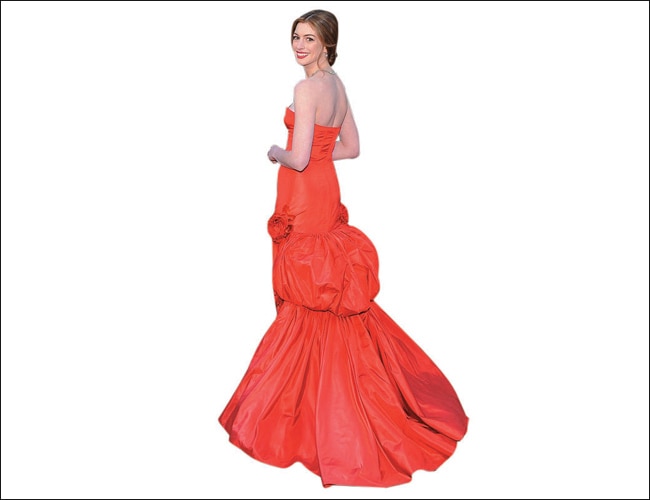 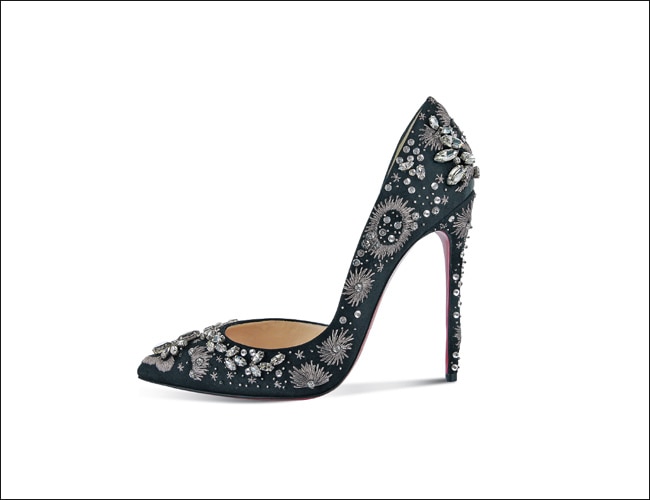 Christian Louboutin
Cristian Louboutin
Famous shoe designer Christian Louboutin opened his first shop in 1991 in Paris. By 2012, he had 42 boutiques globally selling around 600,000 pairs annually. The Louboutins work like a charm on the red carpet and many stars order custom-made shoes, the most recent being Bollywood actor Sonam Kapoor. Versace gowns
Versace
One of the leading international fashion houses, Versace is known for its picture-perfect red carpet gowns. The first Versace store opened in 1978. Its most acclaimed dress is the Bondage Halter from the Fall 1992 Bondage collection. The outfit was popularised recently by singer Lady Gaga. Ferragamo
Italian shoe designer Salvatore Ferragamo was once labelled "Shoemaker to the Stars". Marilyn Monroe wore his steel-reinforced stilettos with a billowing white dress in the memorable The Seven Year Itch. Today, he's credited with inventing one of the most enduring styles in the world of shoe fashion: the cork wedge. 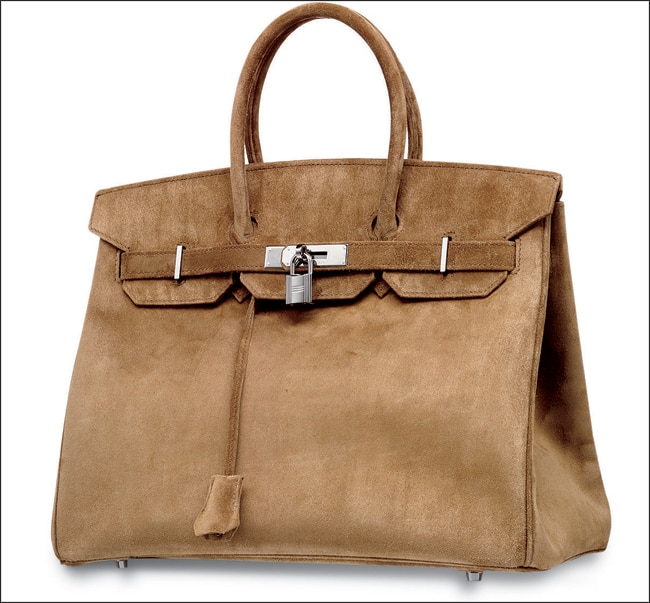 Hermes leather products
Hermes
The French company is famous for its leather products, lifestyle accessories and perfumes. It launched the Birkin bag in 1984 and has since become an icon of wealth and class. The price for a Birkin ranges from 6,000 pound to 100,000 pound. The hand-sewn bags are mostly made on order. Italian luxury fashion house Ermenegildo Zegna
Ermenegildo Zegna
The Italian luxury fashion house came into being in 1910 and is known for producing quality menswear. Style, excellence and perfect finish are what make these suits a favourite with the rich and classy. Actors Gerard Butler, Chris Pine and Liam Hemsworth have been seen sporting a Zegna on the red carpet. Manolo Blahnik
Manolo Blahník
Spanish fashion designer Manuel Manolo Blahnik Rodriguez introduced stilettos in the early 1970s at a time when platforms and chunky heels were the fashion of the day. In the popular TV show Sex and the City, Blahnik shoes are the favourites of the lead character Carrie Bradshaw. Tod's shoes
Tod's
Tod's began as a small cobbling business of Filippo Della Valle in Le Marche, Italy, in the early 1900s. Today, the Driving Moccasin, or simply the loafer, is the most famous Tod's product, and is known for its craftsmanship and high-quality leather. It comes in a wide colour palette and has an elite customer base. Christian Dior handbag
Christian Dior
French designer Christian Dior opened his first store in 1946. One of the most well-known products from the fashion house is the Princess Diana-inspired Lady Dior handbag made in the Cannage pattern by stitching geometric grids into lambskin.