Most CEOs started with modest salaries which pale in comparison with what they earn today. 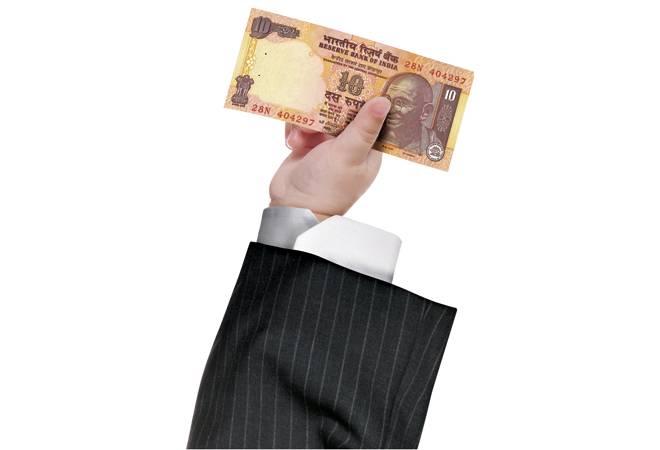 When Anil Manibhai Naik joined the engineering and infrastructure behemoth Larsen and Toubro in 1965 as a junior engineer, his ambition was to earn at least Rs 1,000 a month before he retired.

Naik's first monthly salary in the company was Rs 670 and he had no idea then that he would retire from the company 52 years later as one of its most celebrated top bosses and as one of India's highest paid CEOs.

Naik breached the Rs 1,000 per month mark in his first year itself and by the time he retired, his remuneration had risen to Rs 137.24 crore. His leave encashment alone was worth Rs 32.21 crore.

A regular on the list of highest paid CEOs in the country for the better part of the 17 years that he was the chairman of L&T, Naik exemplifies most other self-made professional CEOs in India who started off their careers on a sombre note.

The story of Keki Mistry, the Vice Chairman and CEO of HDFC, India's largest private sector lender, is similar. Mistry started out as an intern at Hindustan Unilever where he earned Rs 500 per month. The amount went up three fold to Rs 1,600 per month when he got his first formal job at The Indian Hotels Company. By the time he joined HDFC in 1981, his take-home had gone up to Rs 2,620 per month.

Barring the recent fad of millennials shooting to the top in the start-up ecosystem, the bulk of the CEOs in traditional set ups started their career as interns or at junior management levels with salaries that will put even the most modest pocket money of today, seem exorbitant. The rise in their stature, which mirrors the one in their pay packet, is testimony to both their ambition as well as the tear-away pace at which the Indian economy has grown in the last three decades.

Sudhir Rao, who is currently steering the engine at Bombardier Transportation and has previously managed Skoda India, vividly remembers his first pay cheque of just Rs 800 in 1982 at American industrial manufacturing company Ingersoll Rand. "My father asked me to buy something for my mother with my first salary so I bought a saree for her," Rao says. "I did not know then that I would become a CEO one day but the aspiration was always there."

R.M. Vishakha, the MD and CEO of IndiaFirst Life Company, bought clothes for her grand-parents with her first Rs 60 stipend as a chartered accountant in 1984. Three years later, in her first job at The New India Assurance Co., she would buy a refrigerator with her Rs 2,100 pay cheque.

Warendra Sinha, the MD and CEO of Iffco Tokio General Insurance Company, knew from the start that he would become a CEO one day. After clearing a rather tough national level competitive entrance exam in 1982, in which 120 candidates out of 200,000 aspirants were selected as direct recruit officers, Sinha found himself in a job with a salary of Rs 1,641 per month.

"Your first salary is something you always cherish in life. I could have saved my first salary that time but I didn't stop my 23-year-old self from spending it the way I wanted. I celebrated the beginning of my financial freedom by spending the money on my family and friends. In the initial years I used to be spendthrift and very broke. Over the years, as my family grew, I started managing to make ends meet to ensure a good life for me and my family," Sinha reminisces.

Sinha attributes his growth to enjoying his work. "From the very early stage of my carrier I enjoyed taking ownership of my work and enjoyed the challenge of building teams. I would never shy away from taking transfers as it gave me an exposure to different regions, work styles and cultures, which helped me move up the ladder. During my working life, I have shifted homes 11 times and my children had to study in schools in four different cities."

Clearly, it does not matter how and where you started. For a CEO, what matters is where you end your journey.