On the trail of fraud

Satyam’s auditors and independent directors failed to catch on to Raju’s scam. Auditors Pavan Kumar Vijay and R. Ramakrishnan, working with BT, show how dodgy numbers were ignored all along. Puja Mehra reports. 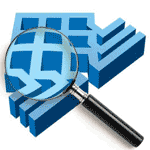 B. Ramalinga Raju would have us believe that all that he did wrong was to get caught up in the corporate rat race. Driven to desperation by a ruthless environment where the slightest slip on a quarterly earnings target would pummel Satyam’s share price, Raju began inflating both revenue and profit figures to meet market expectations. Or so he says. In a dramatic letter released on January 7, he admitted to nonexistent cash balances, fake interest proceeds and grossly overstated revenues that totalled $1.4 billion, amongst other things. In it, he also reported a ‘real’ operating margin of 3 per cent. He solemnly pledged that neither he nor his brother Rama Raju took a paisa from the company and that they did not sell “any shares in the last eight years—excepting for a small proportion declared and sold for philanthropic purposes."

This is a surreal revelation since it means that Raju continued to lie even through one of the most earnest and startling confessions to hit corporate India. A quick examination of promoters’ shareholding patterns shows that Raju and his family decreased their holdings from 15.67 per cent in 2005-06 to 8.61 per cent in September 2008. In fact, in 2006, he had transferred these shares to his family’s company, SRSR Holdings Pvt. Ltd, from which he took out loans using the shares as collateral. Finally, early this year, the promoter stake dropped to a 2.3 per cent without anybody noticing. Obviously, Raju was benefitting from fudging his own numbers—and that too in a substantial way.

Ignoring the obvious
Another obvious red herring that should have tipped an auditor off, say BT’s auditors, was Satyam’s high amounts of debt despite easy cash positions. In September 2008, global brokerage CLSA said: “With almost $1.2 billion of cash, we find it intriguing that Satyam closed 2007-08 with $56 million of debt.” In fact, an enormous amount of cash—Rs 4,462 crore—appeared to sit in the current account unused. This is an extraordinary thing for a company since most often, excess cash is kicked back to shareholders in the shape of a dividend, or is earning valuable interest if it isn’t being utilised to pare debt or fund acquisitions. In fact, banks at the time were offering many flexi deposit schemes with attractive returns. None of the independent board members or auditors thought to question any of this.

Raju’s admitted faking of Rs 376 crore of interest income and Rs 490 crore of debtors’ positions is also mystifying. Similarly, Raju says that Satyam’s fixed deposits, which supposedly grew from a meagre Rs 3.35 crore in 1998-99 to Rs 3,320.19 crore in 2007-08, are all made up. When auditors go over a client’s numbers, they are supposed to have independent bank confirmation for things like interest income earned, in the form of a bank statement. Debtors’ confirmations are also double-checked and authenticated. Even if they didn’t cross-verify the existence of the bank balances and the fixed deposits, the auditors should have obtained certificates from the banks on the tax deducted on the interest accruing on the fixed deposits. What these imaginary numbers mean is that either the auditors were shoddy or were in collusion with the company—or Satyam was wily enough to intercept the requests for statements that auditors mail out, and forged them, something that auditors say has happened in largescale fraud cases in the past. Still, for this to happen every quarter for many years is unlikely.

In his letter, Raju says that Satyam’s operating margin for the second quarter of 2008-09 was an abysmal 3 per cent, which is what forced him to pump the numbers up. That seems absurd, considering that Infosys recently reported a 33 per cent operating margin—and the two firms compete for similar kinds of business in similar geographic locations. “Is he saying that all the work was worth just 3 per cent margins?” snarls a senior executive at one of Satyam’s development centres in Hyderabad. “Cross-checking the billings with the long-standing top ten clients like Merrill and GE will show if they were inflated.” Clearly, the effort to fudge revenue figures had less to do with corporate pressure and more to do with generating cash for all the other dubious deals that Raju could have been involved in over the years—including the funding of the two Maytas firms, paying off political dons as well as land acquisitions. How was he able to implement such a colossal fraud?

Pulling it off
Many industry observers suspect that Raju just removed all the cash that he now says never existed from the bank accounts, over the last three months. Several bank statements crucial for investigating the fraud are missing, Union Minister for Company Affairs P. C. Gupta told BT. “We have asked the banks to give us duplicates,” he said.

Raju could also have entered fake sales and expenditure, or engineered asset billings, such as overinvoiced capital expenditures to drain out money—another commonly-used technique. The Rs 400-crore capital expenditure Satyam had reported for the April-September quarter of 2008-09 could have been cooked up since the employee count hadn’t changed. IT companies have little need for capital expenditure other than rent for office buildings and equipment for employees.

In fact, the income tax department had searched several offices of Satyam in Hyderabad in 2002 and found that Raju had opened multiple benami accounts containing fixed deposits of Rs 29.5 crore through relatives and friends. He could have channelled the money into these and other yet-to-be detected benami fixed deposits.

Another possible money generating trick: company acquisitions. In 2005, Satyam spent $160.4 million on the acquisition of six companies that many on Dalal Street questioned. CLSA said in August 2008: “There has been little articulation of any follow-on wins, thanks to these assets, and the scale of acquisitions continues to raise doubts on whether they can truly move the needle for a $2-billion top-line company.” Accounting experts say that it is common for Indian promoters to overpay for acquisitions in order to siphon out money from their companies and then pay a commission to the sellers of the acquired companies. It is quite likely that Raju was using this technique.

Finally, Satyam’s international sprawl must have been an enormous asset in churning out illegal funds. It had operations in 66 countries and 65 different banks. Over 90 per cent of the revenues were from export services, the income from which is exempt from regular income tax. It would have been supremely easy for Raju to receive a payment of say, $50 million, for a subsidiary’s services and then take it off the books—funnelling it back to India through a hawala route.

Click here to Enlarge
Where were the watchdogs?
It wasn’t as if no one was ever suspicious of Satyam’s dodgy numbers. CLSA had originally put out a report way back in 2001 on Satyam’s “dubious accounting practices”. Then, RPI MP Ramdas Athawale accused Raju and gang of tax fraud and insider trading in 2003. But clearly, the company police—the independent directors on the board, the external auditors, the banks, the stock exchanges and NSDL and CSDL—were either napping or in collusion. The Satyam fraud has exposed the weakness of the regulatory framework in India as well as the failure of auditors, in one fell swoop.

Clearly, Satyam’s indifferent board is one big reason Raju was able to get away with his fraud. He chose them well. No one would even think of questioning such illustrious members of the business community as Harvard Professor and corporate governance expert Krishna Palepu, co-father of the Pentium processor Vinod Dham and Dean of the Indian School of Business, Rammohan Rao. None of these board members ever thought of finding out why Satyam had so much underutilised cash reserves or why Raju and Co.’s share in the company was falling so precipitously, even after meeting seven times in last year. SEBI, too, should have had a built-in trigger, alerting them to any kind of unusual selling activity from promoters.

As corporate India absorbs the implications of Raju’s actions, business leaders need to push for stricter—yet sensible—accounting practices and other regulation that keeps a functioning checks and balances on companies. Raju in his letter confessed that doctoring the books over the years was akin to “riding a tiger, not knowing how to get off without being eaten”. If effective prescriptions are not found, it is more than just Raju and Satyam who will be consumed in the following year.