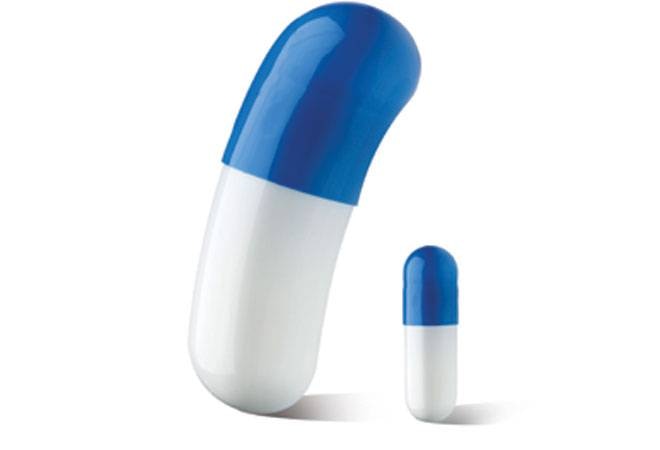 India's venerated $37 billion pharma industry is at the crossroads. The road to new drug discovery - after decades of disappointing results - is famously pot-holed and, with half-discoveries being touted as new drugs, appears to be leading nowhere; The road to money-spinners such as Para-IV exclusivity, generic-generics and branded generics is facing rapid speed-breakers of competition, commoditisation and price erosion. In the interim, domestic pharma majors went on the road to tactical M&As to foster growth. But the most promising road is the way to complex generics, specialty drugs and bio-similars. It is also the most arduous, requiring a decoction of cutting-edge science, speed and agility and outstanding selling prowess - neither of which is Indian pharma majors' strength.

That calls for reassessing the ground realities and implementation of new strategies, fresh thinking and, most importantly, fresh blood. Just as the doctor ordered, the scions - some second generation and some third - of Indian pharma majors are readying to take on this onerous responsibility.

This is a watershed moment. If they succeed, India will still have a home-grown pharmaceutical industry. If they don't, the domestic pharma landscape will be peppered with foreign-owned Indian pharma companies, a trend that has accelerated since the beginning of this decade.

That was certainly not how the forefathers of India's generic industry envisaged it. They dreamt of creating original drugs-or New Chemical Entity (NCE)-and ruling the global pharma industry with their low cost science. Veteran companies like Alembic (founded in 1907) and Cipla (1935) were joined by newcomers like Ranbaxy Laboratories, Sun Pharma, Dr Reddy's Laboratories, Lupin, Wockhardt, Zydus Cadila and more, most of them set up by scientist-chemists inclined towards entrepreneurship. Pharma entrepreneurs Ranbaxy's Parvinder Singh, Dr Reddy's' Anji Reddy, Lupin's DB Gupta, Cipla 's Y.K. Hamied, Wockhardt 's Habil Khorakiwala-among others-aspired to develop NCEs of their own. They set up world class laboratories and hired hundreds of scientists in their quest for a new drug. They were convinced that if Indian scientists could lead new drug development in multinational laboratories, they could surely produce NCEs in their labs at a fraction of the $1-1.5 billion that MNCs spent in developing a new drug. When these scientist-entrepreneurs were in their prime in the late 1990s and early 2000s, it was the most exhilirating period and India appeared on the verge of discovering a new drug and thereby becoming the world's pharma lab. At its peak, Ranbaxy and Dr Reddy's had nearly a dozen promising molecules in either late Phase I or early Phase II trials-the domestic industry had over 50 promising molecules under various stages of clinical trials. But despite repeated attempts right till the early 2000s, all molecules failed Phase II or early Phase III trials. As companies ran out of patience - and cash - they began out-licensing (leasing molecules) to MNCs for trials. But that didn't deliver any results either. By 2005, it was clear that the industry had flattered to deceive and the doyens of the industry such as Parvinder Singh, Anji Reddy and others had either lost or were losing their battle with age. The attempt at drug discovery had failed miserably (By some estimates, even today about 120 molecules are in various stages of clinical trials, but history is against Indian pharma).

In 2013, Zydus Cadila introduced Lipaglyn - a novel drug discovered to treat diabetic dyslipidemeia - but it hasn't yet been approved by global drug regulators, including USFDA. And Ranbaxy introduced an anti-malarial drug after the Indian drug regulator's approval for the Bill Gates Foundation.

Having struggled to make any headway, domestic pharma majors began focusing their attention on geographical expansion of their generics empire by establishing offices in other countries or by acquiring foreign companies, drug portfolios and research facilities to plug the gaps in their armoury. But there are challenges galore: Branded generics as a growth engine in emerging markets is facing challenges of government price control. To top it all, India is gearing up to introduce the new norm of making it mandatory for doctors to prescribe generic-generic drugs, instead of branded generics; Finally, there are bio-similars but, here again, the experience has been mixed as there is less certainty on the requirements for approvals as the drug character is different and more complex than synthetic drugs.

We document their exciting journey. Their strategies may differ but their goals are identical-to capture as much business as possible in the world's biggest pharma market-the US.

If Cipla's Vaziralli is channeling the company's energies into fewer but chosen global markets while redoubling the focus on the US, Wockhardt's Murtaza is focusing on the vast domestic market while reducing dependence on the US (he is betting on antibiotics with five molecules under development). Zydus Cadila's Sharvil is driving renewed investments into research, Divi's Kiran and Nilima remain focused on driving the founder's dream of becoming one of the world's biggest manufacturers of active pharmaceutical ingredients.

How to clean the bad loans mess in banking sector