The difficulty of making it easier

No one disagrees that doing business in India is a nightmare. How can that be changed?
Manoj Kohli        Print Edition: Jan 4, 2015 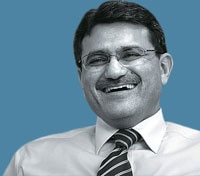 Manoj Kohli, MD, Bharti Enterprises
Hope is palpable in the air as the new government prepares to celebrate its first New Year in power. Quite clearly, we have once again started to dream about becoming the dominant global economic power so befitting for a nation of 1.25 billion people. But notwithstanding the present government's firm resolve to drive forward key economic reforms, regaining the lost momentum will not happen by default. I firmly believe that rediscovery of the momentum will depend as much on the broad macro-level reforms as on the tangible on-ground initiatives that make life easy for India's ebullient entrepreneurial class. The coming Budget is likely to be a defining document on this score, setting this process on the rails.

There is little doubt that India has already moved quite some distance in terms of macroeconomic reforms, though we could have done much better having embarked on the historic 'change of course' more than two decades ago. The impact of these reforms, as I see them, has at best been sub-optimal. They have not quite made India the most exciting place on earth for domestic and global entrepreneurs - the real driving force in an emerging economy like ours - notwithstanding the outstanding success stories of some of our celebrated business leaders like Sunil Bharti Mittal, N.R. Narayana Murthy, Dilip Sanghvi and Uday Kotak. Most of these success stories appear to have been realised largely through the exceptional zeal and perseverance of these entrepreneurs when different sectors of the economy were opened to the private sector and foreign capital was allowed full play in a hitherto closed economy.

Unfortunately, India's ranking on the World Bank's 'Ease of Doing Business Index' has remained more or less stagnant, in the 130s and 140s, over the last few years in a list of 189 countries. This reflects poorly on the country's ability to provide a conducive environment for entrepreneurs. Even much smaller countries like Sri Lanka, Nepal and Pakistan have fared better. The reason perhaps lies in the old saying 'the devil is in the detail'. Liberalisation at the macro level has not quite been followed up with changes in the routine processes that businesses negotiate on a daily basis, starting from simple company registration to land acquisition to filing of regulatory compliances.

It's perhaps time to engage in another spell of deep introspection, much the same way we did when we embarked on the historic change of course in 1991. However, unlike 1991, the approach is going to be oriented towards micro processes in the business environment. As the Chairman of the CII's Task Force on 'Ease of Doing Business', I had the privilege of diving deep into some key dimensions of what makes India so business-unfriendly. While a large part of India's business unfriendliness can be attributed to archaic, non-transparent and irrational laws, in some cases it's our lack of proactive thinking that has contributed to such a situation.

India's complex and multi-layered tax structure not just makes it a diffi cult place to do business but makes it a high-cost place as well.
The Goods and Services Tax has long been pending because of lack of consensus among state governments

Today, a complex maze of approval systems hobbles projects of all kinds. A construction permit requires up to 20 permits and it takes over two months to obtain them. It takes about seven to eight months to obtain a Category A environmental clearance. End-to-end automation of government approval processes involving both central and state governments is an idea which can help reduce approval periods dramatically. Applications, instead of moving through different government departments sequentially, can be considered concurrently by respective departments to facilitate simultaneous approvals.

Availability of land is a critical input for businesses such as manufacturing and infrastructure. Ironically, the new Land Acquisition Act has only worsened the situation by bringing into force some extremely complicated provisions. Obstructionist clauses like obtaining the consent of 70 per cent of project-affected families in case of public-private partnership projects and 80 per cent families in case of private sector projects are expected to increase the average acquisition time to about 56 months. A dramatic drop in land acquisition after the Act came into force reflects the aggravating situation. The Act not only needs to be rationalised at the earliest but needs to be supplemented with appropriate amendments in state laws.

Archaic labour laws constitute another long-standing irritant for industry. Too many labour laws, many of which are outdated with marginal changes carried out in them over the years, continue to complicate matters particularly for small and medium-scale industries. The exclusive focus of these laws on job protection does not provide for flexible manpower deployment, making them extremely industry-unfriendly. Today, entrepreneurs are unable to opt for dynamic deployment of manpower through contract labour. Since smart labour deployment lies at the heart of excellence in manufacturing, simplification and rationalisation of the laws is a necessary precondition for making India a global manufacturing powerhouse like China. Introduction of single 'annual inspection' by all inspectors or innovative methods like 'third-party inspections' and 'self-certification' for units up to a certain size can improve matters to a large extent.

Contract enforcement and dispute resolution within well-defined time lines is a critical driver of business in developed markets. At present, it takes several years for a commercial litigation to achieve finality. We need to urgently strengthen the institutional mechanism by increasing the number of courts and tribunals with requisite infrastructure to enable them to function efficiently. E-enablement of the entire dispute resolution process through introduction of e-filing and e-service across courts can dramatically improve the pace.

Entry of new companies and exit of failed ones is a part of life. Unfortunately, exit procedures for Indian companies continues to be quite complex involving multiple and time-consuming formalities under various corporate laws, tax laws, labour laws etc. The formalities not only entail significant compliance costs but lock precious funds and capital assets in non-viable businesses that could be productively employed in other ventures. Global best practices can be of great help here. The UK's liquidation processes and US bankruptcy laws can be great examples to emulate.

India's complex and multi-layered tax structure (central, state, local) not just make it a difficult place to do business but make it a high-cost place as well. The new Goods and Services Tax, so rightly seeking to get rid of this 'one country, several markets' syndrome, has long been pending because of lack of consensus among state governments. It's high time all stakeholders come on the same page to drive home this critical reform at the earliest to realise our dream of 'one country, one market'.

The idea of 'Make in India' takes me back to my days in the 1990s in the manufacturing industry, when I visited several emerging economies in Asia to set up manufacturing facilities. In the Pudong area of the Shanghai Industrial Park, we received all requisite approvals linked to electricity, water, roads and blue and white collar employment permits to start our operation in less than four weeks. I had similar experience of proactive application processing and cooperation in the Jebel Ali Free Economic Zone in the UAE and Singapore's Jurong area. In both the locations we received the requisite approvals much before we expected them. All the three locations went on to emerge as vibrant manufacturing hot spots in Asia, showing us what streamlined application processing can achieve.

The changes on the whole have to take place at two levels: 1) replace archaic, opaque and dysfunctional regulations with rational and transparent laws that simplify business processes to save on time and reduce cost; 2) create new supportive structures that aid business efficiency. The second type of intervention may not have much to do with legal processes but may involve large-scale investment in technology and hard infrastructure. In fact, most advanced streamlined business processes in developed markets, besides being rational and transparent, are running on heavy doses of technology infusion. The other element here could be hard infrastructure. Take, for instance, the turnaround time at our ports, a key enabler for international trade. The average turnaround time at major ports in India is 4.29 days as compared to less than a day at major international ports like Singapore and Rotterdam. It is very difficult to change the present situation without making large investments in port modernisation.

Adopting best practices both from international and domestic sources is going to be critical. It may appear a little strange that states in India vary enormously as far as adoption of modern business practices is concerned. Take, for instance, the case of e-DharaBhulekh (GIS-enabled computerisation) initiative in Gujarat that has enabled computerisation of land records, registration and title mutation process. The initiative has reduced property registration time from three days to three hours. It now takes just one hour instead of two days to issue various certificates. The point I am trying to make here is that there already exists great opportunities for cross-learning even within the country as far as best practices are concerned.

The new government has already outlined a strategy to improve India's position in the World Bank's 'Ease of Doing Business' ranking from 140 to 50 in the next two years. The most gratifying part of this initiative is that it is being guided by the Prime Minister's Office, which lends a sense of urgency into the initiative. But one must realise that such transformation will perforce be multi-dimensional and extremely complex and require coordination not just among different departments at the Centre but seek active cooperation from the states as well. The important element in this transformation could be calibrated and synergistic roll out of changes with definitive time horizons attached to particular elements of change.

The enormity of the potential economic opportunity of such transformation is well mapped out in the CII-KPMG Report (Vibrant India: Best Place for Doing Business - An Action Plan). The change in business environment can potentially create 25 million more jobs and Rs 8 lakh crore incremental GDP over five years.

Having watched the current government and its pro-reform approach over the last six months, I am fairly convinced that we are in the right hands, which can sail us through such a complex challenge. The improvement in India's business friendliness is not going to happen in one sudden burst of change, but would rather happen in a gradual and incremental way seeking to usher in a fundamental cultural change in government administration. It's not going to be a one-stroke affair as is the case with policy change. Change will require to be extremely broad-based involving numerous on-ground stakeholders and could fundamentally redefine the way India works. We have to be patient. People may not celebrate these changes like the big-bang reforms, but when accomplished, they can empower India's impatient entrepreneurial class decisively, which can in turn make India what it deserves to be - an economic powerhouse that not just lives for itself but gives wind to the sails of the global economy.

ABOUT: Manoj Kohli is Managing Director of Bharti Enterprises and is responsible for the growth of the group's retail, financial services, agri-products, retail and other businesses. His 35-year-long career has been equally split in manufacturing and telecom jobs. He chairs the CII's task force on Ease of Doing Business.