The proposed capping of bankers compensation will encourage quality growth but also hit profitability and risk-taking ability of the institution. 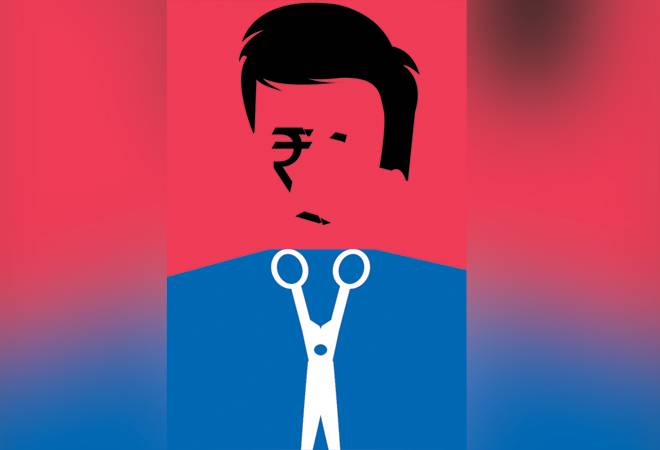 The close to Rs 3 crore basic salary of Shikha Sharma, the Axis Bank CEO who quit last year, kept growing steadily even when the fortunes of the bank were sinking. In spite of a sharp deterioration in asset quality, profitability and valuation, thanks mostly to her bets in the infrastructure space, the bank's board did not see merit in tinkering with her compensation structure.

It was only in April last year, when 60-year-old Sharma's fourth term was due for renewal, that the Reserve Bank of India, or RBI, put its foot down. Sharma, who had come from an insurance background, having built ICICI's life insurance subsidiary, decided to call it a day.

Sharma's colleague at ICICI Bank, Chanda Kochhar, who was earning almost the same as Sharma, also didn't match up to expectations as the bank faced severe asset quality pressure in project loans given between 2012 and 2014. A year ago, Kochhar also got embroiled in allegations of favouritism in grant of loans, and the 58-year-old was finally indicted by the board-appointed Srikrishna Committee for violation of the bank's code of conduct. For the first time in the history of Indian private banks, the board decided to claw back past bonuses paid to Kochhar. In another private bank, Yes Bank, the RBI showed the door to a founder/promoter because of huge NPA divergences (between those reported by the bank versus the RBI's own assessment).

In a business like banking where the institution relies on public deposits, incidents like these create a huge risk for the system. In the above cases, clearly, in spite of their huge salaries, it seems that the people at the top lost focus on risk, compliance and building sustainable business models. There was clear lack of accountability in at least some of these cases.

That was in the past. The RBI, keen to avoid a repeat, is finally showing willingness to ensure more accountability at the top. While it already clears the compensation structure as well as renewal of CEO tenures, in February, it released draft guidelines on compensation structure for bank CEOs and whole-time directors for a wider discussion. The proposed guidelines seek to restrict the salary's variable component at 200 per cent of fixed salary. Interestingly, employee stock options, or ESOPs, have been considered a part of variable pay, which was not the case earlier. There are also provisions for penalties - to be recovered from the CEO - for NPA divergences.

The proposed guidelines are not the result of only recent developments at private sector banks. The high salaries of CEOs at big multinational banks had come in for sharp criticism after the 2008 global financial meltdown after it came to light that they took risky bets and focussed on mindless top-line growth and short-term profitability with utter disregard for sustainability of the business. When the crisis hit, it landed at the doors of taxpayers as governments bailed out the big financial institutions that were at the risk of going down. A year after the Lehman crisis, the Financial Stability Forum issued sound compensation principles which basically asked regulators to align compensation with prudent risk taking. Later, in 2011, the Basel Committee on Banking Supervision released remuneration practices and methodologies that supported sound incentives. The RBI also issued compensation norms in 2012. The latest draft guidelines are a review of the earlier ones with a suggestion for capping the variable component substantially. But the biggest change is inclusion of ESOPs in the definition of variable pay, which itself is sought to be capped at 200 per cent of the fixed pay. Traditionally, incentives at private sector banks have been heavily skewed towards stocks. Many private bank CEOs have in the past created a lot of wealth for themselves by selling ESOPs.

"This change could have implications for the compensation structure," says Anubhav Gupta, Director of Consulting at Aon Hewitt. Gupta is probably hinting at a higher fixed pay to accommodate the higher variable pay. "Globally, top banks have moved away from the ESOP-like structure to performance shares," says Gupta. These are shares given to the employee at a discount.

For now, there is no clarity on how senior management compensation will be structured if the RBI guidelines are implemented. In fact, the moment the CEO's variable pay is capped, the bank will also not be able to include a higher variable component in the salary structure of senior employees who report to the CEO.

However, some bankers have criticised the proposed guidelines as too strict; they say the proposals will discourage risk taking/innovation and culture of thinking out of the box. "The regulator is actually saying the bank CEO's is not a money-making job. It is a fiduciary job," says a consultant. "Talent may move to other segments of the financial services," says Gupta of Aon. In fact, this is already happening as insurers, mutual funds, NBFCs and private equity players are growing at a fast clip and offering fat salary packages.

Ankit Bansal, Founder and CEO at Sapphire Human Resources, says compensation is a complicated subject. "We have to think about factors such as attracting right talent, fostering innovation, long-term things, etc, in entirety," says Bansal, adding, "If we tinker too much with market forces, we may risk ending up overcomplicating things."

"The intent of the proposed guidelines is risk mitigation. The RBI should be open to new stock incentive structures," says another consultant. "There is no doubt that the guidelines will go a long way in achieving accountability but the question is - is this the best way of ensuring accountability?" asks Bansal.

Clearly, there are more apprehensions than cheers for the proposals. As most of the star banking CEOs have either left or are on the verge of retiring, it remains to be seen how the industry attracts new breed of CEOs in a highly regulated environment.