Marissa Mayer, the former CEO of Yahoo, was brought in to turnaround Yahoo in 2012. But her tenure was marred by low Web traffic and revenues, and data security breaches.

Finally, Verizon bought Yahoo at $350 million lesser than the original price, but Mayer received $186 million when she left the company. A massive oil spill in 2010 cost the oil company BP more than $60 billion, but Tony Hayward, who stepped down as CEO in October of the same year, walked away with a payout of about $1.61 million, apart from a hefty pension fund.

In India, golden handshakes used to be rare as most promoters would hold key positions. But with more companies bringing in professional CEOs and other senior executives, golden handshakes are becoming more common. Top executives are negotiating to include this in their employment contract, in anticipation of events such as takeovers, mergers or closures, which are increasing. The term 'golden handshake' is often used interchangeably with 'severance pay', but the two are different. The latter is part of the employment contracts, while the former is compensation offered to a senior executive when he is asked to leave suddenly. It can be over and above the severance pay. The term is said to have been coined in 1965, in Britain, by Frederick Ellis, the city editor of the Daily Express newspaper. According to a book by Seema Sanghi, Human Resource Management, the term gained traction in New Zealand in the late 1990s when various senior executives of the state had controversial departures. A similar term is 'golden parachute' but it applies more to employee levels other than senior management. According to some reports, the highest golden handshake is of William McGuire, the former CEO of UnitedHealth Group. He was given $1.6 billion in stock options when he left the company in 2006, after serving as its CEO for 15 years. However, he was later fined $7 million by the US Securities and Exchange Commission for backdating stock options, and had to pay back $468 million.

In India, golden handshakes are gaining ground as more professionals are at the helm, and tenures are getting shorter. Plus, the Voluntary Retirement Scheme (VRS) is prevalent, especially in public sector enterprises. Many companies, especially in IT, manufacturing, media, telecom, e-commerce, insurance and financial services, promise hefty payouts to their executives at the time of exit. "Uncertainty in the business world has increased, so senior executives are trying to protect themselves," says Sonal Agrawal, Managing Partner, executive search firm Accord Group India.

The executive and the company may part ways for various reasons, one of which is acquisition. Sun Pharma offered a golden handshake to the top executives of pharma company Ranbaxy with a choice to cash in their stock options, after it acquired the company from Japan's Daiichi Sankyo. Arun Sawhney, who was Ranbaxy's CEO for seven years, is reported to have received a hefty payout from both Daiichi and Sun Pharma when he retired in 2015, though Business Today was not able to confirm this.

"A golden handshake is only a consequence; the triggering event is termination of employment. If a company is merging with another company and it has already got abundant resources, then why will it keep the second company's?" asks Sudish Sharma, Executive Partner at law firm Lakshmikumaran and Sridharan. 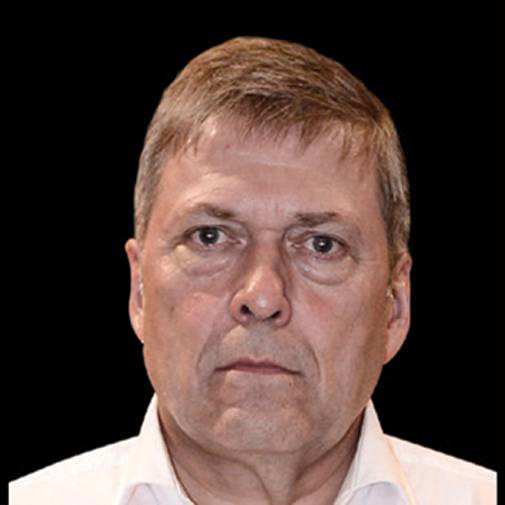 James Agarwal, Managing Director of hiring company BTI Executive Search, explains that there are situations in which executives have to leave because of internal changes, for which the company might offer them a package. If someone has served for long and is retiring, then too a 'parting gift' may be given. This may mean cash payments and also accelerated vesting.

Expectation mismatch can also lead to departure of senior executives. For instance, Vishal Sikka, former CEO of Infosys, had various run-ins with the company's founders. Things worsened to such a level that his pay hike was questioned. When Sikka decided to resign, he also chose to not use the golden handshake provisions, which were part of the contract. According to a report by corporate governance firm InGovern, Sikka's employment agreement stated that on leaving the company he would receive "24 months of base pay and 24 months of liquidated pay-out, as cash component, in instalments; accelerated vesting of ESOPs (employee stock options) and RSUs (restricted stock units) granted and insurance (COBRA) coverage of up to 18 months from date of termination." (COBRA is a health insurance programme in the US under which the employee and his dependents can draw benefits even after he loses his job.) As Sikka's remuneration in the financial year 2017 (he left in August 2017) was annual base pay of $1 million, annual variable pay of $3 million, RSUs of $2 million and ESOPs of $5 million, his total severance pay would have amounted to up to $15 million or about Rs 100 crore, the report says. A lot depends on what the contract says. Some specify that if the CEO has to leave due to anything other than 'cause' - which may include wilful misconduct, insubordination, siphoning funds, criminal proceedings against him, breach of the employment agreement, etc. - the company will compensate him. Non-performance may or may not figure in here, depending upon the structure of the contract.

There are other situations as well that might trigger a golden handshake situation, and CEOs are increasingly including these in their contracts. "If the authority that he used to command within the company has been diluted, or at any point the salary or remuneration which has been promised to him has been significantly diminished, or if he is asked to relocate to a different location... all of these are mentioned in the contracts," says Anshul Prakash, Partner, Employment Labour and Benefits, Khaitan & Co.

It is not only CEOs who are taking measures to protect themselves; companies, too, are on guard as top-level exits have many ramifications. "In many ways, these contracts are designed as a deterrent, to protect the interest of the company. You don't want the CEO to go out and sell the equity to someone else," says Suresh Raina, Partner at executive search firm Hunt Partners. Introduction of ESOPs and RSUs adds complexity to the contracts but are also a way for companies to ensure that the exiting CEO adheres to the non-disclosure and non-compete agreements. "Many companies impose a non-compete clause, which is linked to the severance package. It is termed as 'garden leave', or as a non-compete provision, which essentially means that they are offered garden leave for some months and asked to not join a competitor. They are compensated for this cooling off period," says Sharma of Lakshmikumaran and Sridharan. A fast changing business environment means that both companies and their senior most executives have to clearly spell out what happens when the two part ways, whatever the reasons. Golden handshakes are set to find their way into contracts here.