Close to half of the cream of India Inc. prefers to have lesser-known auditors. 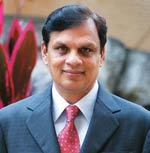 If your head is swirling with all those numbers, the short point is that it’s clearly a fragmented pie out there, although the Prime Academy report did point out that nine of the top 10 firms “owe allegiance to the Global Big Four”. That may well still hold true, what with the likes of Reliance Industries, Bharti Airtel and Infosys gravitating towards the Big Four’s affiliates for audit. However, here’s the surprise: Of the 50 companies that make up the National Stock Exchange’s benchmark index, the Nifty 50, close to half (23) have their books audited by non-Big Four firms. These include such high-profile corporations as Larsen & Toubro, HDFC Bank, DLF, Ranbaxy, Cipla, Sterlite, Videocon and the Future Group—all of who have put their trust in local accounting firms for audits.

It’s true that the Big Four’s services don’t come cheap—they charge four to five times the fees collected by their desi counterparts for external audits. Yet, for these multibillion dollar corporations, a crore here and there is small change (even in recessionary climes). Why then aren’t they keen to have a Big Four stamp on their books?

One reason for staying away from the Big Four is quite simply that many of India’s elite corporations are not exactly hungering for that stamp. A company like L&T or Hindalco or Grasim is a reputed brand in itself, and doesn’t need further trimmings of a global accounting brand to attract foreign investors or collaborators, points out an expert. Says a local auditor: “When it comes to integrity, capability, quality of people and between the Big Four and the top 10 local auditing firms.” Also, many of the top local firms have affiliations with global firms—for instance, Haribhakti & Co. has an alliance with BDO, K.S. Aiyar & Co. with Baker Tilly Intl, Doshi, Chatterjee, Bagri & Co. with BKR Intl, and Thakur Vaidyanathan Aiyer & Co. with TGI Intl.

If Indian promoters are reluctant to make a shift to a Big Four firm, it’s also because they wouldn’t want to sever decades’ old relationships. Says V.N. Dhoot, Chairman, Videocon Group: “Our local auditors have very strong internal control systems in place. In fact, we have a very strong relationship with them that dates back to our initial days.” Another strong argument put forward by many Indian companies in favour of local auditing firms is that senior partners at local as well as Big Four firms are all Indian CAs and have practically the same education and training.

The counter to such pro-local firms arguments is that there may be some promoters who are wary of the rigour that the Big Four auditors are perceived to display in their audit procedures. “We are known to be quite rigid in our auditing approach, which sometimes leaves very little scope for any personal interaction with promoters. We don’t bend when it comes to treatment of a particular accounting entry in the books,” says a Big Four partner on condition of anonymity. 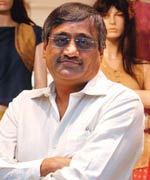 Kishore Biyani
A section of executives at Indian companies, however, feels that the Big Four sometimes gets lost in the maze of their own gobbledygook. “Sometimes, what they say sounds very theoretical whereas auditing is a very practical job,” says a CFO of a large IT company. He adds: “You lose common sense when you become more technical in your approach.”

Rather than call them in for audit, some of India’s biggest corporations prefer to rope in the Big Four at tasks they’re arguably better at—advisory and corporate finance. “There is no particular reason for appointing a local auditing firm. However, we also rely on the Big Four for advising us on risk management,” says Kishore Biyani, Chairman, Future Group.

In today’s troubled times, the mantra of “going global” isn’t heard that much. But the fact is that India’s top corporations have already set up outposts globally. In that context, having an auditor who understands the nuances of global risk makes immense sense. “A local auditor won’t be able to service you if you have operations or plants in over a dozen countries,” says a Big Four partner. And with the implementation of the more stringent International Financial Reporting Standards (IFRS) just two years down the line, the Big Four have a case for garnering more domestic business. Now, if only PwC wasn’t Satyam’s auditor..

Veterans in the downturn