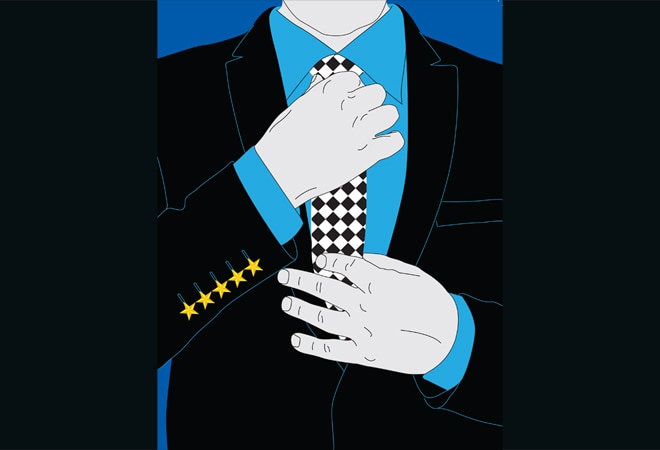 Most young executives dream of making it to the corner room one day. A vast majority never gets to the top job of a CEO. But for those that do, life could be lonely at the top, even frustrating and disappointing at times while searching for the right advice or advisors. Especially dealing with multiple stakeholder expectations and scrutiny ranging from the company's board to shareholders, suppliers, employees and customers. Coping with the role is not easy. A PwC study of 2,500 companies over the years shows that at least one-fourth of CEO departures in Fortune 500 companies were forced.

So, how do the most successful CEOs manage their companies? According to ghSMART's 10-year study of 17,000 C-suite executives, called The CEO Genome Project - featured in Harvard Business Review - spread over 10 years set out to pin-point the specific attributes that define high-performance CEOs. It broke many stereotypes. For instance, while company boards often preferred charismatic extroverts, it was the introverts who were more successful at delivering on expectations of shareholders and boards. It found that educational background was no guarantee of success of the CEO when put through the pressure-cooker role; that most successful CEOs had committed at least one significant blunder in their previous assignments.

But, most importantly, it found that successful CEOs displayed four key characteristics: They moved with speed and conviction; they took others along and communicated their vision effectively; they adjusted rapidly to the changing environment; and, foremost, they delivered reliably - rather their performance excellence was almost mundane.

Pick any of the Business Today Best CEOs of 2020 and you can reflect those qualities in them. Aditya Puri, the former HDFC Bank Managing Director & CEO, for instance, delivered superlative financial performance of 44.3 per cent CAGR with almost boring, monotonous consistency. Having built India's second largest bank from scratch, Puri remains one of the country's most venerated CEOs across generations, but he himself admires three giants: Jamie Dimon, CEO, JP Morgan Chase, for building it into the largest and one of the most reputed banks in the US; Satya Nadella for changing the culture at Microsoft and Mukesh Ambani for recreating Reliance. Puri believes he has laid the foundation for decades of sustained growth at the bank. "If you go back to 7-8 per cent GDP growth with the distribution network that we have, you will be amazed with the results," says Puri.

If Puri set the pace with remarkable consistency, Maruti's 65-year-old MD & CEO Kenichi Ayukawa is no different. The 18 per cent shrinkage of India's automobile industry in FY20 posed one of the biggest challenges in Ayukawa's seven-year stint at Maruti, but Ayukawa consolidated the Japanese small car maker's market share from low 40s to over 51 per cent - the highest enjoyed by any major car maker anywhere in the world. "Fiscal year 2019/20 was no doubt a very challenging year," he says. "There were many headwinds or changes in regulations, be it for safety or emissions, which made vehicles more expensive at a time when the overall economy was not so good and consumers had less cash," says Ayukawa. But Maruti's share has barely dented from 51.2 per cent to 51 per cent.

Then there are those that changed the course of their organisations. Business Today's Champion of Champions Mukesh Ambani was picked by the jury for the unbelievable metamorphosis at Reliance. From the days in 1997 when he took up his father Dhirubhai's challenge to pull off the construction of Asia's largest refinery at Jamnagar in 24 months (much less than half the 60 months such projects took that time) to transforming the largely B2B Reliance Industries into a consumer-focused entity. In the process, Ambani has creatied two giant organisations between Reliance Jio and Reliance Retail that are disrupting their industries at an unprecedented pace. And he is set to leave a legacy of his own, quite distinct from that of his illustrious father.

When Suresh Narayanan was tasked with the job of leading Nestle India, he was airdropped into resolving the biggest crisis of confidence Nestle was faced with in 2015. The firm's flagship product Maggi Noodles was alleged to be adulterated. Narayanan not just fought through the crisis with tactical poise but converted the crisis into an opportunity to transform a staid organisation. Nestle's digital-first strategy is not limited to marketing and advertising. It has instead digitised the firm's distribution and supply chain infrastructure as well. T-Hub is a digital platform that optimises the availability, dispatch and resourcing of logistics. "During the pandemic, there were blockages in certain areas and shutdown in others. All that was built into the algorithm, which would come up with optimal routes." Coming next is an app to onboard Kiranas digitally. But an even bigger impact has been enhancing Nestle's primarily urban footprint. When Narayanan took charge, Nestle predominantly catered to urban consumers. Five years since, consumers in Tier-II and III cities are the mainstay of the Swiss FMCG giant. "For me, places like Vizag, Bareilly and Gorakhpur are equally important and are not mere distribution points. In 2017, we had 9,000 distribution points, today, we are at 12,000. A year ago we were covering about 30,000-40,000 villages. Today, we are covering 90,000 villages and the vision is to take it up to 120,000," says Narayanan. The enhanced penetration into India's hinterland has been backed by a brand new product portfolio. As a result, 60 new products have been launched in the past two years.

We also profile our Lifetime Achievement Award winner K.V. Kamath, who built financial super house ICICI Group in India, and went on to head the new multilateral development institution New Development Bank headquartered in Shanghai. A global recognition to a CEO who worked all along in India.

Leaders such as Puri, Ambani, Ayukawa and Narayanan are more the norm than exceptions in this year's ranking. Their tenure and scale of operations may wary but their impact goes beyond their companies into the sectors as well as corporate India. Read what makes India Inc.'s Best CEOs tick in the following pages.

The Battle for Indian Retail