A look at some of the best tablets in different price categories. 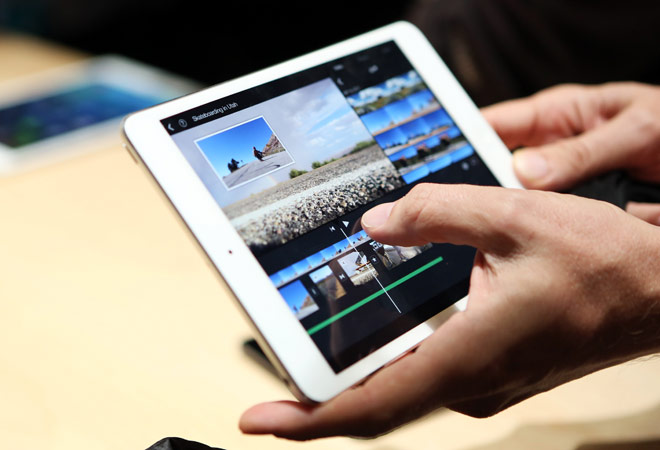 The iPad Mini with Retina Display has witnessed a price drop and the 16 GB variant is now available for around Rs 22,000. (Photo: Reuters)

Tablets aren't just an expensive piece of touch device or a bigger version of your smartphone. They are also a work and fun device. You need not spend a huge amount to buy one, and can get a decent tablet for as low as Rs 6,000.

A look at some of the best tablets in different price categories:

HP 7 PLUS TABLET:
While you can easily get a tablet for as low as Rs 4,000, just be ready to compromise with its performance. This 7-inch tablet from HP runs on Android 4.2.2 and has got a 1 GHz ARM Cortex A7 Quad core processor, which makes it a great media consumption device. You can comfortably spend hours reading on this tab. It also has a 2 MP rear camera and 0.3 MP front facing one. It has got slightly less internal storage at 8 GB but can be expandable using a memory card slot. Rs 6,999

HP OMNI 10:
If you are sceptical about spending money on an Android tablet, go for a Windows one. The HP Omni 10 has a plastic shell with rubber coating. Thanks to its rectangular design with rounded edges, it is easy to hold. The HP logo is engraved at the back, with the 3.5 mm jack for headphones on the left. The volume rocker is on the right. The power key is on the top right. The speaker grills are on the bottom side along with a micro HDMI port, a micro USB port and a covered micro SD card slot. It has got a 10-inch screen, covered by tough (Gorilla Glass 3) glass. The screen has a 1200x1980 pixels resolution. Rs 26,900

iPAD MINI WITH RETINA DISPLAY:
An Apple tablet will always remain an iPad, even if it is a year-old model. The iPad Mini with Retina Display has witnessed a price drop and the 16 GB variant is now available for around Rs 22,000. The tablet has a 7.9-inch display, a 5 MP rear camera and a 1.2 MP front facing camera for Facetime calls. This is the Wi-Fi variant and does not support a 3G SIM slot. The tablet is upgradable to the latest iOS 8. Rs 21,900

LENOVO YOGA TABLET 2:
Continuing with an all touch interface, Lenovo has added an innovative design element to this tablet. There is a hinge on one end of the tablet that makes it a lot more comfortable to hold. There is a kickstand too and when combined with the hinge, the tablet can be used in different modes. Opening the stand holds the tablet, making it a great content consumption device. The tablet has got an 8-inch full HD display with 1920x1200 pixel resolution, which is bright and sharp. The overall build quality is superb. Rs 20,999

SAMSUNG GALAXY TAB 4:
After Apple, yet another popular name in the tablet space is Samsung. The company has been aggressively launching tablets at different price points. The Galaxy Tab 4 is a 7-inch tablet running on Android KitKat OS. It is powered by 1.2 GHz Quad-core processor and has got 1.5 GB of RAM. The tabs internal storage is 8 GB and can be expanded using a maximum of 32 GB micro SD card. It comes with a SIM slot that provides data on the move and can also be used for calling. It has got a 4000 mAh battery onboard.

APPLE iPAD AIR WI-FI 16 GB:
Apple has recently announced the Apple iPad Air 2. But this doesn't mean that the older version of the iPad will get redundant. The Apple iPad Air has got a 9.7-inch display and yet it weighs only 469 grams. The tablet is only 7.5 mm thick. Coming with a one-year warranty, the tablet runs on iOS 7 and is upgradable to iOS 8 too. Running on A7 chipset with M7 co-processor, the tablet has got a backlit LED display which comes with finger print resistant oleophobic coating. The tablet features a 5 MP rear camera and has a 1.2 MP front facing camera.  Rs 28,900

SAMSUNG TAB S:
Like Android phones, Samsung has flooded the tablet space too. The recent launch being that of the Tab S that looks like a bigger sibling of the Galaxy S5 smartphone. The front display is accompanied with the multitasking key, back key and home key. The rear has the same textured finish. The 8.4-inch tab has got a 2560x1600 super AMOLED display. It is powered by an Exynos 5 Octa processor (1.9 GHz quad-core+1.3 GHz quad-core) and is couple with 3 GB of RAM. It runs on Android 4.4 (KitKat) and tops Samsung's customised UI. Rs 37,000